Protesters gather in Washington and other cities to oppose Kavanaugh vote 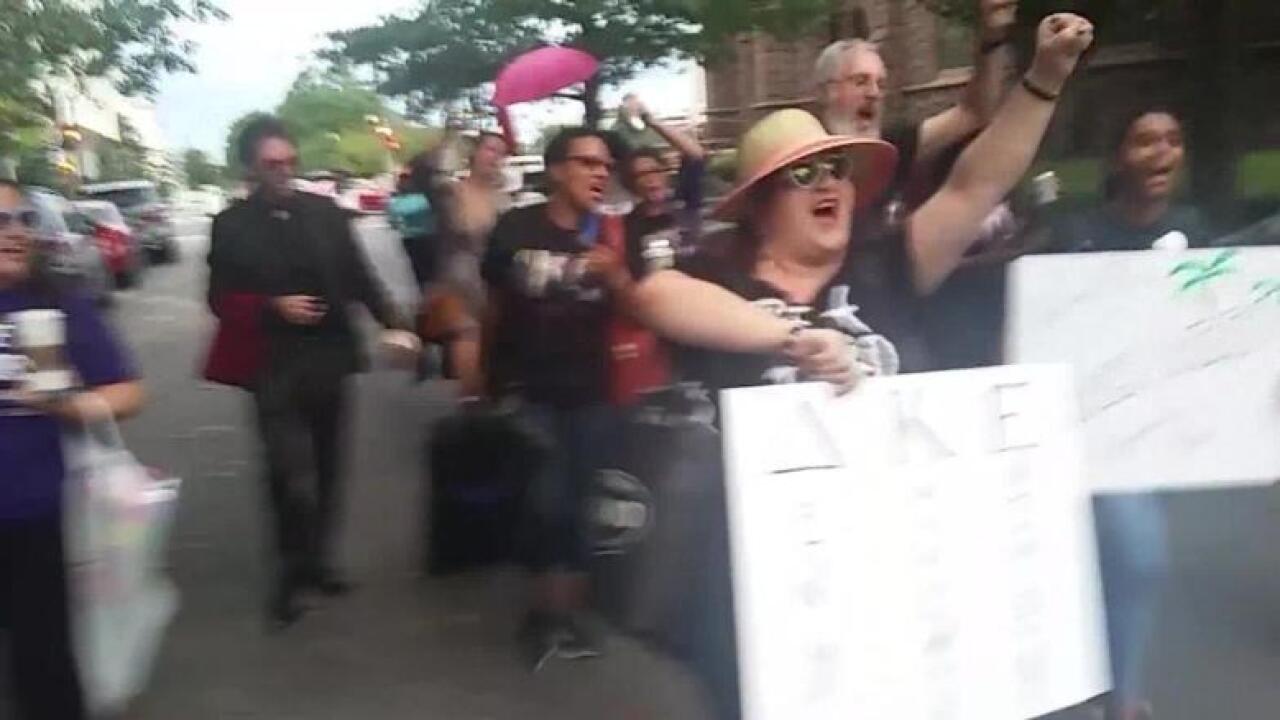 Protesters opposed to the appointment of Brett Kavanaugh to the US Supreme Court flocked to Washington on Saturday, and protests were scheduled as well in other cities across the country.

Crowds started forming in front of the Supreme Court building and at the US Capitol around 9 a.m. ET and grew through the morning. More than 300 protesters have been arrested in anti-Kavanaugh protests this week in the nation’s capital.

The Senate vote was expected to be held midafternoon. Kavanaugh’s confirmation appeared to be a sure thing after Republican Sens. Jeff Flake of Arizona and Susan Collins of Maine and Democratic Sen. Joe Manchin of West Virginia announced they would support Kavanaugh.

Demonstrators held signs calling Kavanaugh a bad nominee because of sexual assault allegations against him and saying the selection process seemed to be biased against women. One woman held a sign saying “Predators Club” with pictures of Kavanaugh, Justice Clarence Thomas and President Donald Trump.

Protesters have confronted lawmakers on the street and in elevators throughout the week. It was not known if they would employ that tactic Saturday or try to get inside the Capitol.

A demonstration was scheduled for Saturday outside Collins’ office in Portland, Maine, to show opposition to her support of Kavanaugh.

A group gathered there Friday and fell silent when she announced her decision, CNN affiliate WGME reported.

“It’s just this feeling of being utterly ignored,” Jenny O’Connell of Portland told WGME on Friday. “Susan Collins just made a huge choice to ignore her constituents and survivors (of sexual assault).”

The senator was elected in 1996 and would be on the ballot in 2020 if she decides to seek re-election.

According to postings on Facebook, protests also were scheduled Saturday in at least 10 other cities, including New York, Cleveland, New Orleans and Tucson, Arizona.