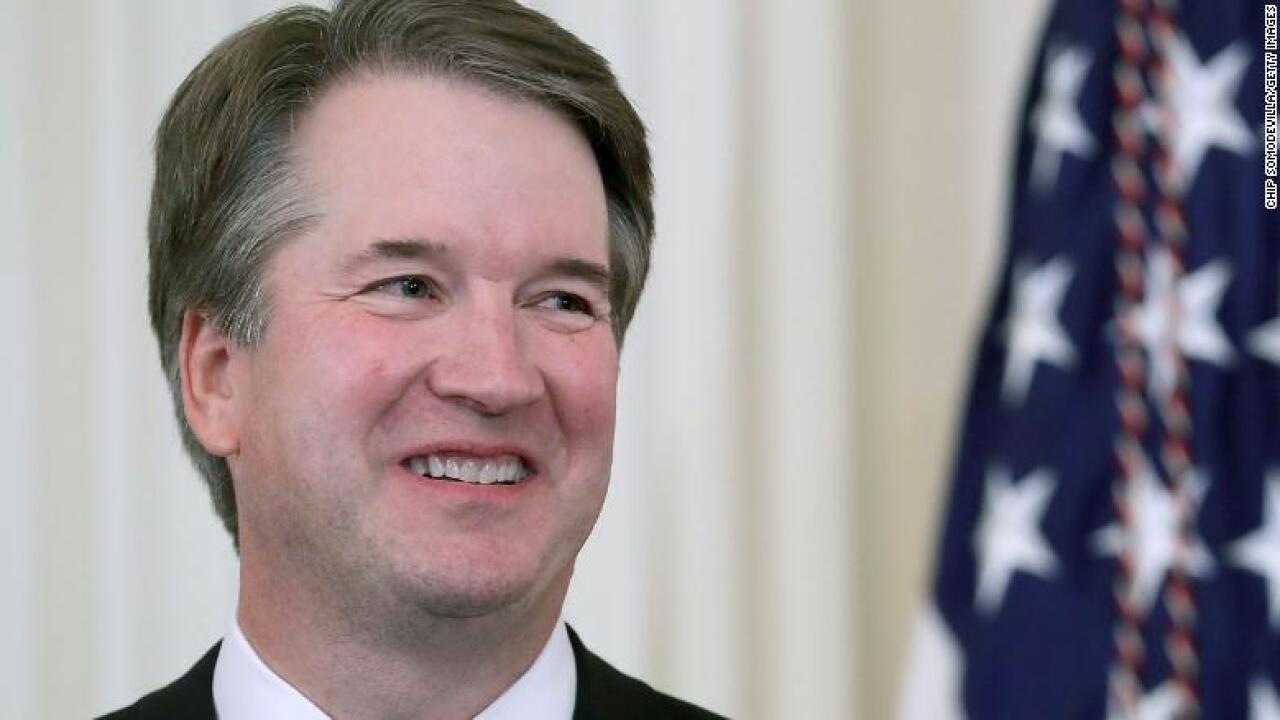 The Senate voted to send Brett Kavanaugh to the Supreme Court on Saturday, ushering in a generational conservative majority and delivering a huge victory to President Donald Trump after a vicious confirmation battle inflamed by allegations of sexual assault against the nominee.

As shrieks of “shame, shame, shame” echoed from the public galleries, divided and angry senators voted 50-48 to endorse a lifetime seat on the court for Kavanaugh. The protests underscored the vital importance of an appointment that will have sweeping consequences for some of the nation’s most contested disputes over abortion, LGBT rights, the scope of presidential power and the role of religion in society.

Hours later, Kavanaugh was sworn in at a private ceremony at the Supreme Court by Chief Justice John Roberts and the man he will replace, retired Justice Anthony Kennedy. Outside, a crowd of noisy protestors gathered, and was eventually pushed back from the ornate building’s steps by police.

The bitter fight over Kavanaugh now moves into the epicenter of the campaign for the midterm elections in November. Republicans are convinced it will motivate their sleepy base. Democrats believe a backlash against the GOP from women voters could help deliver the House of Representatives. And the nature of the fight over Kavanaugh will trigger recriminations inside the Senate and political reverberations outside for years to come.

In the end, Republicans were able to use their stranglehold on Capitol Hill and the White House to muscle through the confirmation in a power play that reflected the momentous importance of Trump’s 2016 election victory over Hillary Clinton.

Still, it was a close-run thing: Kavanaugh’s nomination was nearly derailed by Christine Blasey Ford’s allegations that the judge assaulted her when they were teenagers in the 1980s, which sparked uproar and forced Republicans to delay the confirmation vote for a week to allow time for a supplemental FBI background check.

Trump took a victory lap before an enthusiastic crowd at a rally in Topeka, Kansas, on what he hailed as a “historic night.”

“I stand before you today on the heels of a tremendous victory for our nation, our people and our beloved Constitution,” Trump said. He dismissed the allegations against Kavanaugh by accusing Democrats of waging a “shameless campaign of political and personal destruction.”

Democrats furiously accused the GOP of short-circuiting efforts to examine Ford’s allegations and of rushing the nomination through while ignoring the changed political dynamics surrounding complaints of misconduct against powerful men ushered in by the #MeToo movement.

Senate Minority Leader Chuck Schumer called the nomination “one of the saddest moments in the history of the Senate,” and said, “this chapter will be a flashing red warning light of what to avoid.”

Republicans “conducted one of the least transparent, least fair, most biased processes in Senate history, slanting the table from the very beginning to produce their desired result,” he added.

McConnell, who stalled Barack Obama’s nomination of Merrick Garland to the court in his final year in office and for whom the new conservative majority represents a defining achievement, predicted that Democratic tactics during confirmation battle would electrify Republican voters in November.

“They managed to deliver the only thing we had not been able to figure out how to do, which is to get our folks fired up,” McConnell said. “The other side is obviously fired up, they have been all year.”

Kavanaugh’s confirmation leaves the Senate traumatized with Republicans and Democrats as estranged as at any time in recent memory, reflecting the cavernous divides in the country itself during a presidency that has ignited rare political passions.

It represents the culmination of a decades-long project by the conservative movement to construct a like-minded majority on the Supreme Court which has been a defining and unifying cause in successive congressional and presidential campaigns.

The new profile of the court immediately makes Trump a consequential president, for all of the chaos and discord that rages around his White House, and means his legacy will include an achievement that eluded previous Republican presidents — all of whom had more authentic conservative credentials.

The ferocious nature of the confirmation battle could also have an impact on the Court itself, as Kavanaugh’s vehement and politicized defense of his own behavior raised questions about his temperament and whether he could genuinely be a honest broker and implementer of the law in the most sensitive cases.

The path to Kavanaugh’s confirmation cleared on Friday when two wavering Republicans, Susan Collins of Maine and Jeff Flake of Arizona, said they would vote for Kavanaugh after concluding that Ford’s allegations, voiced by her in an emotional hearing last week, could not be corroborated.

Their move meant that McConnell could forge the narrowest of majorities to clear Kavanaugh, despite the fact that another Republican, Lisa Murkowski of Alaska, opposed him.

Sen. Joe Manchin, a Democrat facing a tough re-election fight in West Virginia, a state where the President rolled to victory in 2016, also supported Kavanaugh.

Murkowski ultimately withdrew herself from the final tally as a gesture of goodwill toward her Republican colleague, Sen. Steve Daines of Montana, who supports Kavanaugh but was in Montana to walk his daughter down the aisle at her wedding. But the move did not affect the ultimate result of the vote.