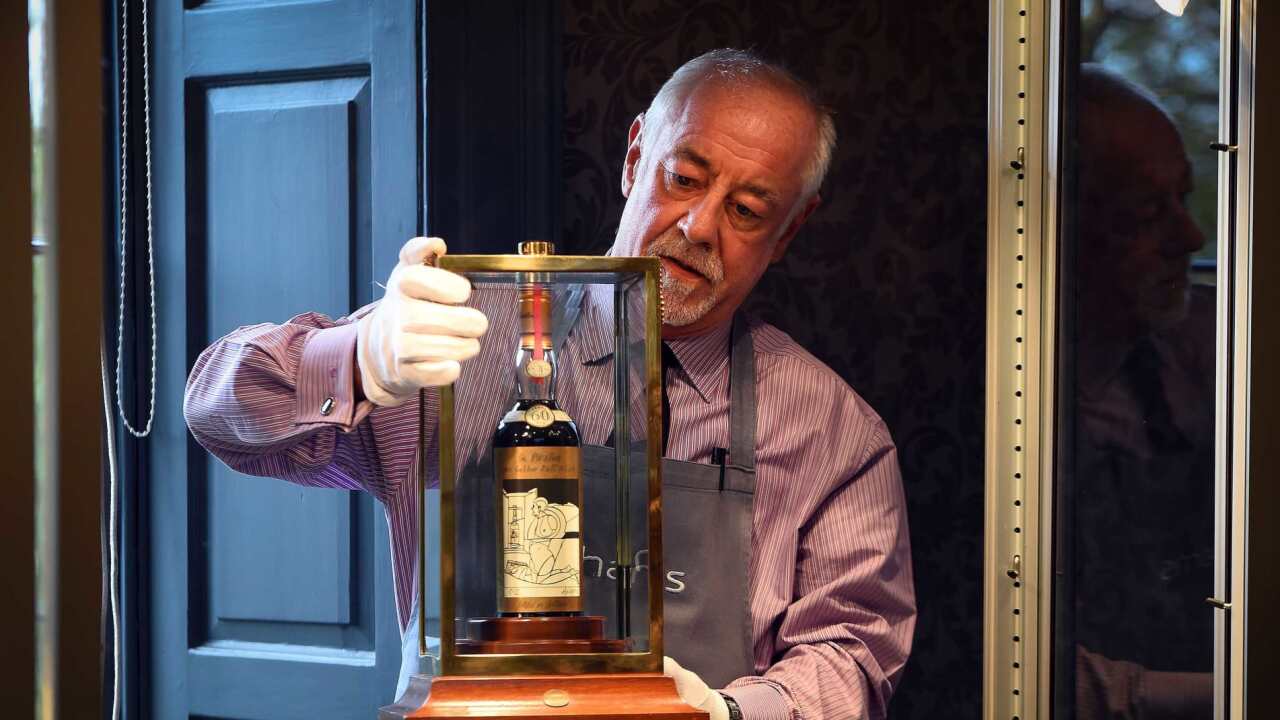 A rare bottle of single-malt Scotch was bought for more than $1.1 million in Edinburgh, Scotland, making it the world’s most expensive bottle of whisky to be sold at auction.

The winning bid for the 60-year old Macallan Valerio Adami 1926 was made by a private collector from Asia over the phone, auctioneer Bonhams told CNN.

The sale broke a previous record set by Bonhams in May when another bottle of that same single-malt was sold for a little over $1 million in Hong Kong.

The whisky sat in a vat for 60 years after being made in the 1920s. Credit: ANDY BUCHANAN/AFP/Getty Images

The whisky was in a vat for 60 years before being bottled in 1986. It has been described by experts as the “Holy Grail” of whiskies because of its quality, artwork and vintage.

“The world’s most serious whisky collectors will wait patiently for many years for a bottle to come onto the market,” Bonhams whisky specialist in Edinburgh, Martin Green, said in a statement.

Wednesday’s bottle was sold in a specially commissioned cabinet, known as a tantalus, and its previous owner bought it from the Macallan distillery for an undisclosed sum in 1994, Bonhams said.

The bottle is part of a limited edition of 24 bottles that Macallan had two pop artists, Valerio Adami and Peter Blake, design labels for.

Its price point might also be explained by Bonhams admitting that it doesn’t know how many of the 12 bottles — with labels designed by Adami — still exist.

One is thought to have been destroyed in the 2011 earthquake in Japan and at least another has been “opened and drunk,” Bonhams wrote.