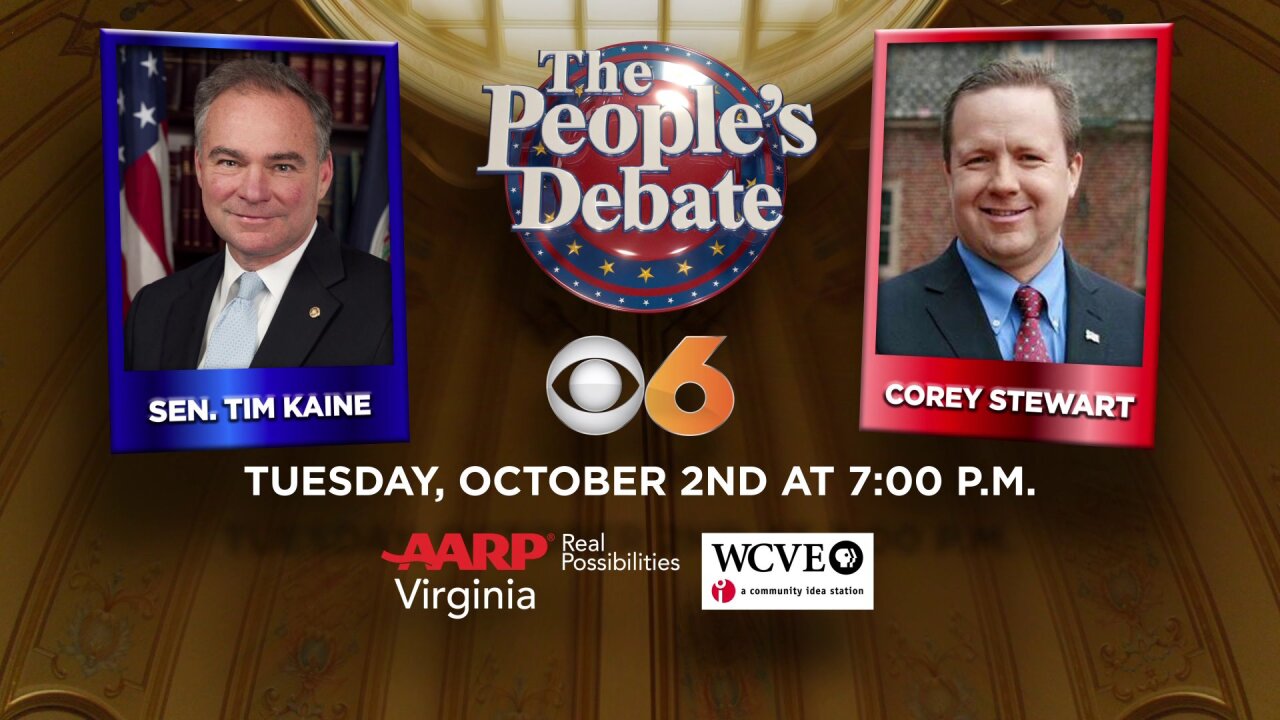 The People’s Debate will broadcast live on CBS 6, on WTVR.com, and the CBS 6 Facebook page starting at 7 p.m.

Tim Kaine was first elected to the U.S. Senate in 2012. He previously served as Governor of Virginia and Mayor of Richmond.

Corey Stewart is chairman of the Prince William County Board of Supervisors.