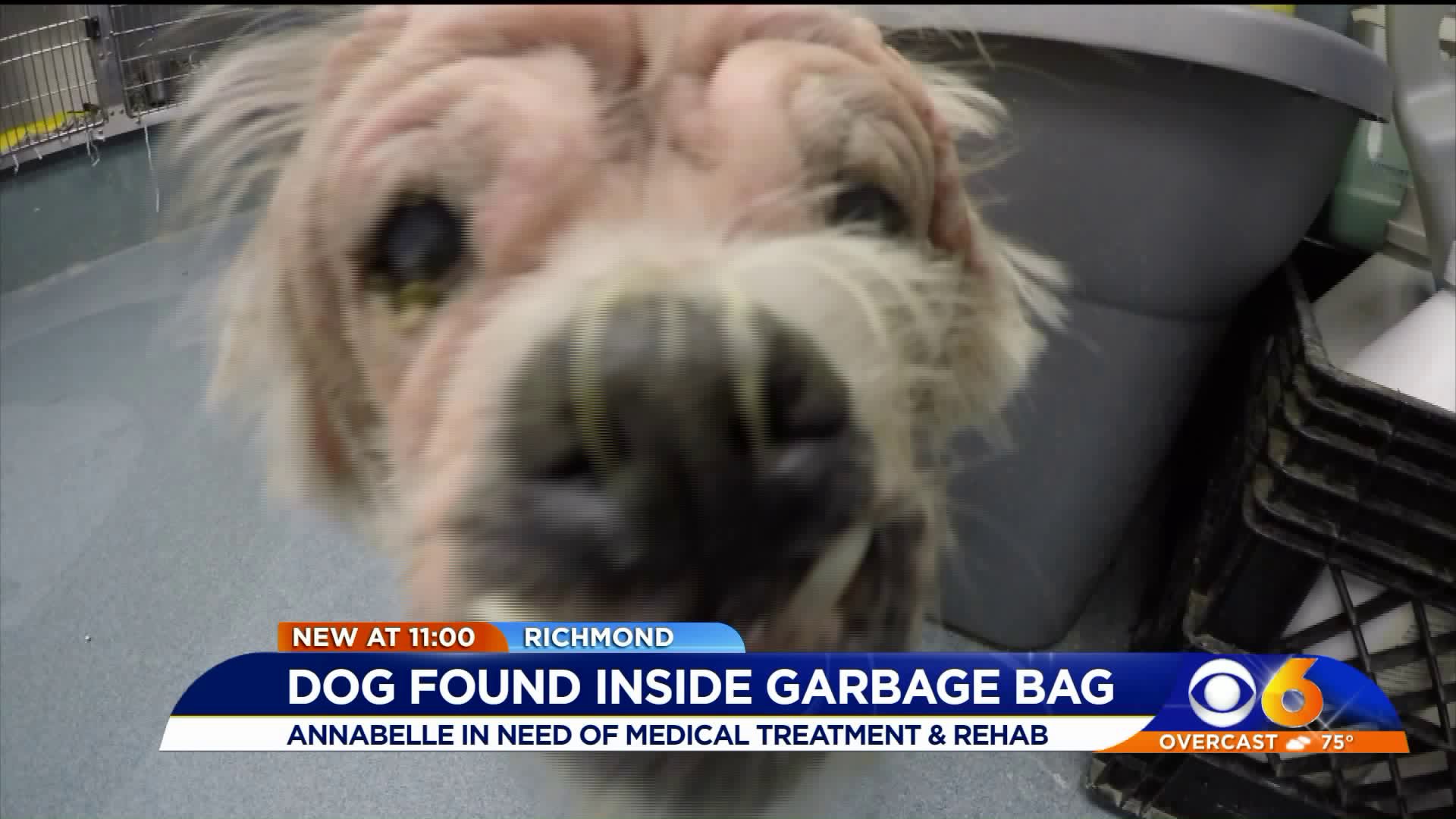 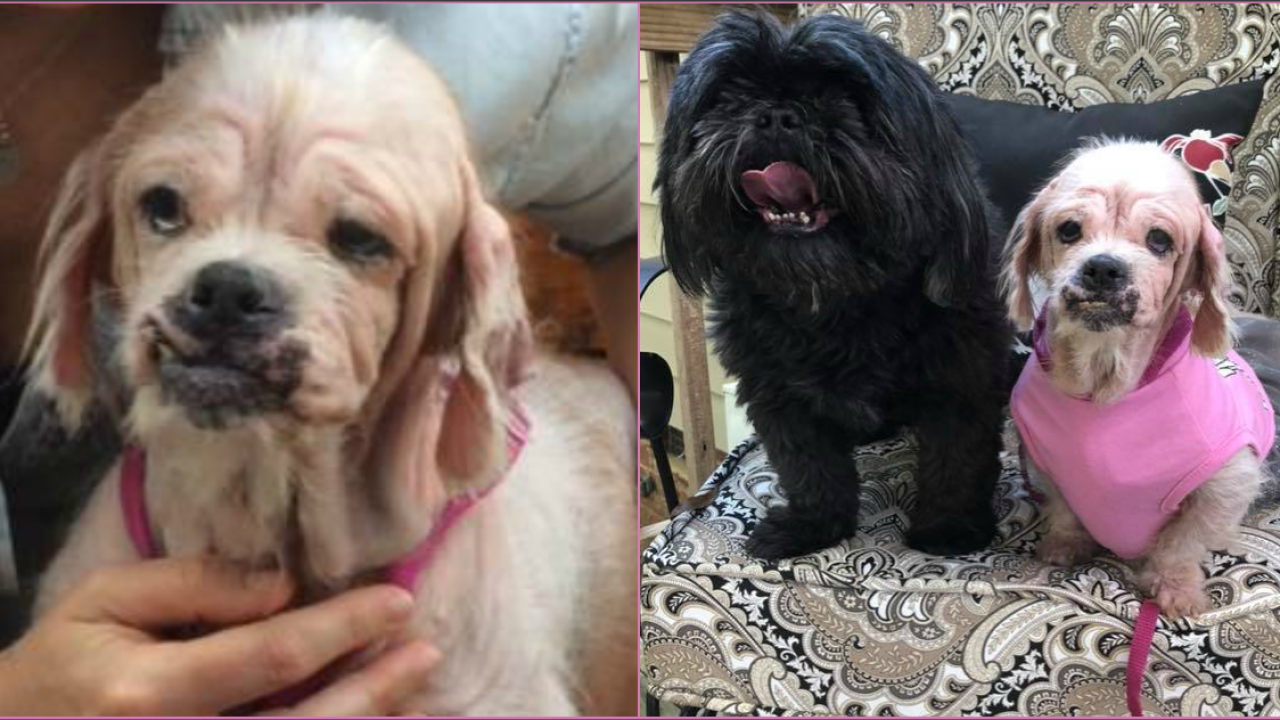 RICHMOND, Va. -- Annabelle, the sick and injured dog discovered in a trash bag along the side of a road in Richmond just over two weeks ago, has been adopted.

"The day has come!" officials posted. "We are THRILLED to announce that Annabelle was just adopted. A thousand thanks to each of you for supporting her through this journey at RACC. We share our joy with YOU! Good luck, sweet little girl, and may your life be wonderful and filled with love and snuggles."

Sherma Mather shared that the first thing Annabelle got to enjoy with her new family was "lunch with the girls."

"She had some pretty good snacks and got lots of attention at the restaurant," Mather posted.

Her new mom later posted a photo of Annabelle and said she was doing "awesome" in her new home.

"And she and her big brother Jake are getting along great!" Bridgette Magne wrote. "They’ve already eaten, and gone out, and had a visit and gotten presents! She’s sound asleep on my lap right now. Jake and I love her so much and can’t wait to give her the best life ever!!!"

Annabelle out to lunch and with her new brother Jake.

Magne added that she was looking forward to seeing the dog "thrive and be happy."

"I’ll try to start a FB and Instagram page for Annabelle and her brother Jake," she shared.

The Shih Tzu mix was discovered in a garbage bag on the side of Midlothian Turnpike and was brought into the shelter late on Sept. 13, according to RACC Director Christie Peters.

"[The citizens] showed up here with a dog that had been found in a garbage bag that was still in the garbage bag in their car," Peters explained.

Nearly 100 percent of the dog's skin was infected including both of its eyes. The dog, that the shelter named Annabelle, is estimated to be five years old and also has poor teeth.

Peters said Annabelle was fortunate to be alive. The Shih Tzu was the first dog found in a garbage bag brought in alive to the shelter. Peters said most dogs found in bags are already dead.

Annabelle is incredibly sweet and playful despite her appearance, Peters said.

“Her little body is crawling with infection and needs immediate medical intervention,” RACC wrote in a post that's gone viral on Facebook. “We just can’t believe she is still alive.”

Officials has asked anyone who recognized the dog or anyone who knows anything about the people connected to her to contact them, but at last check no one had come forward.

If you would like to donate to help cover the costs of medical treatment and rehab for dogs like Annabelle, click here. Donations can be made via PayPal at Savinglives@raccfoundation.