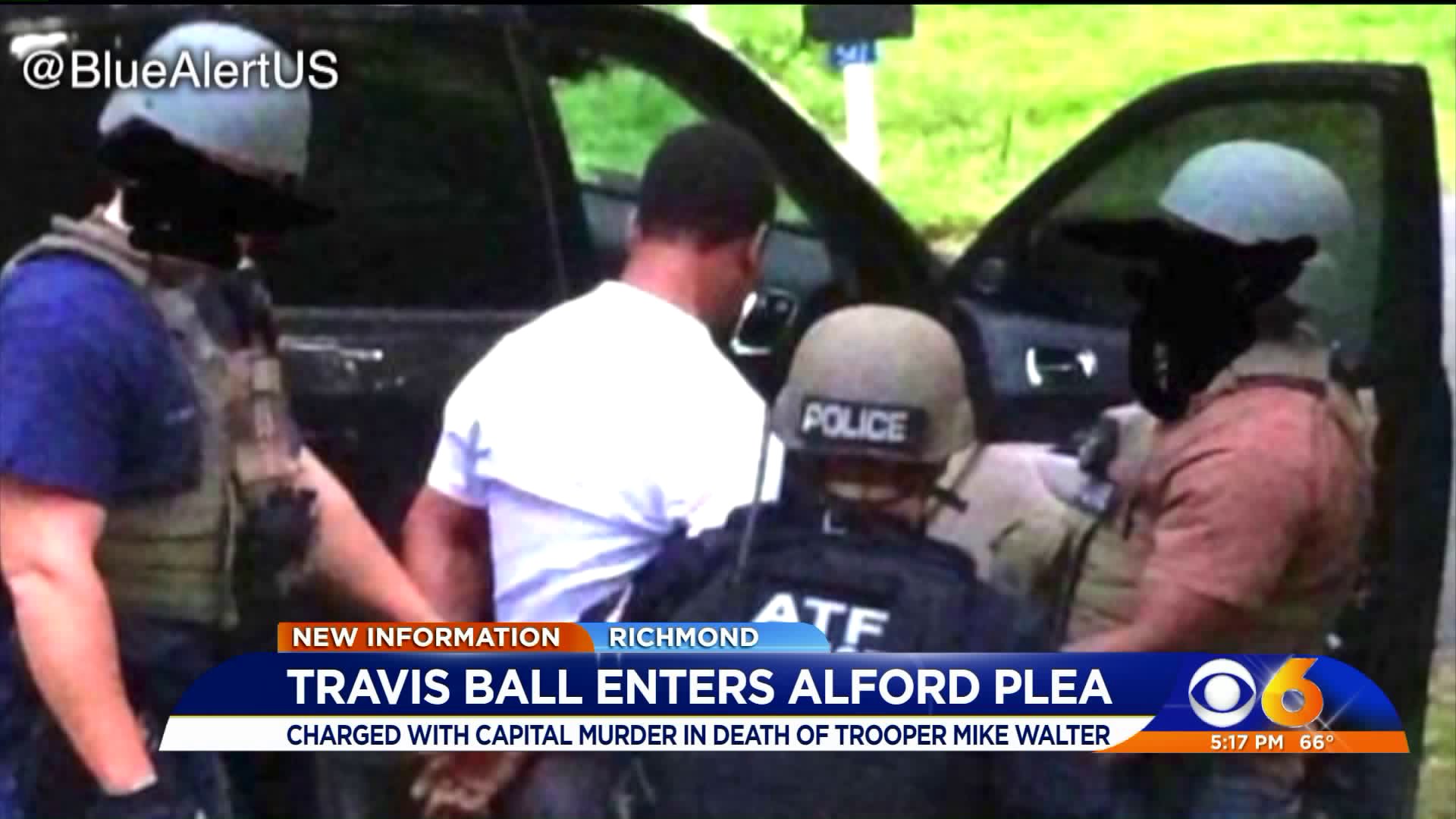 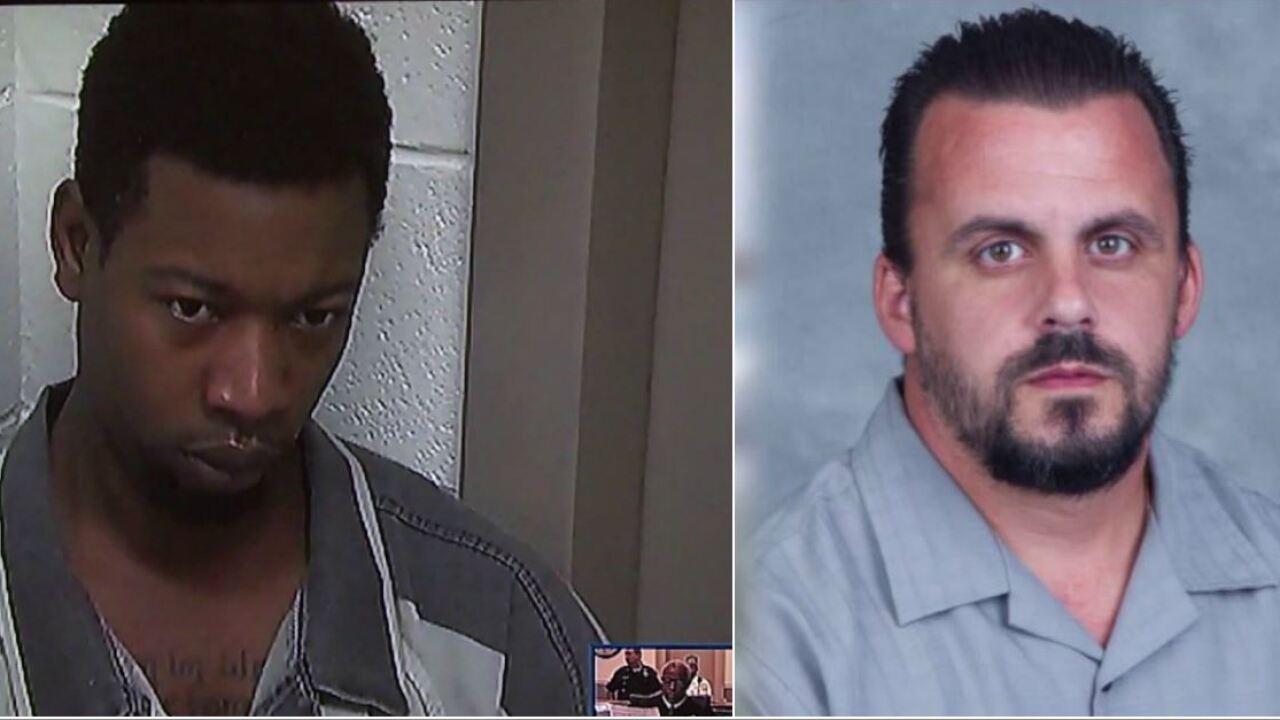 RICHMOND, Va. -- Travis Ball, the man arrested for killing Virginia State Trooper Mike Walter in May 2017, has entered an Alford plea to one count of capital murder. In addition to the plea, it was announced Ball, 27, would no longer face the death penalty when he is sentenced next month.

An Alford plea is a guilty plea, however it is not an admission of guilty. It is an acknowledgement that enough evidenced existed to convict Ball for the crime. He was scheduled to go on trial Oct. 9.

Ball shot and killed Walter after Walter approached the car where Ball sat in Richmond’s Mosby Court the night of Friday, May 26, 2017, according to police.

Ball was able to escape police that night, but later surrendered the next morning at a relative’s home in the Northern Neck.

"There is always an advantage and disadvantage of going to trial and not going to trial period for a prosecutor, what they get here is they don`t have to worry about years of appeals,” Stone said. “That means the victim’s family has closure. Also means he`s facing up to life in prison, so that`s obviously a significant penalty."

Ball is scheduled to appear in court for sentencing on Oct. 11.

Richmond Commonwealth’s Attorney Mike Herring declined to comment on the case until once the sentencing phase is concluded.