Virginia State Police responded to reports of a multiple vehicle crash at southbound I-95 at the 108-mile marker at approximately 8:32 p.m.

Police say their preliminary investigation indicates that the first crash was a “causal factor” for the second crash. 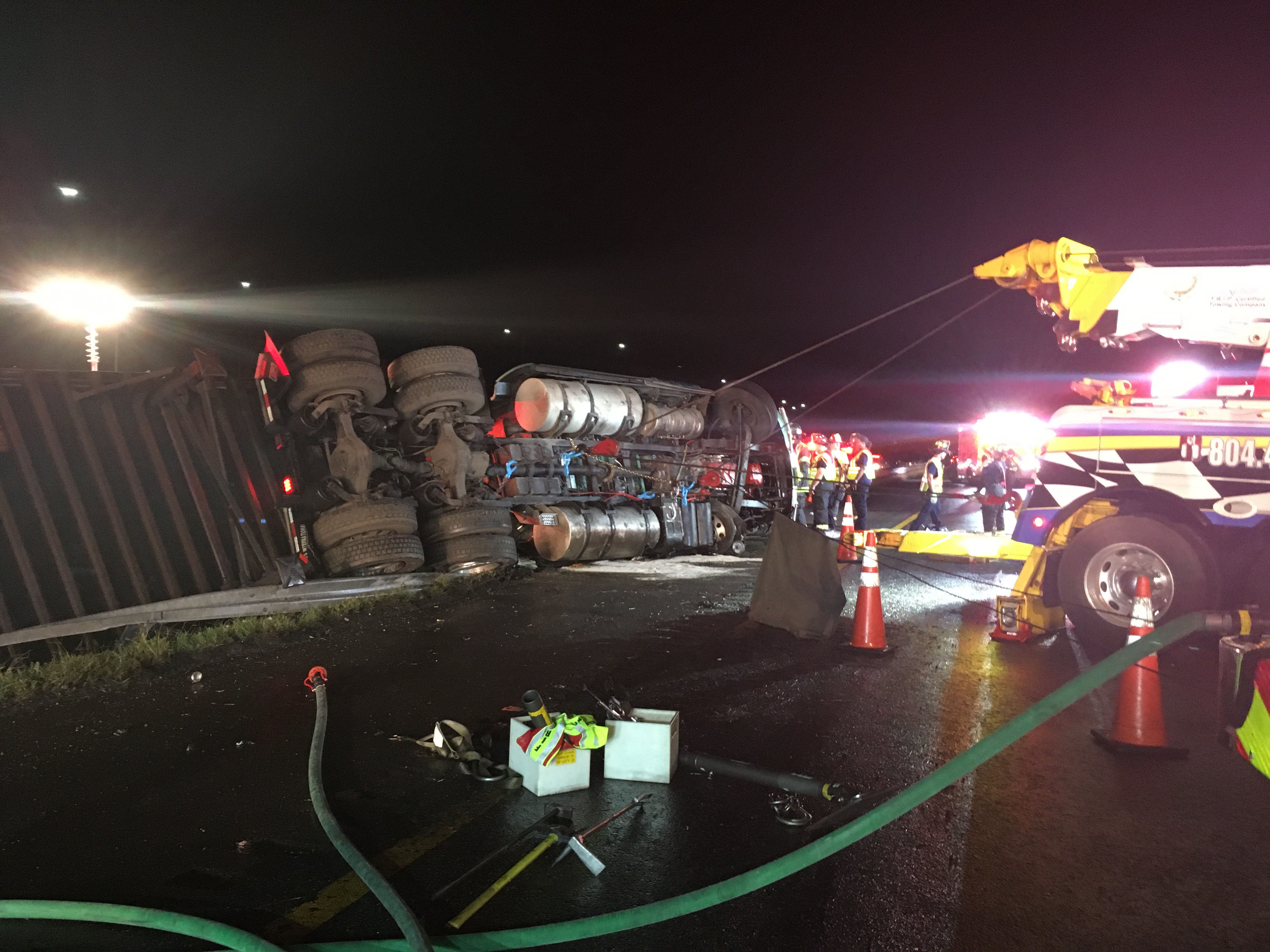 “A 2012 Dodge Ram pickup hauling a utility trailer was traveling southbound in the right center lane and attempted to take the exit for the rest area. [The driver] veered into the right lane and into the path of a 2007 Volvo tractor forcing the tractor to hit the [2012 Dodge Ram] in the rear,” said State Police spokesperson Keeli Hill. “The utility trailer detached from the pick-up and then rested in the center lane.  A 2018 International tractor hauling several thousand pounds of plastic struck the utility trailer. [That driver] then lost control going off road left, hitting the guard rail, and then overturning.”

The driver of the 2018 International tractor was extricated from the vehicle and transported to the hospital with serious injuries.

There were no other injuries reported.

The driver of the 2012 Dodge Ram pickup was later found not guilty of a traffic violation.