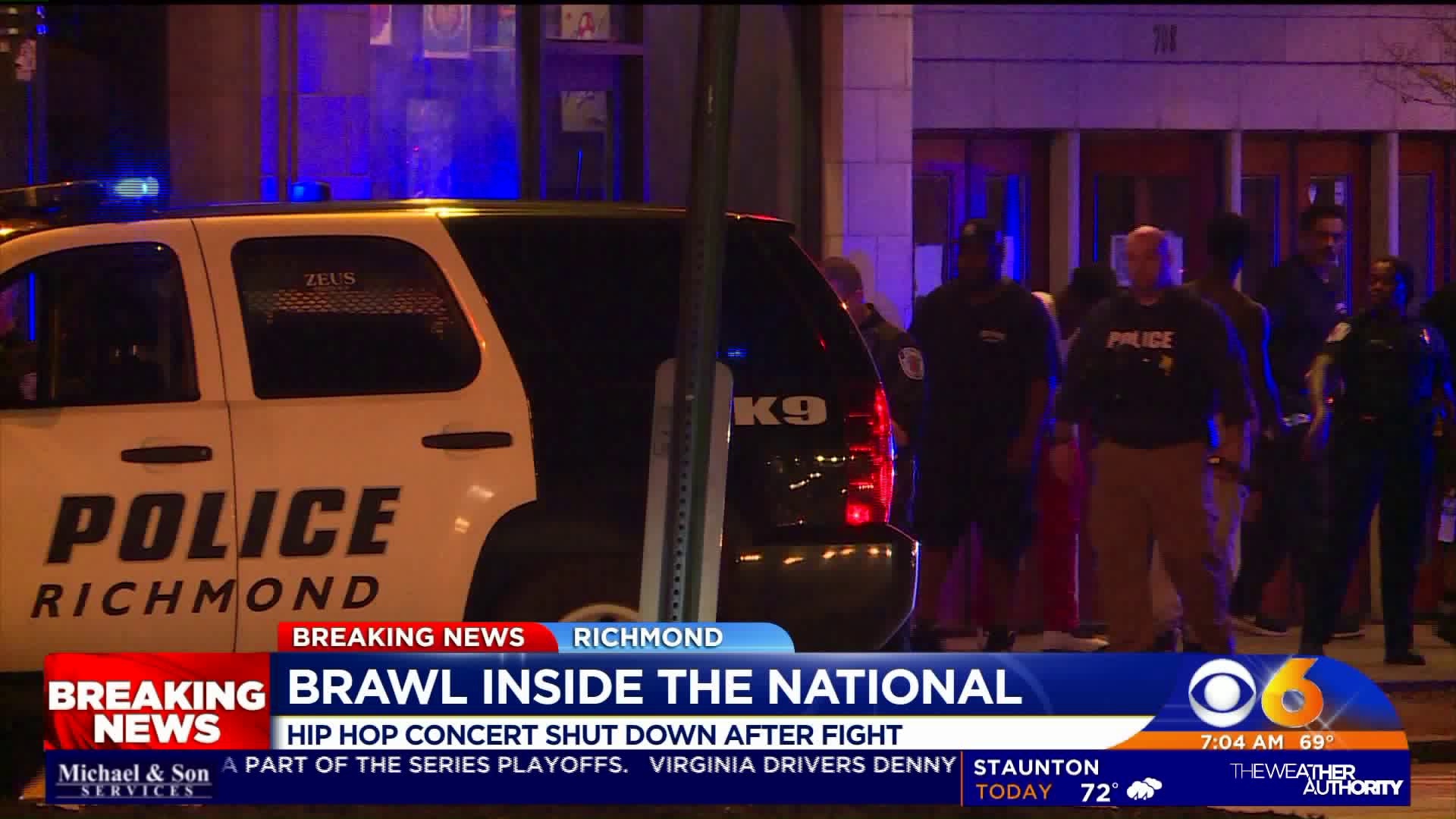 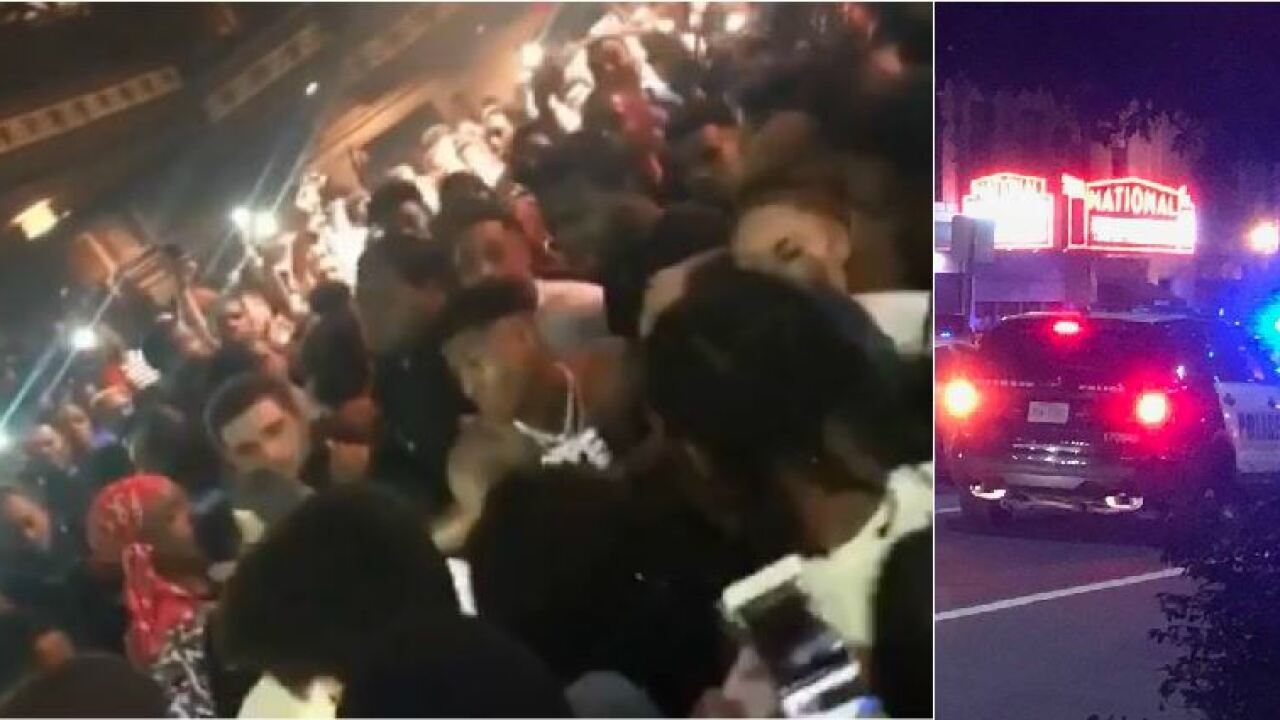 RICHMOND, Va. -- Richmond Police issued a mayday call Friday night to break up a crowd after a fight at The National on Broad Street in downtown Richmond.

Rapper NBA Youngboy was performing at The National on Friday night.

Video posted on Instagram appears to show the Louisiana-based artist fighting with someone in the crowd. Details about what happened before the recording was taken were not clear.

No injuries, nor arrests were reported.

Warning: The images and language in these clips are not suitable for all users.

NBA Youngboy gets into fight at his show in #RichmondVA pic.twitter.com/u8pvj7y97Y

Police were called to the theater at about 11:45 p.m. Friday, according to Richmond Police Lt. Lisa Watson.