WAYNESBORO, Va. -- New details were released Friday about a two-headed baby copperhead found earlier this month outside a home in Woodbridge, Virginia.

The snake is currently being monitored by a state herpetologist after it was examined at the Wildlife Center of Virginia in Waynesboro.

"It appears as though the left head is more dominant – it’s generally more active and responsive to stimulus," a spokesperson for the veterinary hospital said. "Radiographs revealed that the two-headed snake has two tracheas [the left one is more developed], two esophaguses [the right one is more developed], and the two heads share one heart and one set of lungs. Based on the anatomy, it would be better for the right head to eat, but it may be a challenge since the left head appears more dominant."

Photos and video of the snake were going viral on Facebook after Powhatan-based animal removal business Virginia Wildlife Management and Control shared them earlier this month. 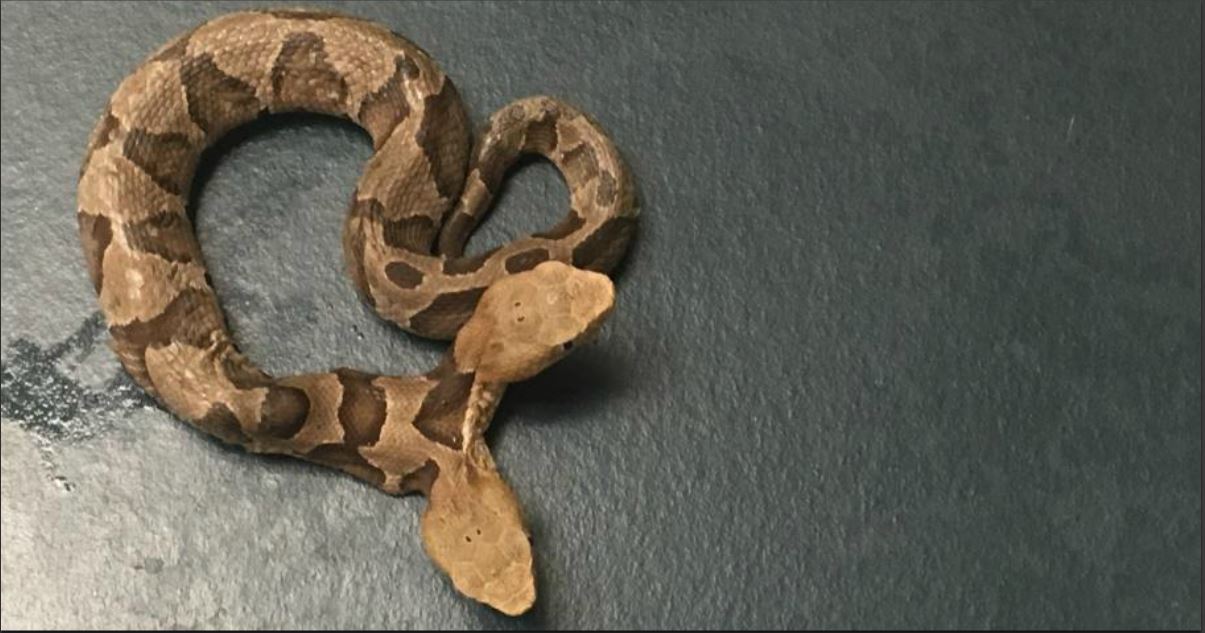 "That snake has been going crazy," Perry said in reference to his social media post.

He said he had been fielding calls and messages from around the country from people looking to buy the rare reptile.

For now, the snake will remain with the state herpetologist.

"Wild two-headed snakes are extremely rare," a spokesperson for the center said. "They just don’t live that long. The herpetologist will continue monitoring the snake; if it survives, it will likely be placed in an educational facility."