Holmberg on Florence recovery: ‘Wilmington is no longer an island’

WILMINGTON, NC -- As North Carolinians begin cleaning up days after a massive hurricane brought days of rains and wind that downed trees and power lines, there is some good news to share from one city cut off from the rest of the state due to flooding.

"As recovery efforts make steady progress, a curfew is in effect from 8 p.m. until 6 a.m.," Wilmington officials said Wednesday. "While the island itself did not sustain severe damage, at this time many roads leading to the Wilmington area are impassable due to flooding."

Longtime WTVR CBS 6 reporter and commentator Mark Holmberg, who retired in February of 2018, filed this report from where he lives in downtown Wilmington:

We got our power back on at our downtown house last night thanks to a power crew from Michigan/Indiana!

Duke Energy was saying Sunday because of trees tangled up in the wires. A neighbor and I took care of one of them but the other was a way-high crazy tangle.

The young guy for the crew in the bucket truck was an absolute magician with a chainsaw, cabling parts of a huge top of a precariously balanced live oak down to the ground like a surgeon. I’ve cut down many trees in my life -- this guy would win the gold medal. We all just watched in amazement.

"Magician with a chain saw"

At the same time a Red Cross lunch truck came down the street, the driver announcing free meals on his loudspeaker.

They parked for the better part of an hour right in front of our house as people from all over the community got hot ravioli, corn, apple sauce and water.

Of course, goofy me got on the loudspeaker, thanking the still-working power crew and all of our neighbors by name, prompting laughter.

The Red Cross crew was from New York. The food was cooked at a super well-prepped local Baptist Church on Independence Avenue.

We all really enjoyed visiting with these fine people.

This evening snapshot -- them, the Red Cross volunteers, the lady from the Baptist Church, our community breaking bread after days of working together - is what this land is really about, not the bickering and whining that we see and hear too much of because of the news and social media.

We’ve seen this spirit all over town. Volunteers from Tennessee cutting huge trees blocking roads in midtown, church groups from all over helping to cover shattered roofs.

Cheers rang through our diverse neighborhood as the power came on.

Still so much to do. But some neighbors who left the area and state for the storm are starting to find their way home. Wilmington is no longer an island. 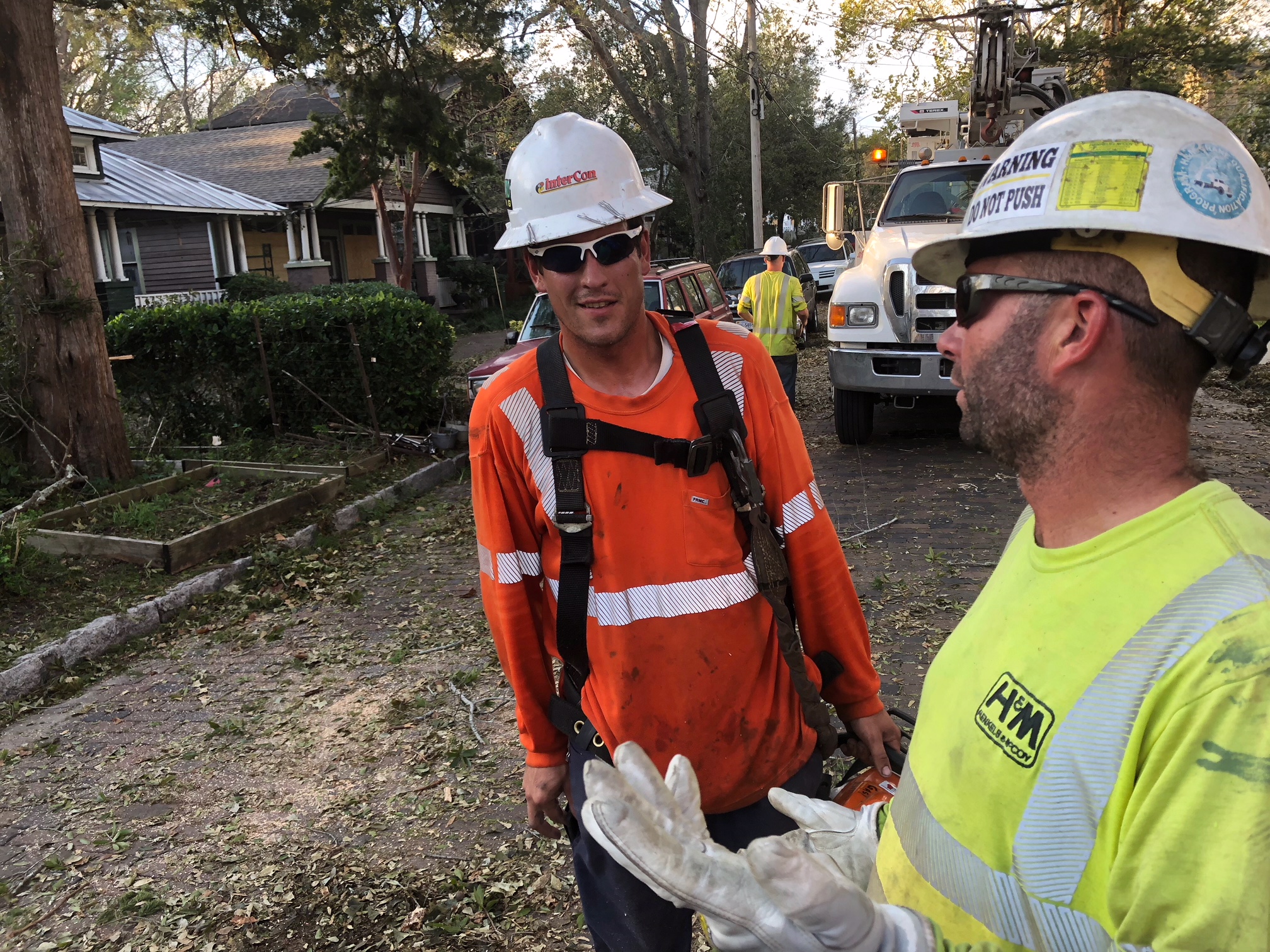