CHESTERFIELD COUNTY, Va. -- The damage along Speeks Drive in Chesterfield was obvious from the ground. But thanks to a drone, images from the sky showed the true extent of Monday's tornado.

The EF-2 tornado, with wind speeds around 120 mph, that struck Old Dominion Floor Monday afternoon ripped the roof off the warehouse and caused the building to collapse.

One worker inside the warehouse was killed. His body was found under roof debris. 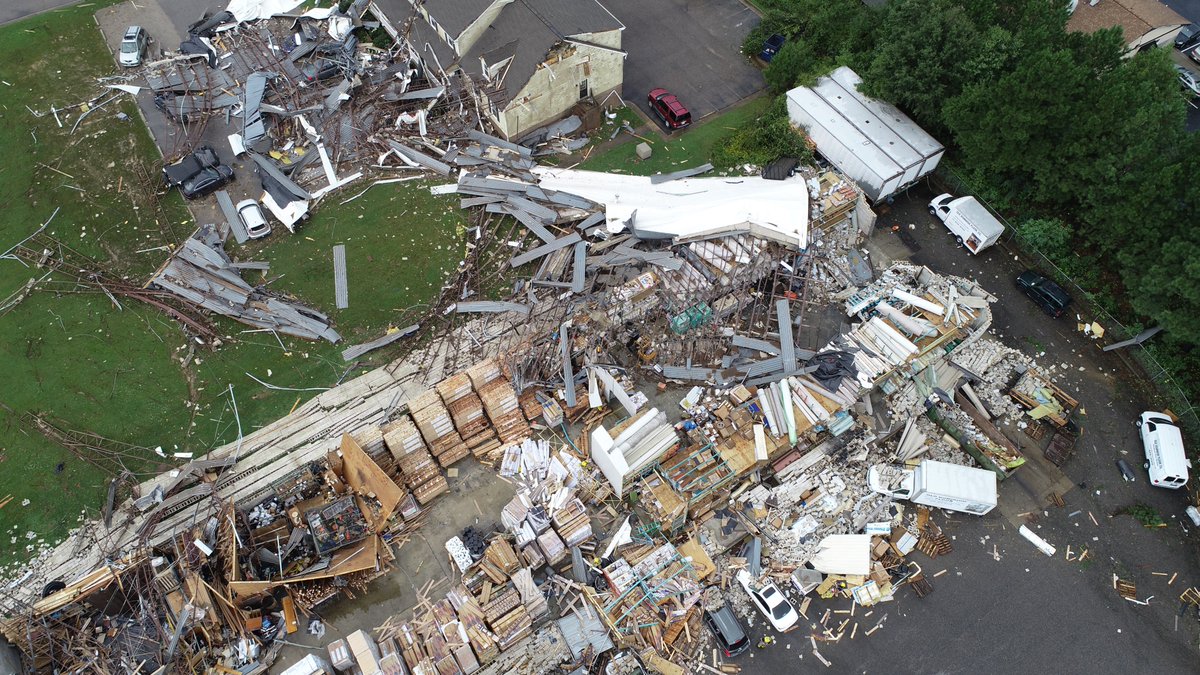 “We were able to actually meet with the manager of the flooring company that notified us fairly quickly, almost immediately, that he had accounted for all of his employees, expect that one,” Lt. Elmore said.