ROCKY POINT, NC — A North Carolina family’s home is destroyed for the second time in less than 20 years due to hurricane flooding.

Susan Bostic and her family gathered what few belongings they could carry and fled their home in Rocky Point, North Carolina, on Saturday. They crammed an enclosed trailer with beds, linens and other furniture, along with packing necessities like clothes and toiletries.

Their goal was to get to higher ground, where rising waters left in Hurricane Florence’s wake wouldn’t put Bostic, her son, daughter-in-law and their children in danger.

Florence roared ashore near Wrightsville Beach, North Carolina, on Friday as a Category 1 storm. It has since been downgraded to a tropical depression, but authorities say the danger is far from over as flood waters continue to rise.

So far, at least 14 people have died due to Florence, including at least three killed in fast-moving floodwater in North Carolina.

Bostic said her family lost everything when the Northeast Cape Fear River topped its banks during Hurricane Floyd in 1999.

“When I got flooded out from Floyd I had nothing. Now I’ll have something to start over with,” Bostic said Saturday. “At least I’ll have some furniture. And I got a toothbrush. I didn’t even have that during Floyd.”

Bostic said Sunday she and her family are safe and staying with other family members, but their home, which is about 200 yards from the river bank, is already flooded and the water is still rising.

The Cape Fear River is expected to crest at about 25 feet on Monday. That would top the record-setting level of 23.51 feet reached during Floyd.

Bostic and her family aren’t the only ones facing repeat flood damage. Residents across North Carolina are still struggling to rebuild after devastating flooding during Hurricane Matthew in 2016. 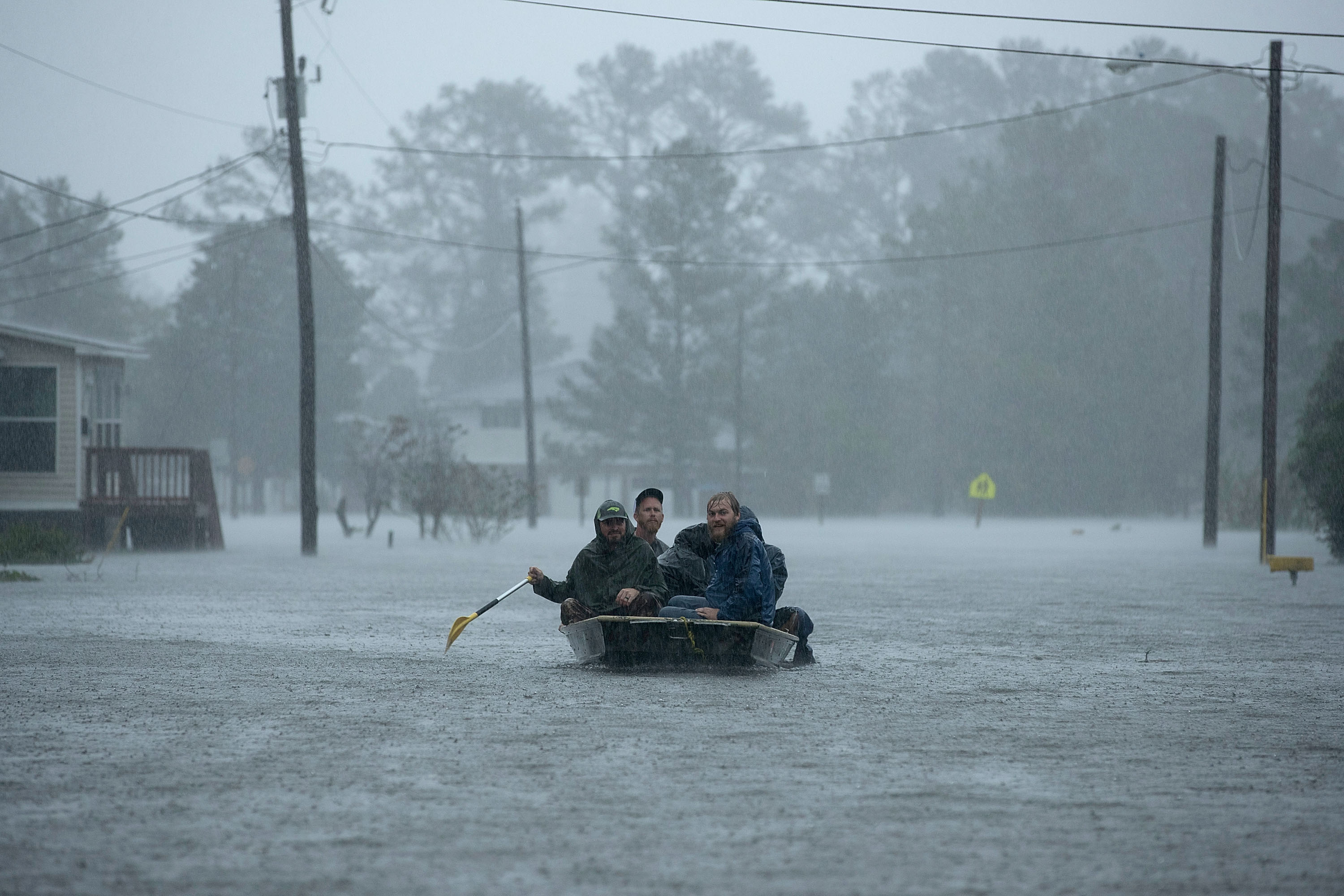