5,000-plus customers lose power after car hits pole in Lakeside

Some neighbors said they heard a loud bang before they lost power.

"I saw them rolling her on the stretcher after they had finally gotten her out," Anne Lancaster said. "They couldn’t get to her because the wires were resting on the car."

Rayhan Dudani with Dominion Energy said a transformer bank on the utility pole caused thousands of customers near Lakeside Avenue and Oakwood Lane to lose power.

"When that piece of equipment came down it knocked down power to roughly 4,000 customers in the area," Dudani said.

Neighbors tell us soon after the crash everything in their homes turned off.

“The fans went off, no air. I couldn’t do anything, I decide to sit on the front porch and watch the activity.”" said Lancaster.

As of 1:30 p.m., only seven customers were still without power.

Police closed off a portion of Lakeside Avenue between Parkside Avenue and Nelson Street until 2 p.m. while Dominion crews made repairs.

Police said the driver was taken to an area hospital with minor injuries.

After investigating the scene, officers said they do not think speed or alcohol played a role in this crash.

As a result, the driver was charged with reckless driving. 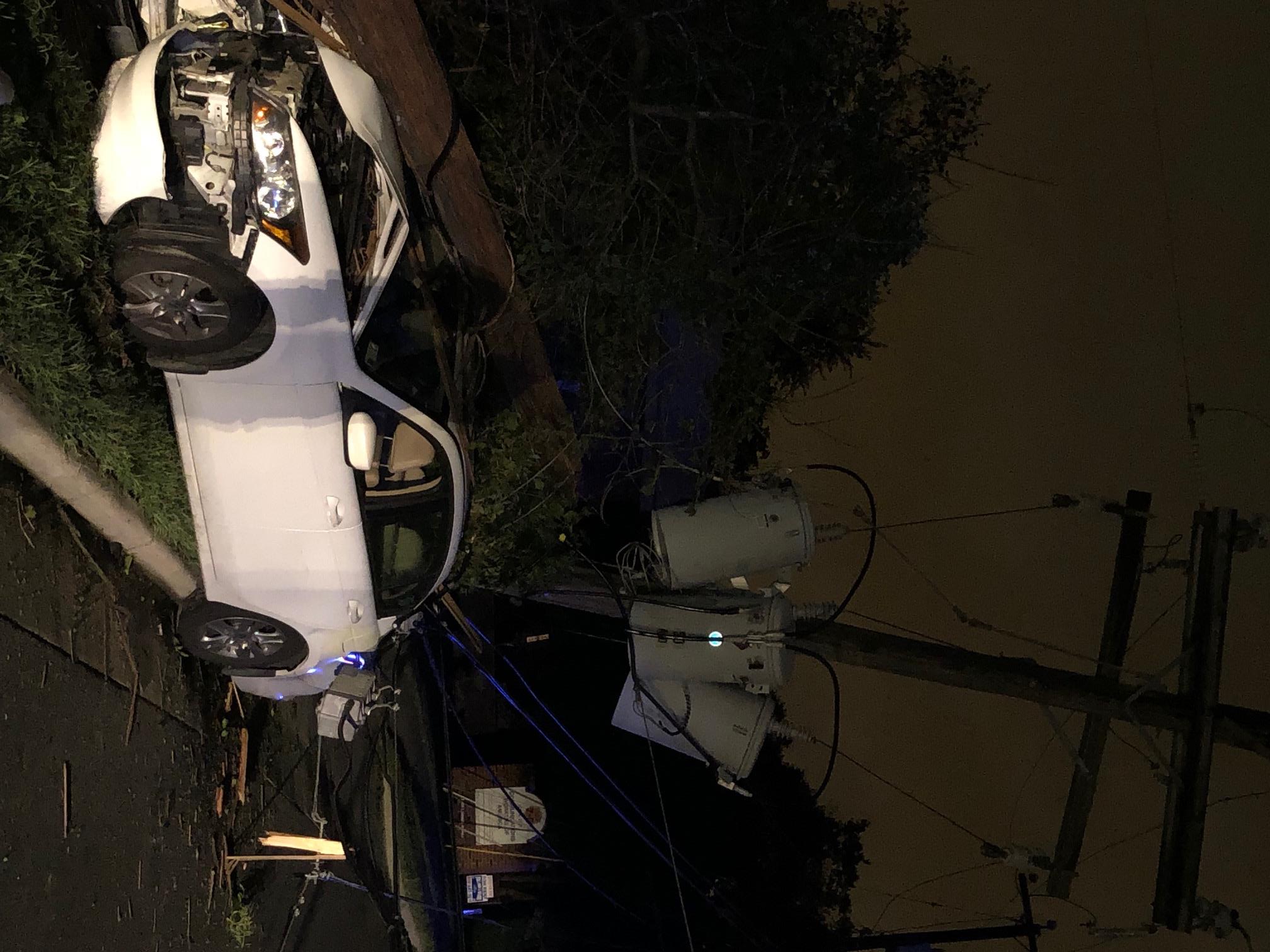