Over the summer, Mary Halsey’s hilarious rendition of the rapper’s hit song “Work It” went viral when she performed at a local karaoke event at a park in West Warwick, Rhode Island.

Mary told Ellen she was shocked when Missy Elliott retweeted her video with praise and shares “Work It” has been her go to karaoke song for 15 years. 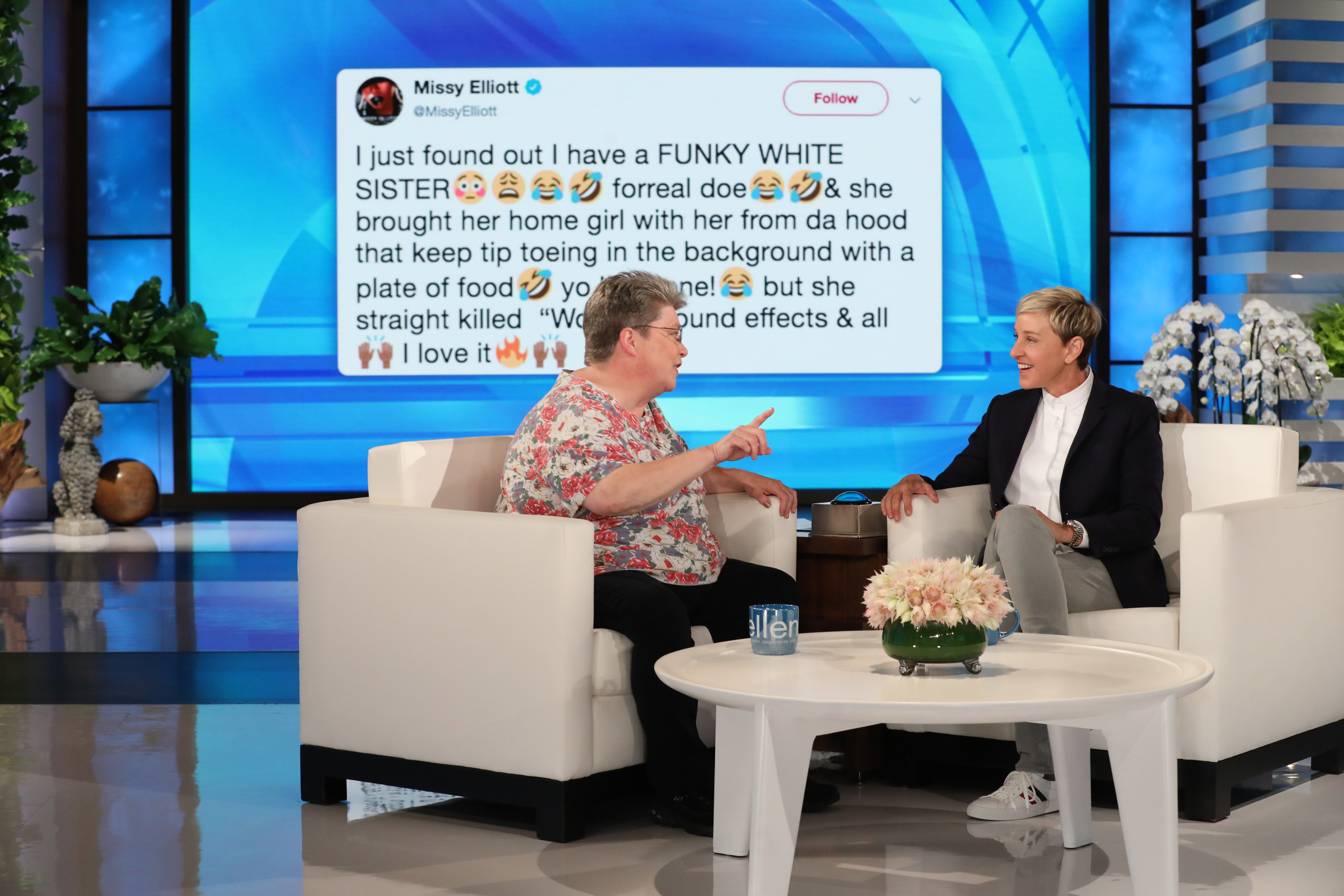 Then, don’t miss Mary’s priceless reaction as she’s joined on-stage by surprise guest Missy Elliott during her incredible performance of “Work It!”

Missy shares what intrigued her about Mary’s cover and talks about the mystery of the lyrics in her iconic song.

Plus, Missy surprises Mary with a signed Missy Elliott shirt and Ellen gives her a “Funky White Sister” jacket to wear the next time she performs.

Elliott grew up in Portsmouth, Virginia.

Catch all-new episodes of “The Ellen DeGeneres Show” weekdays at 3 p.m. on CBS 6.