YORKTOWN, Va. – One group is taking action for veterans with spinal injuries by bringing them out on the water for a day of fun.

The Yorktown Rotary Club hosted 35 veterans from the Hampton and Richmond out on the York River for a day of fishing, and WTKR tagged along to see their work in action.

Veterans said the activity can help with depression, and Marine Corps veteran Daniel Atcherson knows first hand how this is true after he suffered a spinal injury at the age of 49.

“Left me paralyzed for a few weeks – that was the scary part,” Atcherson said.

Thomas Harris, Jr. helped organized the event, and he said many of the veterans have no legs or no real use for their arms.

“In some cases all of them are in a wheelchair [or] some of it is on a gurney. It takes several people to get them loaded onto and off the boat,” Harris, Jr. said. 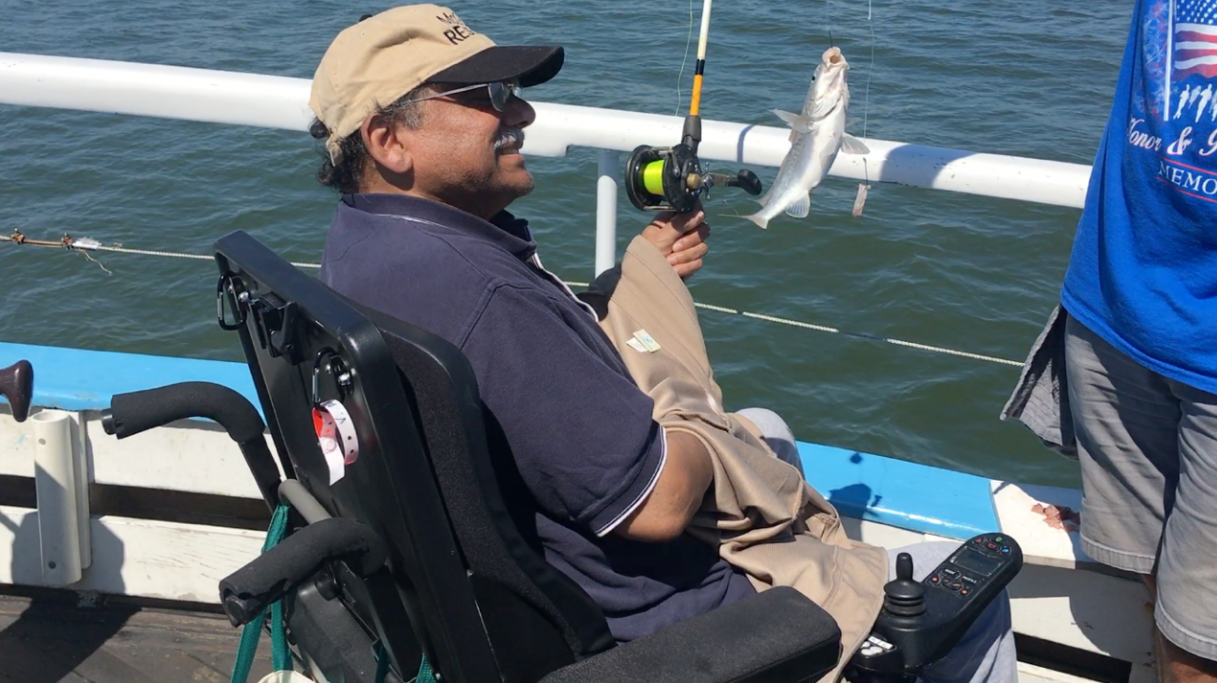 Volunteers with the Yorktown Rotary Club helped the veterans on and off the boat.

Organizer Bill Reiser said, “We love these guys. We want them to have a good time. I can see just by the grace of God it’s not me instead of them.”

The group has been doing this for 25 years and organizers have taken the trip out over 50 times. They have no plans of stopping any time soon – meaning veterans can have a place to enjoy themselves and not be in the hospital.

Reiser hosts the event at his house each year and he worked with Harris, Jr.’s father to organize the first event, which honored about eight veterans.

“They were looking for a place where they could get these fellows close enough to the water to throw a line in,” Reiser said.

Now the event is a lot bigger, with a lot more veterans.

“I don’t get out as much as I should. When one of these [men] comes and they say, ‘Let’s go,’ it’s like a vacation,” Atcherson said.