Sully, who loves tractors, trucks and tools, was beside himself with excitement when the crew arrived to work on a project in front of his home on Hanover Avenue earlier this week.

“Anything construction: shovels and tools... He wants it for Christmas, he wants it for his birthday,” explained Sully’s dad, Sean Wallace.

Sully got a chance to put his shovel and broom to use beside workers on Tuesday.

“He said, ‘I need my boots, I need my vest, I need your hard hat, Dad! I need to get out here and help these guys work,’” Sean explained.

Sully helping out with his shovel.

"[He] came outside dressed like the crew in his hard hat, boots and safety vest looking for work," a fiancée of one worker told WTVR CBS 6. "His dad asked if he was in the way and the crew said no and agreed to take turns watching him while letting him work. He has been coming to work bright and early every morning since Tuesday."

For Sully, the construction project was serious business.

“He goes to bed at night saying, ‘I need a good night’s rest because I need to go help the men work. We have a lot of work to do,’” Sean said.

Sully is the oldest of four. And his new baby sister was born just three days ago.

“Tuesday morning she was born and they were out here working. And he met his sister that afternoon, and then he had to go to work,” Sully’s mom, Colleen Wallace, said with a smile.

Colleen said it has warmed her heart to see the crew welcome Sully, especially during such an eventful time.

“As a mom [with a new baby], you feel like it’s a transition phase. But you want to take care of all your babies,” Colleen said through tears. "And I feel like they are taking care of him, and he’s having a great time, and no one’s missing out.”

The Wallaces said what happened this week will be something their family will never forget.

“It is just such a gift, all of it," Colleen said. "And we are so lucky and blessed. These guys are amazing!”

And the crew said Sully's enthusiasm has inspired their on-the-job morale. In fact, the workers pooled their money and surprised Sully with a small check for his punctuality and dedication this week. 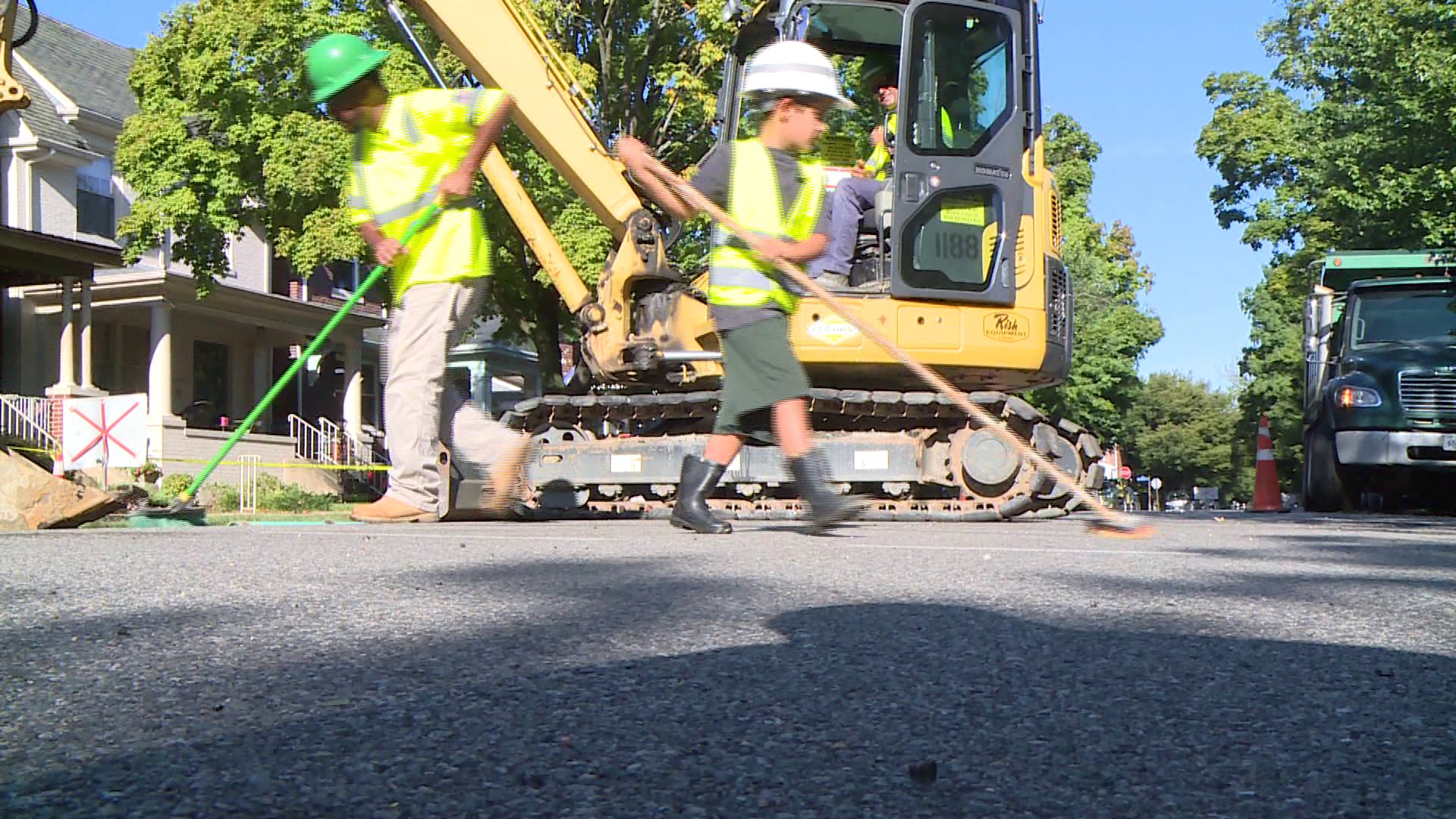