Remembering slain K-9 Vader: ‘He took one for the team’ 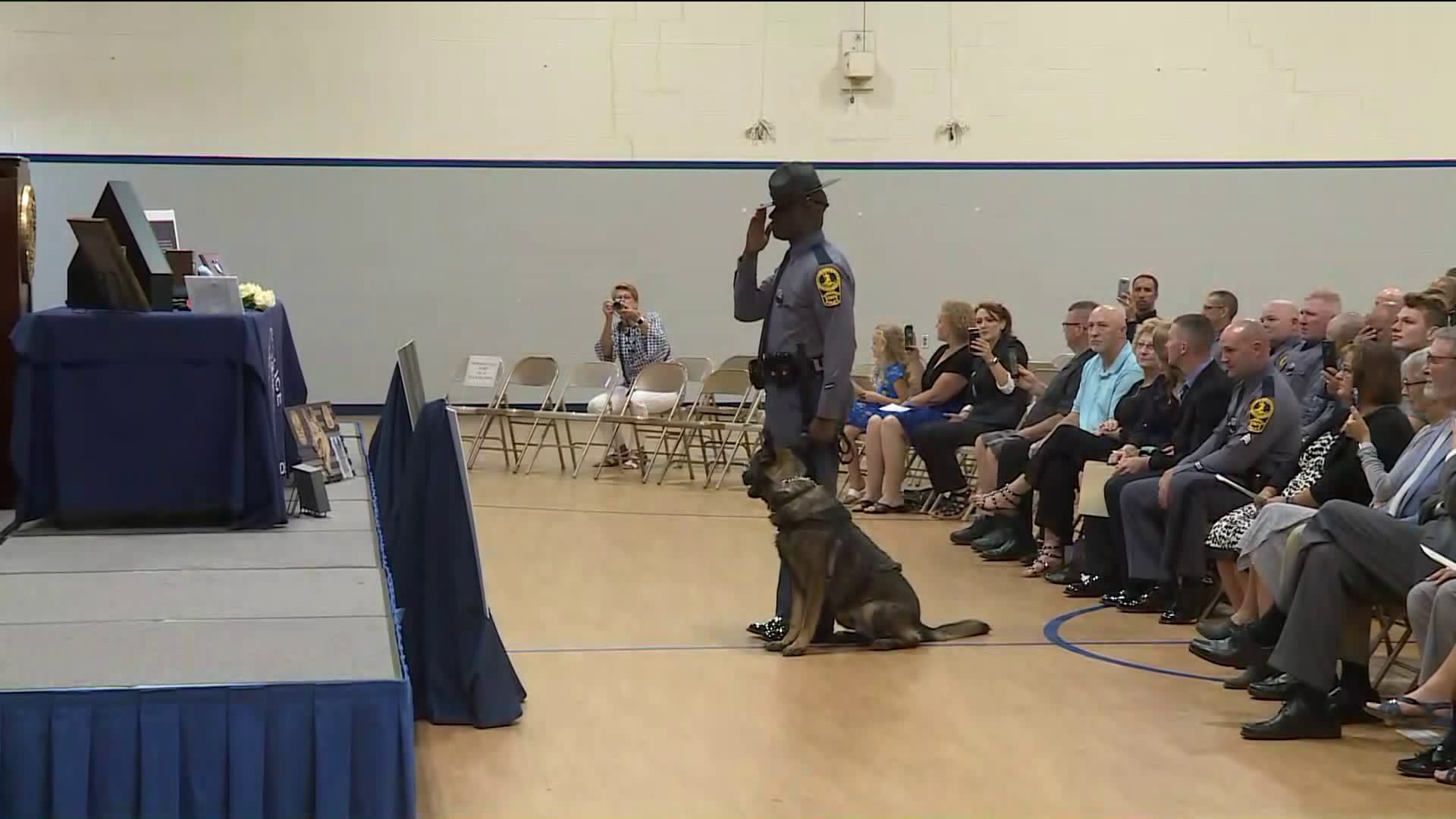 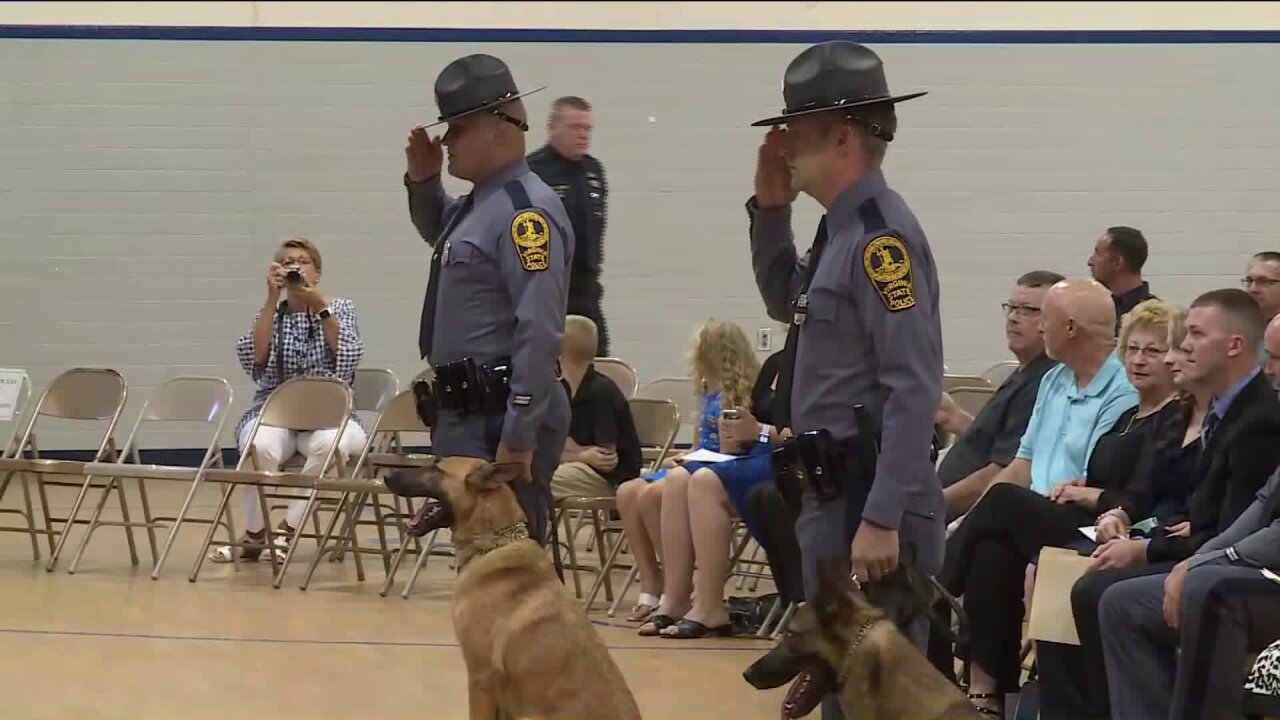 The two-year-old narcotics detection canine was killed in a shootout with a murder suspect in rural Sussex County on Aug. 1, according to Virginia State Police.

Officials said that suspect, who was later identified as Tramaine Marquese Poole of New Haven, Connecticut, continued firing at the state police vehicles during a pursuit.

"Unfortunately, one of the suspects rounds, did go through the back window of a K-9 unit and struck the K-9, fatally wounding the state police K-9 dog,” police said.

New Haven Police called the 41-year-old "Public Enemy Number One" after he allegedly fatally shot a mother in front of her two children on May 31.

After his death, troopers carried the Belgian Malinois' body beyond the crime scene tape where his life ended in a farewell salute.

A police processional also followed for the K-9 whose end of watch came just seven months after graduating training. 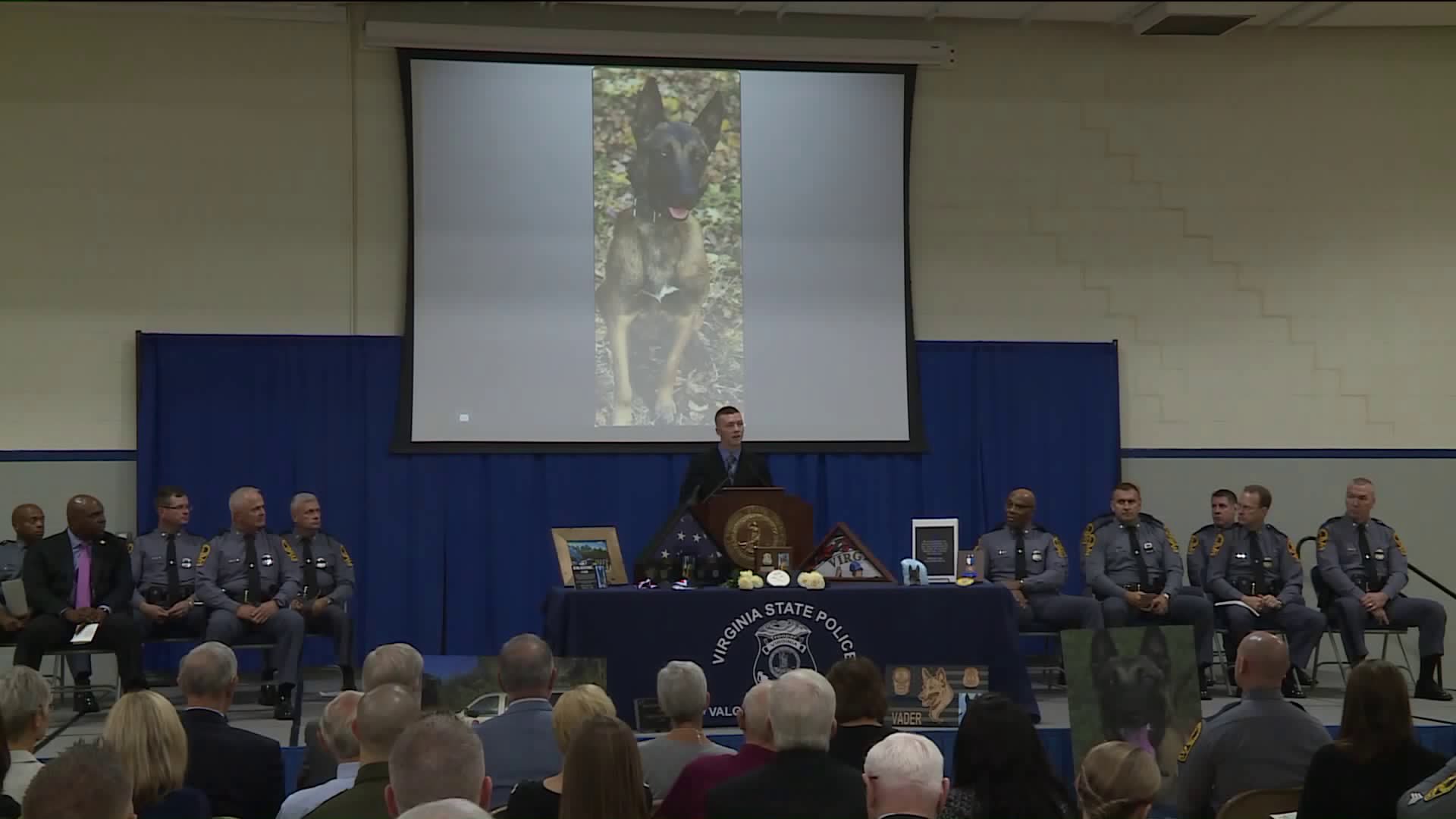 Supervisor honors Vader: He was watching over his partner

"When Austin turned his lights and sirens on August 1, Vader knew his partner was into something deeper than the normal business," Kreath said. "So he was looking over Austin’s shoulder."

Kreath said a photo of a bullet hole in the cruiser's back window released by state police is not what killed Vader.

"The one that struck Vader came through the windshield, just to the left of the rear-view mirror -- right past Austin and struck Vader," Kreath said. "Vader was doing what your K-9 is supposed to do, watching over his partner, his teammates. So Vader lived the K-9 oath even though he was a two-year-old Malinois."

"Vader could have laid down, he could have cowered in the back, but no," Kreath said. "Even driving at speeds in excess of 100, and taking on fire from a suspect, Austin, Chase, Vader… no of them backed up -- none of them gave an inch. They were going to bring that guy to justice."

Kreath's voice cracked as he said the citizens of Virginia can be proud of our troopers who "relentlessly pursue criminals."

"A lot of people say that K-9s don’t have a soul, heart stuff like that but if you ever work with one, you’ll change your mind," Kreth said.

Handler on slain K-9: 'Every chance he got, he wanted to work'

Trooper Austin Albright, Vader's handler, said his dog was not just a teammate, but a family member.

"Every morning I’d wake up and Vader would always remind me of how much he loved to work," Albright remembered.  "You get him out of the kennel and he would try to search the yard."

Albright joked that he had to force Vader to eat in the mornings because the pup was so eager to work.

"He would go over and sit beside the door, waiting for me to open the back door for him to jump in," he said.  "Dog had the neighbors calling about the barking on us."

Albright said Vader was watching out for their team on the day he was fatally wounded.

"When Vader got hit, he didn’t want me to know," Albright said "He didn’t whimper. He didn’t cry."

Albright believes that is because his dog wanted to make sure his team apprehended the suspect.

"He knew that if he cried or whimpered, I would want to stop and help him," Albright said. "Vader is a hero. Vader knew that he if wasn’t the one that got hit, one of us would have gotten hit. He took one for the team."

Albright said his partner's death brought their team closer together.

"Vader’s sacrifice is what it took that day to get the job done," Albright said. "And though Vader is not here today, we are going to push on doing what he would want us to do -- and that’s catching more criminals."