CHARLOTTESVILLE, Va. -- Hundreds of people rallied on the grounds of the University of Virginia during UVA Students United's "Rally for Justice" Saturday evening, WVIR reported.

The group had gathered for a rally to "reclaim the Rotunda" around 6:30 p.m., but the group has since moved to various locations on campus and around the city.

"This evening UVA students and Charlottesville community members who intended to reclaim the North Plaza of the Rotunda and demand justice for those who have suffered at the hands of white supremacy arrived to a policing apparatus they did not agree to," the group said in a news release.

The group listed a number of demands to university officials and stated that they would not "cede to the confines" of police security.

As of 9:15 p.m., the group had reached the Downtown Mall, according to WVIR. 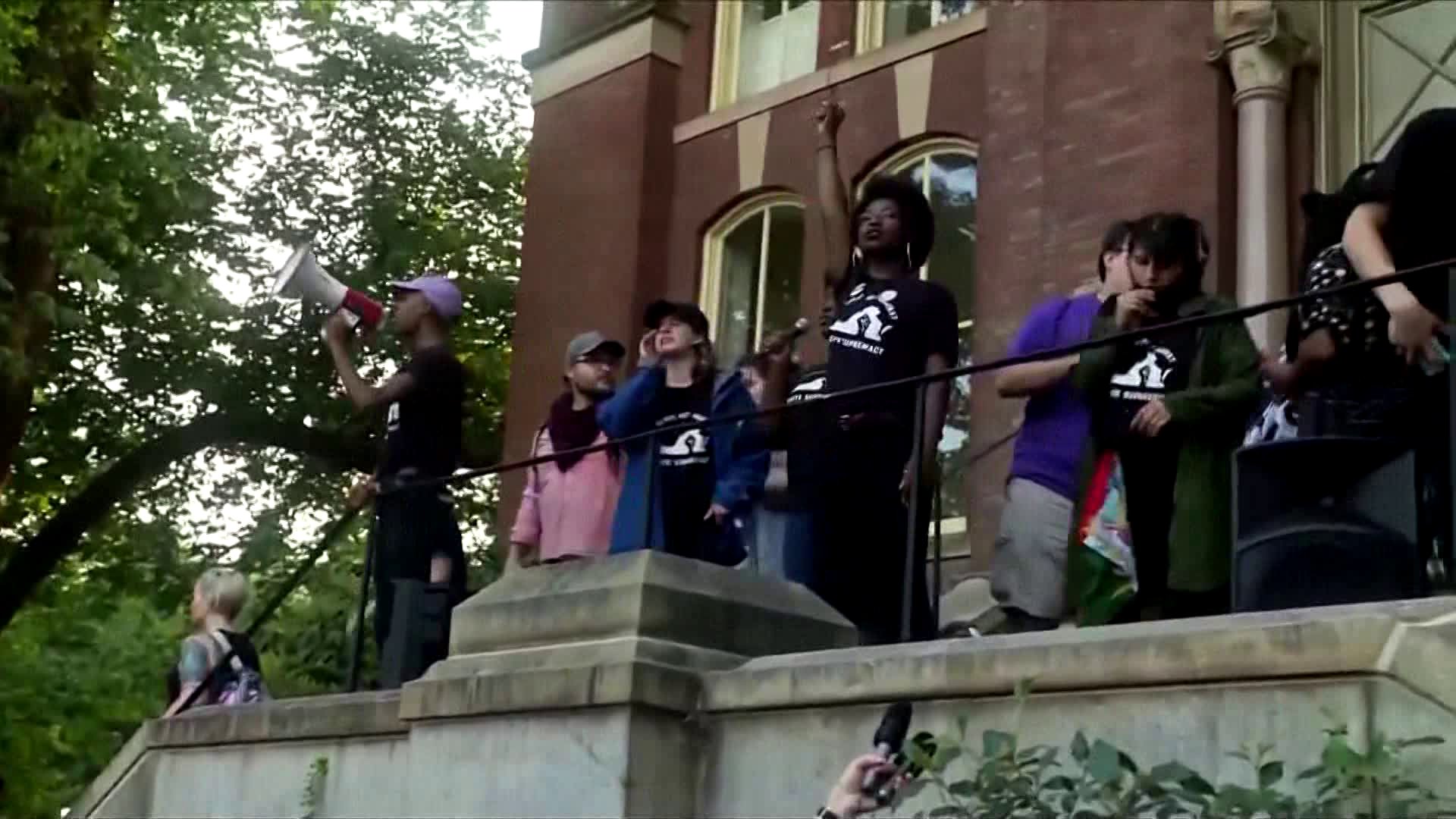 That protest prompted a lockdown at the University of Virginia Health System earlier in the evening.

According to an emergency alert around 7:30 p.m., the hospital was monitoring a protest nearby on the ground of University of Virginia.

#BREAKING: UVA Medical Center is on lockdown. According to an emergency alert, all employees there are to remain inside.

The alert advised all employees to remain inside the building as officials monitored the protesters, who were moving in "unpredictable directions."

That lockdown was later lifted and employees were allowed to exit the facility, WCAV reported.

However, as a precaution officials said Lee Street was temporarily closed for the safety of patients, visitors and staff.

"Patients should come directly to Lee Street and will be admitted," read a post on the hospital's Facebook page.

We've temporarily closed Lee St. as a precaution to ensure the safety of our patients, visitors and staff. We continue to operate normally. Patients should come directly to Lee Street and will be admitted. Visitors should park in our 11th Street garage.

Charlottesville Police told drivers to avoid Emmett Street between the Cavalier Inn and the Barracks Road Shopping Center as traffic was blocked.

At this point that protest has essentially ended to disappointment of original organizers who looked big footed - some groups are heading back in general of Gordon/Rugby pic.twitter.com/rFoFZj11WN

Some of the original protesters did return to Lambeth, make a statement etc. then everyone left. People are now leaving in small groups. Organizers of original protest getting together to debrief pic.twitter.com/AKByDcs4dU

In summary: there was a protest, they did it in a different place than planned, marched around some, talked about their concerns with UVA but also police generally, and then everyone left. No apparent arrests or other issues, although there were some tense moments near Rotunda

All quiet at The Corner pic.twitter.com/mTyTA3YHN2

Protesters toward downtown mean some other streets closed pic.twitter.com/QnMNlmIQFY

There is no one at checkpoints - protesters going into Downtown Mall pic.twitter.com/UL2gg5iopJ

We’re now near Lee Park. Some police officers repositioning to other end of Downtown Mall sent people going to see where they are going. Still heavy police presence at Lee Statue pic.twitter.com/EjVDbOJHSI

Still pretty quiet here - officers are around the Lee Statue, and bike officers next to others with shields are in middle of street halfway down block pic.twitter.com/ZVbcUpL7Md