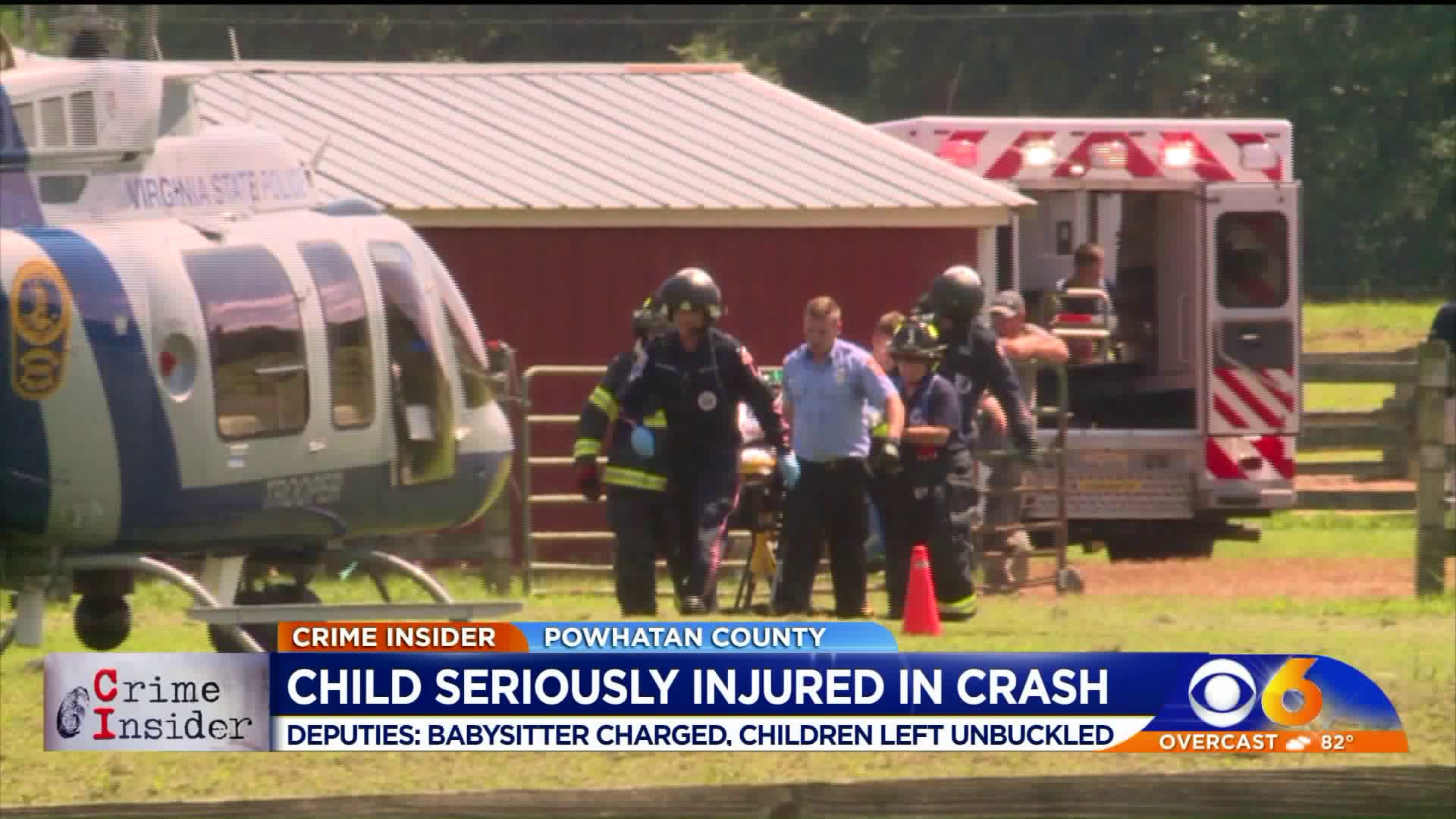 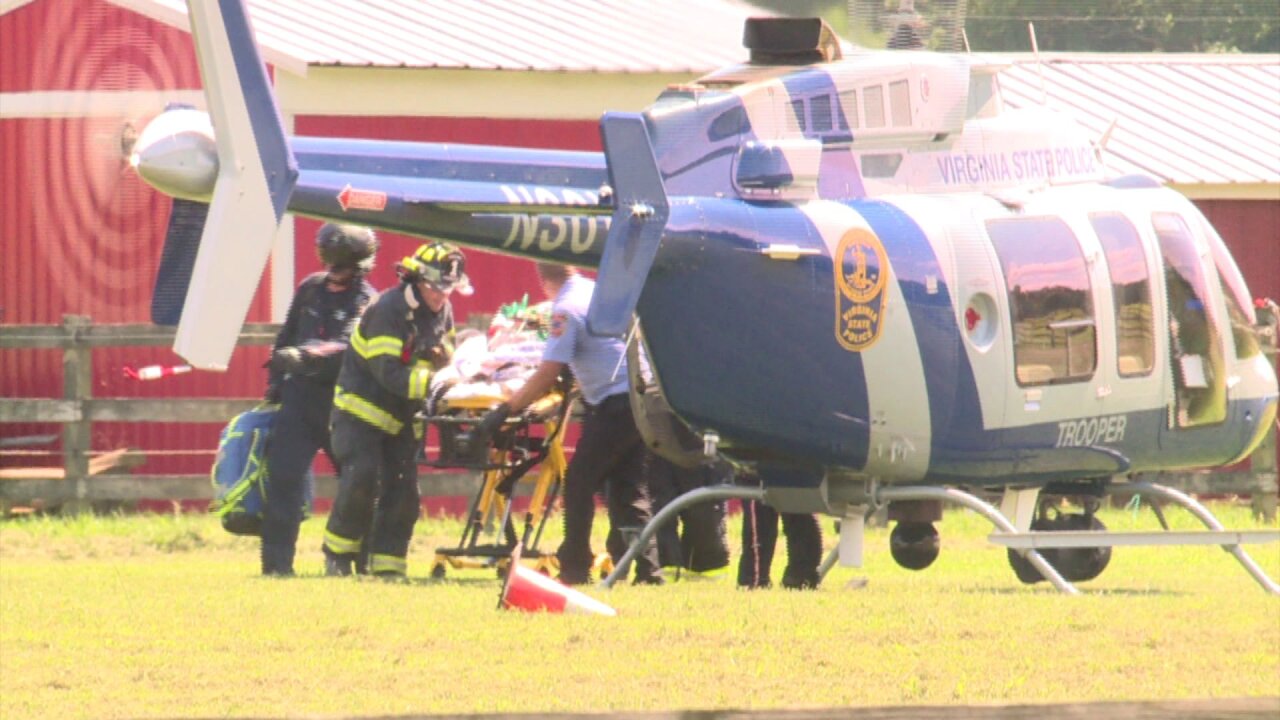 POWHATAN COUNTY, Va. -- A babysitter has been charged with reckless driving and multiple violations after a child was seriously injured in a crash involving a a mail truck in Powhatan Wednesday afternoon.

The crash was reported around 2 p.m. along the 5000 block of Old Buckingham Road.

"The preliminary investigation reveals that the female driver of a Ford sedan was traveling eastbound on Old Buckingham road. The Ford vehicle approached a mail carrier vehicle and attempted to pass that vehicle on the left side. The mail carrier driver was making a left turn resulting in both vehicles colliding and overturning," a Virginia State Police spokesperson said. "The female driver of the Ford sedan and two minor children were not seat belted. One child was transported by Med Flight for treatment of serious injuries. The driver and the other child was transported by ambulance for treatment of minor to serious injuries. The driver of the mail carrier sustained minor injuries and was checked at the scene, but was not transported."

The female driver, identified as Sandra R. Petty, 29, was the children's babysitter, according to police.

Petty has been charged with reckless driving and two seat belt violations.