RICHMOND, Va. -- A sinkhole that neighbors brought to the City of Richmond's attention in June continued to grow more than a month later.

The sinkhole has shut down Riverside Drive in the 4700 block since June 22 when heavy rains washed out a portion of the south travel lane.

"Due to failure of the roadway, [Department of Public Utilities] DPU’s Stormwater utility personnel immediately secured the area with jersey barriers to prevent thru traffic from accessing the area," a spokesperson said in a statement.

Since, neighbors in Forest Hill said that it appears nothing has been done to alleviate the problem or stabilize the roadway.

Julie Zinnert's photo of the sinkhole back in June showed only minor erosion. It's now grown to eat away approximately 25 percent of Riverside Drive.

"It’s just curious why they’d let it get any worse, because it seems it’ll become more problematic to fix," Zinnert said. "It’s been over a month and I'm surprised they haven’t tried to stabilize anything."

A nearby homeowner said a city engineer had recently visited the site to take measurements and draw markings on the pavement.

A DPU spokesperson said homeowners are still able to get in and out of their driveways despite the road closure. However, a more permanent fix doesn't appear to be arriving as soon as neighbors hoped.

"We estimate the current closure of the 4700 block of Riverside Drive to be for 90 days. We are less than one month into that time frame. This will allow DPU to put a design in place that will offer a sustainable solution for other rain events like the one received on June 22.  We are treating this as a priority," the spokesperson said.

Bicyclists, mopeds, and walkers are still able to get around the barriers set up by city crews. The fear is that the road will continue to buckle while engineers work on a fix.

"You could be walking along and part of that could cleave in," feared Zinnert who lives nearby with her husband and two small children. "I hope they do some serious engineering to it that’s going to prevent something like this from happening." 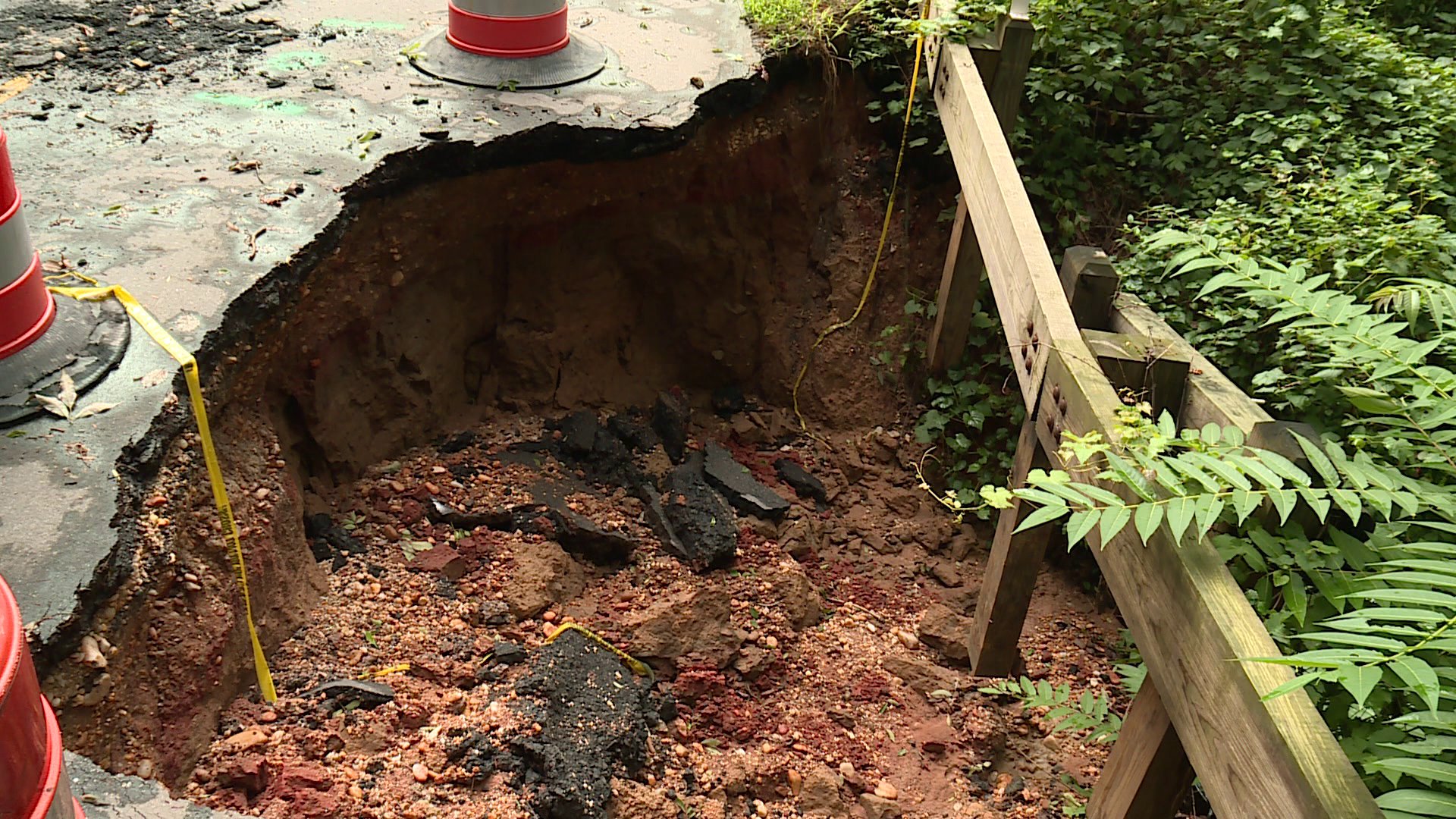