BLACKSTONE, Va. -- Lakeview Cemetery in Blackstone is has thousands of headstones, but recently, the caretaker of the historic cemetery noticed that items were not missing, but being added to the property.

“I don’t know where they came from,” said Philip Vannoorbeeck, the Blackstone town manager and keeper of Lakeview Cemetery.

Many of the newly added headstones are propped up and there is no new grave underneath the headstones. Some of the new markers added are more than 100 years old and appear to be from other cemeteries across the area.

“The reason I know they’re new, if you lift them up, they’re not attached and the grass isn’t even fully dead yet,” Vannoorbeeck said. 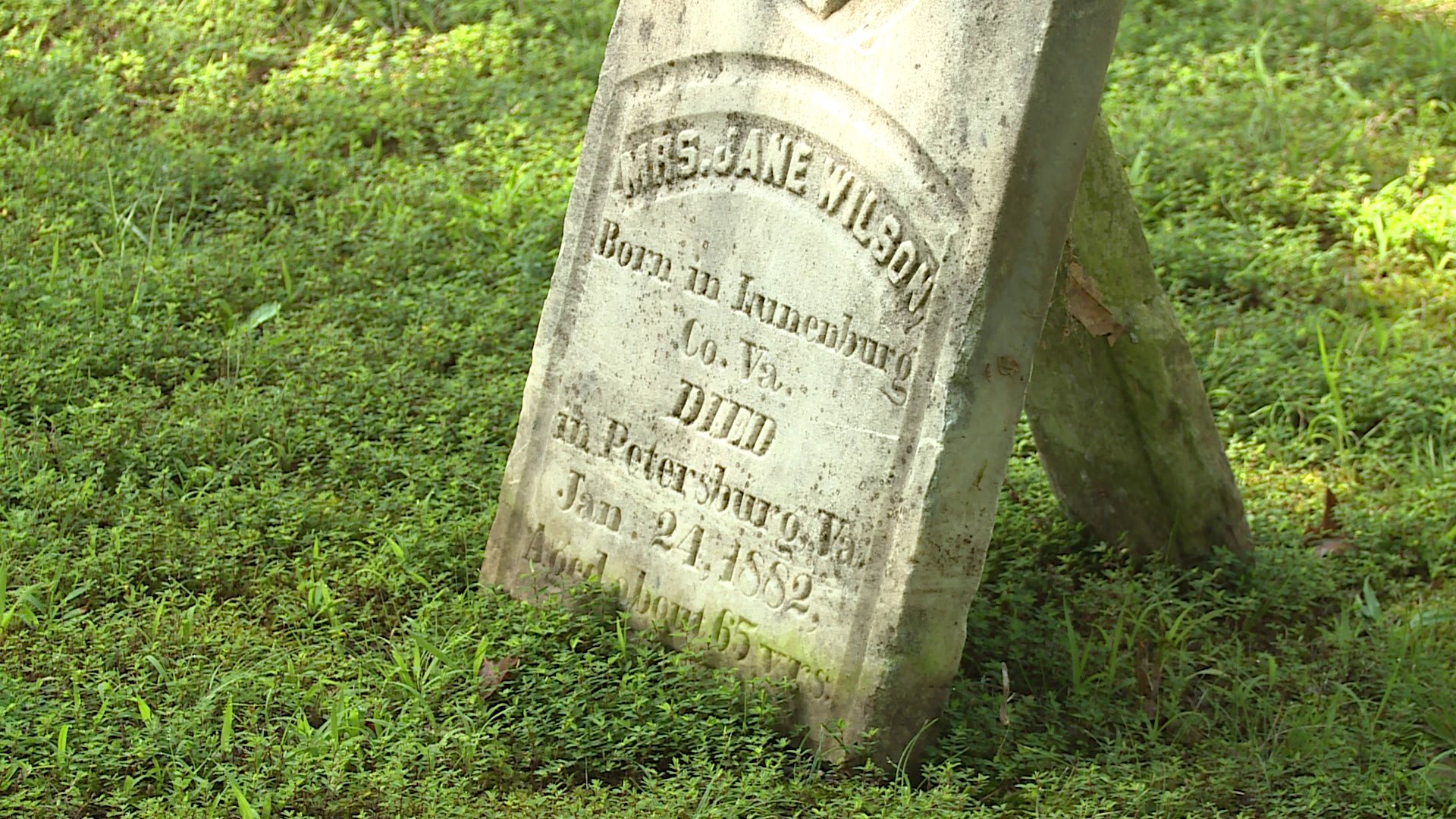 One longtime volunteer at Historic Blandford Cemetery in Petersburg, Donny Hicks, drove to Lakeview Cemetery in Blackstone after learning of thefts at Shockoe Hill Cemetery in Richmond on Monday.

He was surprised to see a stone that he says used to be in Blandford Cemetery.

“I noticed Jane’s stone as soon as I turned in here,” Hicks said. “I’m disappointed and very upset.”

Hicks said he also recognized the stone of a 14-year-old boy killed just months before the end of the Civil War. He said the grave used to sit next to his brother in Petersburg. An online database shows both graves are in Blandford Cemetery and some featured pictures of the headstones on Find A Grave. A walk through of Lakeview Cemetery found at least two other grave markers that appear to belong in Peterbsurg.

Other cemeteries in Virginia that may be missing items that were found in Lakeview Cemetery include Oak Ridge Cemetery in South Boston, Mt. Calvary Cemetery in Richmond and Sunset Hill Cemetery in Burkeville.

New items found in Lakeview include flags and iron crosses.

Additional new items found in Lakeview include flags and iron crosses. The mysterious additions are a cause of concern for some members of Blackstone Town Council.

“Let them lay in peace,” said Nathaniel Miller, a member of Blackstone Town Council. “Don’t disturb them, let their graves where they lay, leave them there.”

Vannoorbeeck says if it can be confirmed where the “added headstones” are originally from he would have no problem giving them back.

“If they belong somewhere else, we want them returned,” Vannoorbeeck said.

Petersburg Police confirm they are now investigating the possible theft of grave markers from Blandford Cemetery.