After outpouring of support, surgery booked for dog walking on broken legs

RICHMOND, Va. -- A local non-profit has received $7,400 in donations to get a Boston Terrier mix walking on four legs again after he was abandoned in May.

Susie Gorman with the animal rescue FLOP, which stands for For the Love of Poodles, credited WTVR CBS 6 reporter Brendan King's story on three-year-old "Sparrow" in helping raise the money so quickly.

As a result, the dog's surgery has been scheduled for Wednesday at Veterinary Referral & Critical Care in Goochland County.

If you'd like to donate to help fund Sparrow's surgery, click here to make a donation GoFundMe set up here.

'Sparrow's' story is 'one of the worst cases'

Gorman, who is currently fostering the dog, said Henrico Animal Control seized "Sparrow" and four other Boston Terrier mix dogs from a home in May when the owner could no longer provide a safe home. 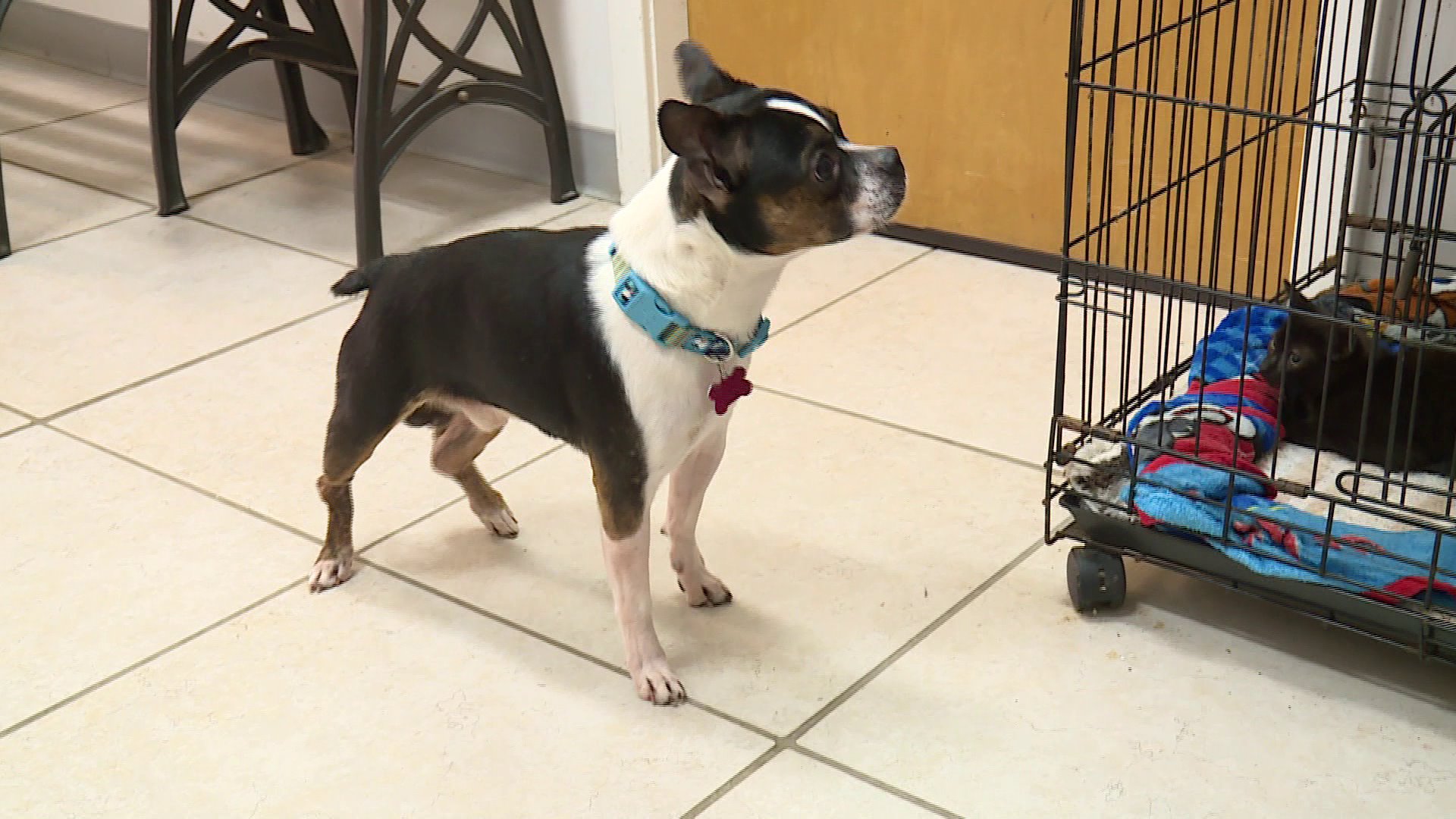 Doctors believes "Sparrow" was hit by a car and walking on his broken hind legs for months before he was brought to FLOP in June.

The other four dogs rescued were sent to a North Carolina shelter for rehabilitation, but staff considered "Sparrow's" injuries too serious.

His hind legs twist and turn when he walks. Despite the pain the young dog is as cheerful and playful as ever.

FLOP brought "Sparrow" to Dr. Bart Miller at Crossroads West Veterinary Center in Henrico where the doctor attempted to fix the dog's legs. Miller stated that he attempted to stabilize the hind legs, but "Sparrow" still needs a more extensive surgery.

Now Gorman and her non-profit are working to raise money so an orthopedic surgeon can help "Sparrow" walk and run like any other dog.

"He’s only three years old, so I want to give him the best quality of life," she said.