PETERSBURG, Va. -- The City of Petersburg has set aside $137,000 to demolish blighted houses across the city.

Petersburg city officials said the houses need to be either rehabbed or torn down. However, if they are deemed an imminent hazard, they will be demolished.

Officials said these homes are not just unattractive, but also pose a risk to neighbors living nearby.

"It's an eyesore for the community," says Ray Powell, who lives across the street from one overgrown property. "I've initially seen black snakes come from over there and rats as big as cats or kittens."

The roof-line of a house that sits across the street from Ray Powell's home.

City Council member Treska Wilson-Smith said she initially reported the property across from Powell in 2013.

Wilson-Smith regularly drives around the ward she represents to take photos of blighted properties. She then sends the photos along with a report to the City of Petersburg administration.

Two blighted properties sit side by side at the intersection of North Old Church Street and Miller Street in Petersburg. 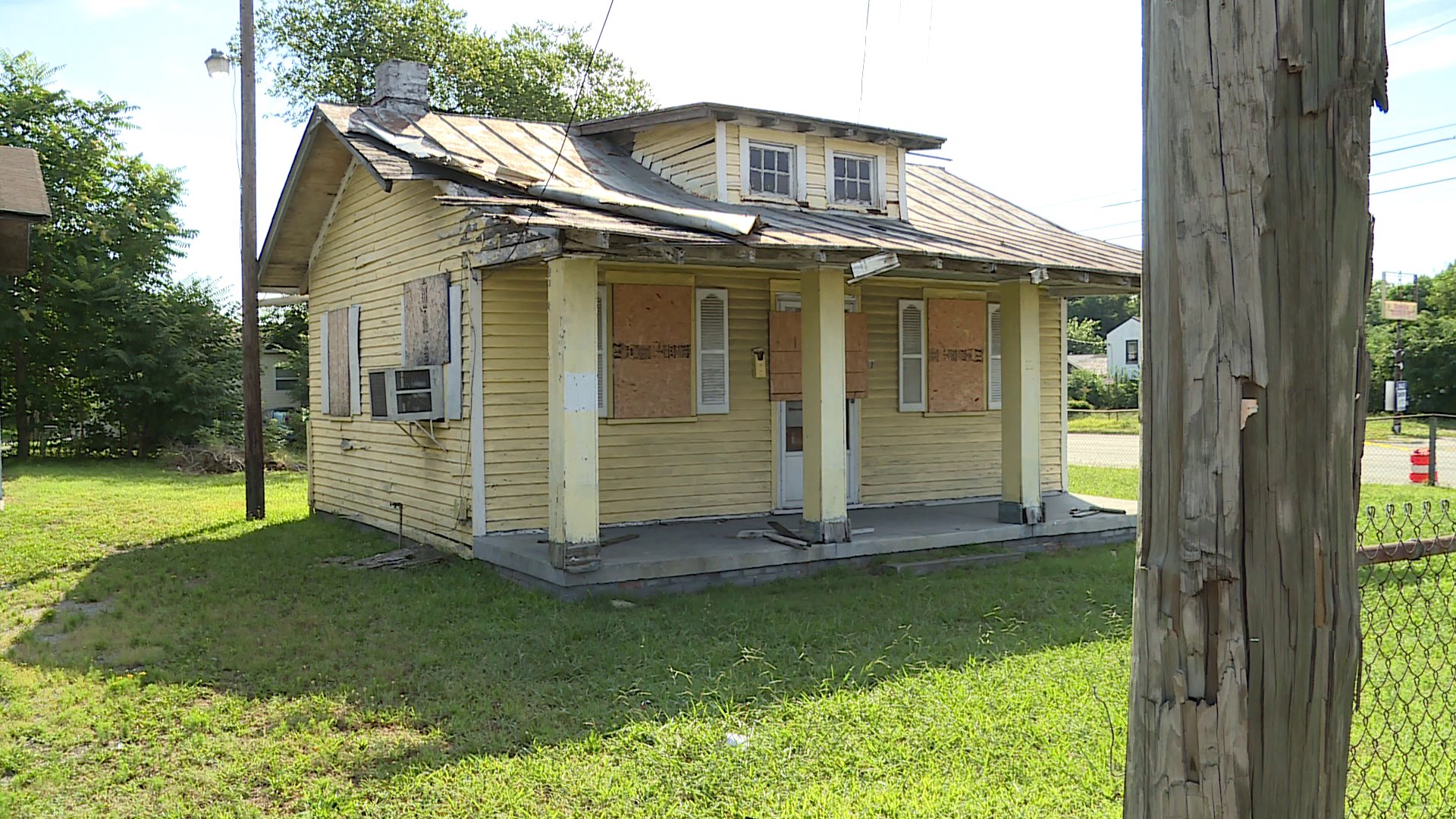 "You see a beautiful brick home there, beautiful homes around here, then you have this," Wilson-Smith said pointing out the two houses.

Accordingly, both homes have been red tagged.

"Some of these houses I think could just gave some work done to them and maybe fixed up," Wilson-Smith said. "The houses that I feel should actually come down, that are actually tainting the neighborhood."

Wilson-Smith said it is not just the houses that are a problem.

"If you didn't really stop to look for a house, all you'd really see is high grass and that's a problem," she said.

Petersburg firefighters responded to a fire on a boarded up house Thursday morning. Some of those boards had been removed, and the house was home to transients.

While it will be difficult to fix the blight in Petersburg, Wilson-Smith said the city is doing the best it can with the money it has budgeted.

"It's an overwhelming task," she said. "I think planning and code enforcement are doing the best they can do."

The city is currently slated to demolish 37 blighted homes.