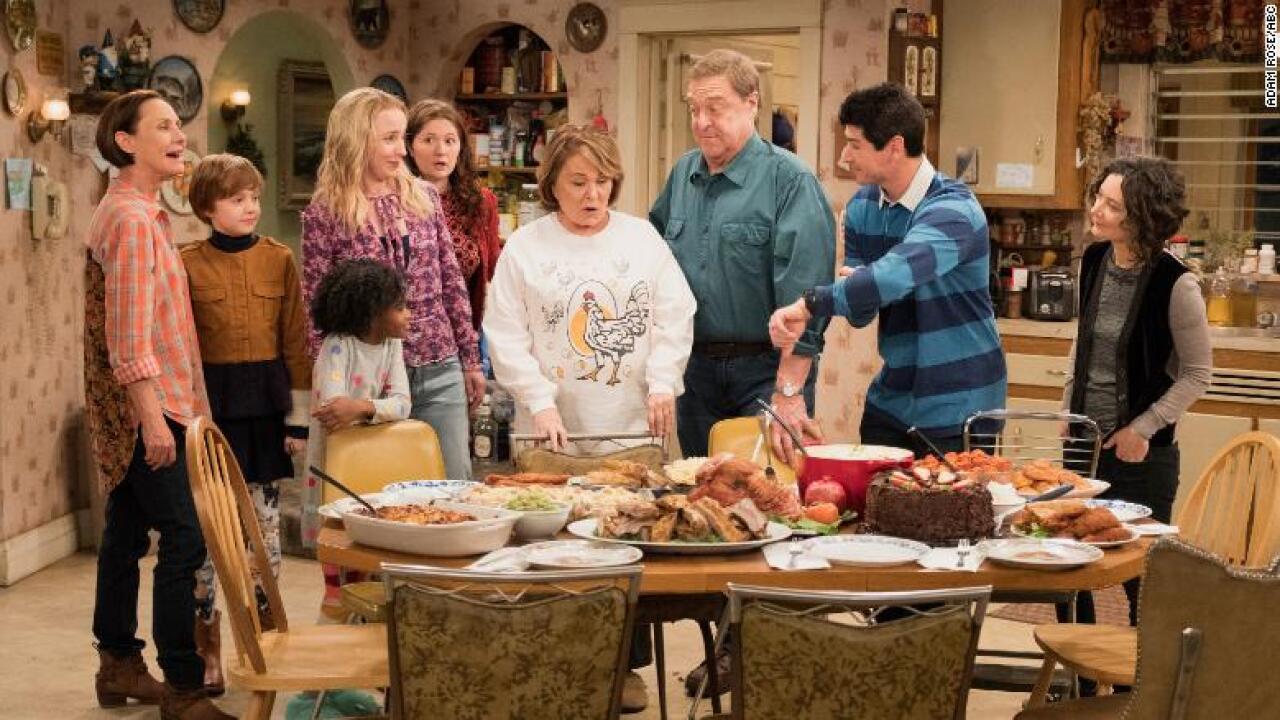 ROSEANNE – “Knee Deep” – Roseanne’s knee gets worse so Dan is forced to a make an important work decision; but when a major storm hits Lanford, their fortunes change for the better. Later, Darlene realizes she has to go back to her first passion . writing, on the ninth episode and season finale of the revival of “Roseanne,” TUESDAY, MAY 22 (8:00-8:30 p.m. EDT), on The ABC Television Network. (ABC/Adam Rose) LAURIE METCALF, AMES MCNAMARA, JAYDEN REY, LECY GORANSON, […]

“Roseanne” may get the last laugh.

The comedy series, which was canceled in May by ABC after star Roseanne Barr’s much-publicized racist Twitter rant, scored two Emmy nominations on Thursday, though not in the much-coveted overall series category.

Laurie Metcalf was the sole cast member to be nominated for her role as Roseanne’s sister, Jackie Harris.

The show was also nominated for outstanding multi-camera editing for a comedy series for the episode titled “Darlene V. David.”

ABC explained its decision to yank the series, which had been the No. 1 new show of the television season, saying Barr’s comments were “abhorrent, repugnant and inconsistent with our values.”

Barr later said she “begged” ABC executives to keep the rebooted show on the air.

Weeks after the show’s axing, ABC announced “The Conners,” a spinoff centered on the family that will not feature Barr, who has no financial or creative involvement.

Before the announcement about the new title, some had advocated for a spinoff centered on Metcalf.