The hospital's generator did not kick in to supply power to the building.

“All I can tell you is that I know as a result of a construction mishap. It affected the power lines so that affected our backup and main power supplies for the hospital,” hospital spokeswoman Malorie Burkett said.

The outage was reported at about 2:30 p.m. and around 7 p.m. the hospital said power was completely restored.

"The lights flickered and came back on. Three to five seconds later, they went completely out," hospital worker Nicole Mayo said. "There were people stuck on the elevator. Babies in the NICU. People in the hospital that need oxygen. It breaks my heart to know that they have to go through this."

Burkett said she could not confirm that people were stuck in elevators at this time. 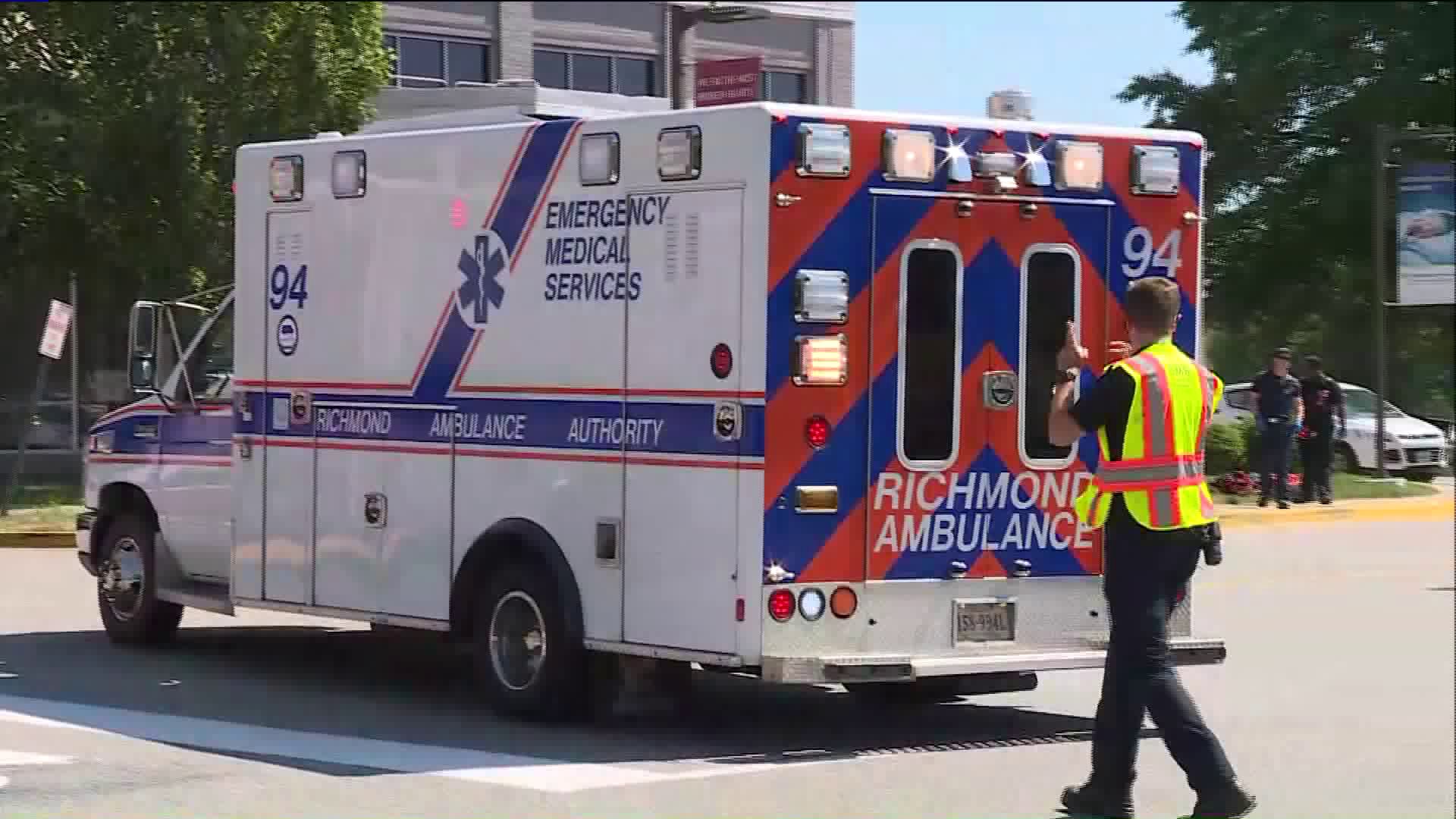 Burkett says power was restored at Levinson Heart Institute, which is the main entrance to the hospital.

More than three hours after the initial power outage, Dominion Energy confirmed that 75 percent of power was restored to the hospital.

Officials said the underground power line was not cut, rather pulled out from the transformer, causing primary power to the hospital to fail.

A spokesperson for Dominion Energy originally estimated that the power would be back on by 10 p.m.

Dominion Energy, who is not responsible for maintaining the hospital generators, also worked to fix the generators that were not working properly.

“We know that this hospital is going through some pretty difficult logistics right now, which is why we want to do everything we can to get the power restored," said Rob Richardson, Dominion Energy Spokesman.

“I don’t know the exact hospitals, I do know that we are working with our other HCA hospitals in the area to try to get our most critically ill patients out there,” said Burkett.

Some of those patients are believed to have been transported Johnston-Willis hospital, which is also run by HCA and located about five miles west of Chippenham.

Richmond Fire and EMS and the Richmond Ambulance Authority responded to the scene and moved patients to other hospitals, as needed.

As of 9 p.m. Tuesday, the hospital moved from emergency power to the main power source.

Burkett said it was not yet known why the generators didn't turn on during the power outage.