Witness: Helicopter was ‘flying really low’ before ‘everything in the house shook’

WILLIAMSBURG, Va. -- A witness said he heard a low-flying helicopter moments before "everything shook" when the aircraft crashed into the Bristol Commons Townhomes and sparked a massive fire in Williamsburg Sunday afternoon.

Virginia State Police said at least one person inside the building was killed when the chopper crashed in the 1100 block of Settlement Drive just before 4:45 p.m.

Brook Sweeney said he and his girlfriend were lying in bed watching TV because they were both feeling under the weather when the townhouse started to shake.

“And I just remember saying, that helicopter is flying really low,” Sweeney said.

He said he assumed one of the nearby military installations might have been completing a training exercise, which is not uncommon in the area.

“And I was like, ‘That’s low for a Sunday and in a residential area,'”Sweeney said.

That is when Sweeney said he and his girlfriend heard an incredible explosion and "everything in the house shook."

"I don’t think it’s a sound I’ll honestly forget," Sweeney said. "And then everything went silent and we came running downstairs."

Once the couple got outside, Sweeney said he went in one direction and his girlfriend went in another.

He said he was expecting to see a motorcycle accident when his girlfriend screamed, "Holy [expletive]."

“That’s when the place starts erupting,” Sweeney said. “There were probably three or four mini explosions.”

Sweeney said one of his neighbors said he was about 10 feet from the impact zone.

“He was in his bedroom and it happened on the other side of the wall,” he said. “He was able to walk out.”

Sweeney said seeing the devastation was eerie and the fact that first responders made it to the scene so quickly.

“Just realizing that I’m right there,” he said pointing to his townhouse. "That’s right there. It literally… We’re talking about seconds. You talk about being lucky.”

Sweeney and other neighbors are helping the survivors.

“I’ve offered the water, aid, anything to give them some support," he said. "Because there are some people who have lost everything."

The Red Cross is also on the scene assisting victims.

The crash remains under investigation and officials said the processing the scene could take two or three days. 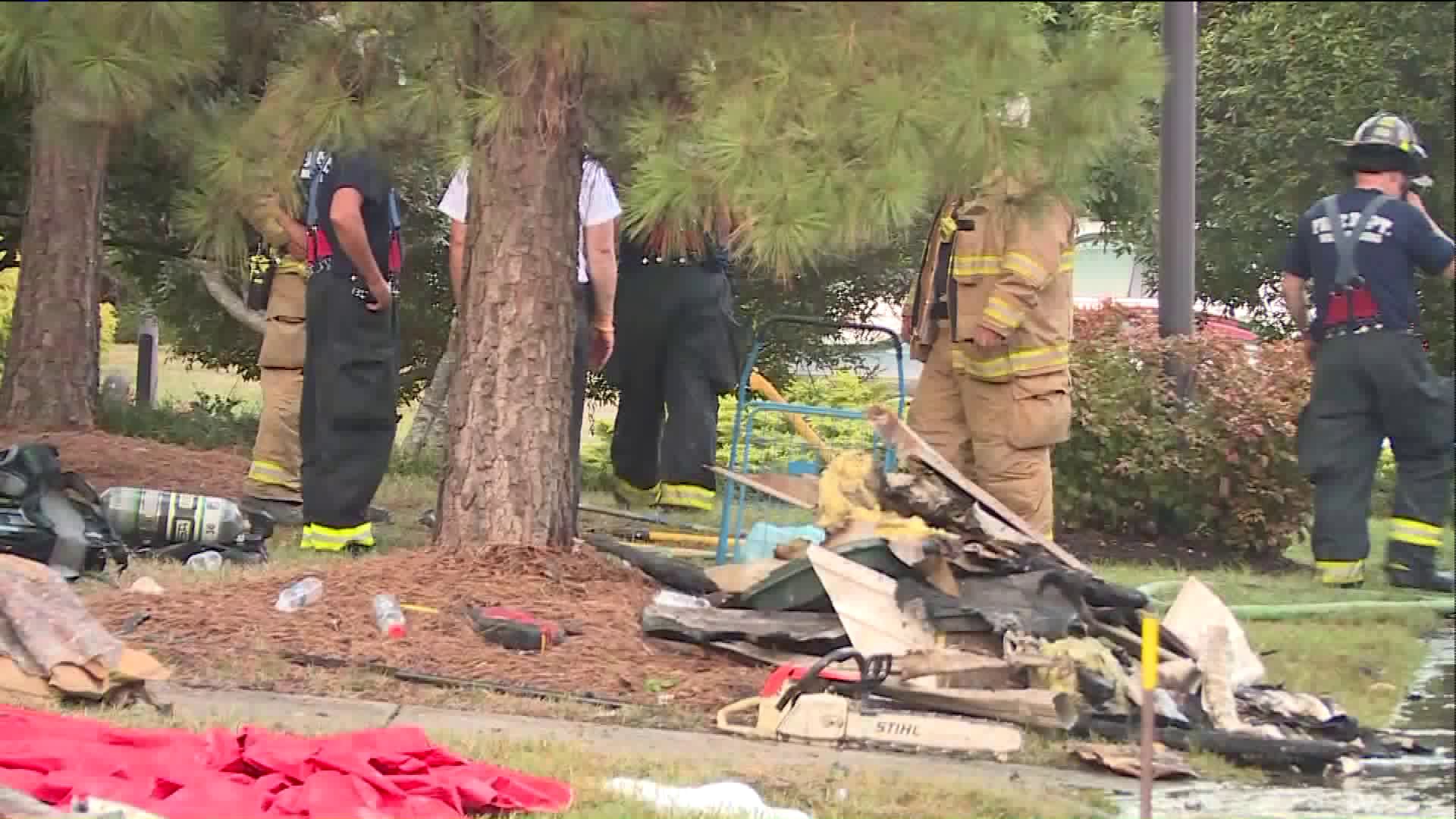