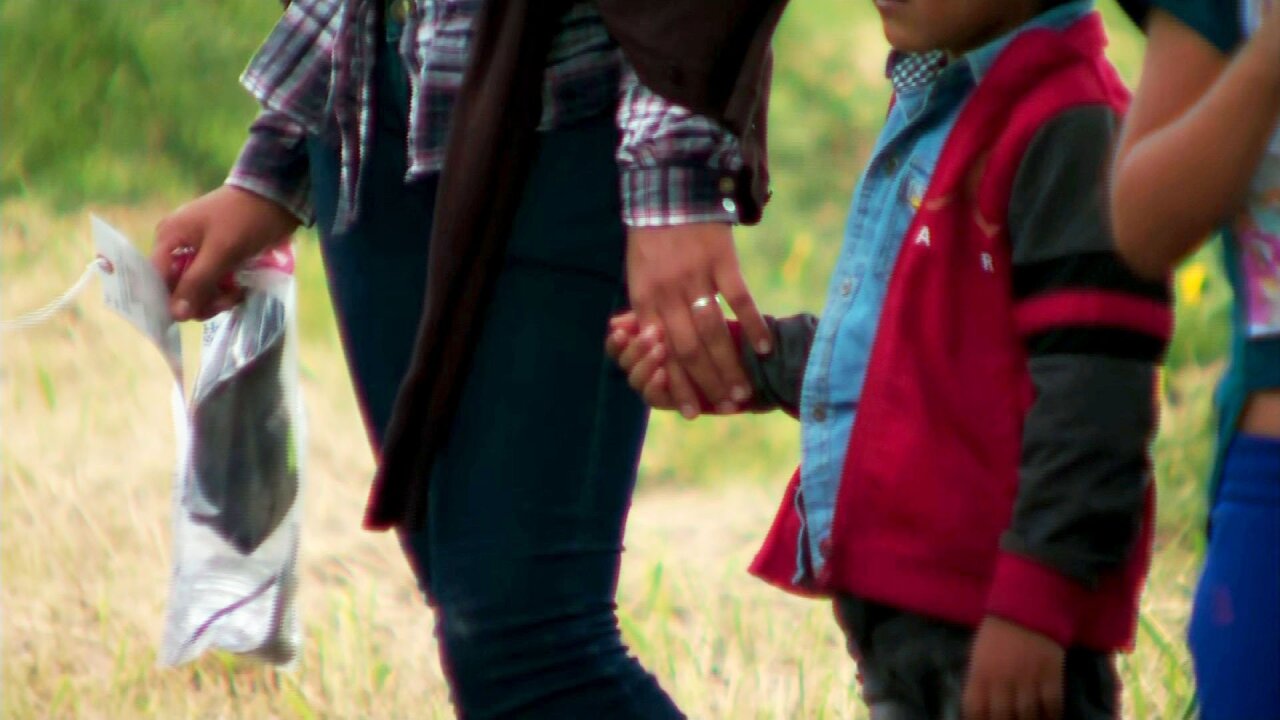 The Trump administration said Friday that it may need more time to reunite the immigrant families it separated.

The Trump administration said Friday that it may need more time to reunite the immigrant families it separated.

The Department of Justice informed a federal judge in San Diego that the administration is in compliance with the judge’s order requiring the end of family separations at the US-Mexico border, except under prescribed conditions, such as the safety of the child, and ensuring communication with separated parents and children as of Friday.

But ahead of a hearing in federal district court Friday afternoon, the Justice Department laid out certain challenges in meeting the reunification deadlines of July 10 for children under age 5 and July 26 for children over 5 and said it may request more time.

During the hearing, the government said it may not meet the judge’s deadline to reunite families it had separated because officials do not necessarily know the location of every parent. They will reconvene on Monday morning.

At Friday’s hearing, Judge Dana Sabraw asked how many of the approximately 100 children under age 5 the government believes could be reunified by the Tuesday deadline.

Sarah Fabian, an attorney for the Justice Department, said of that group, about half of the children have parents in custody of Immigration and Customs Enforcement, and for that group, the reunification can occur by the deadline.

But about 20% of the kids, she said, have parents who were released from ICE custody.

“For those folks, in some cases for example, if we’re not aware of where the parent is, I can’t commit to saying that reunification will occur before the deadline,” Fabian said.

In a breakdown of the roughly 100 possibly separated kids under the age of 5 in custody, Fabian said 19 parents of these children have already been deported.

Fabian said officials “did not understand the (judge’s) order to be referring to parents who were removed.”

Lee Gelernt, an attorney for the American Civil Liberties Union, argued that deported parents were included in the judge’s order because the order referred to people who have been in the Department of Homeland Security’s custody.

“I think in some ways those are the most acute situations, the most horrible situations, because then you have a parent far away wondering, ‘Where is my child? What’s happening to this child?’ ” Gelernt said.

Sabraw said Gelernt’s understanding of his definition of the class was correct, and later in the hearing the judge asked for the government to provide a list by 5 p.m. Saturday of all the children under 5 it thinks could be in the class and any reasons officials believe they may need more time for reunions in particular cases.

In the court filing, the Justice Department also asked if the court will permit reunifications outside of the ordered timelines “in cases where parentage cannot be confirmed quickly.”

The government said it is willing to propose an alternative timeline.

At the hearing Friday afternoon, Fabian argued the Trafficking Victims Protection Reauthorization Act sets out requirements officials have to follow when they release children into someone’s custody. She said she is seeking clarification on how the government should handle these reunification cases given those requirements.

Sabraw noted that the act was intended for a different situation, but also said the government raised an important point.

Gelernt argued the government does not have to follow such “lengthy, cumbersome procedures” to reunite separated families.

“It just doesn’t make sense,” he said. “You’ve taken a child from the parent. They need to give the child back.”

Gelernt also argued at the start of the hearing against a change.

“I think the injunction’s working because this is the first time the government has put forth these resources to get the job done,” Gelernt said. “So we strongly believe the injunction should not be altered.”

Health and Human Services Secretary Alex Azar released a new estimate Thursday that fewer than 3,000 children remained in their care likely who were separated from their parents, but he said analysis was ongoing and he could not provide a more precise figure. The high number of families separated has been a result of the Trump administration’s “zero-tolerance” policy, which criminally prosecutes any adult crossing the southern border illegally.

Health and Human Services is using DNA testing to confirm parentage, which can take time, the government said in a court filing Friday morning.

During Friday’s hearing, Gelernt took issue with the government’s DNA testing, saying it should be used as “a last resort” and pointing to privacy concerns.

“It shouldn’t be done in every case,” Gelernt said. “But if it is being done in every case, we would ask that it be used only for reunification and then expunged because I don’t know that we want to be creating a database of all these people.”

Health and Human Services must determine that a “parent is not ‘unfit or presents a danger to the child,'” which means the agency must also have “an independent finding that the individual has not engaged in any activity that would indicate a potential risk to the child,” before reunification.

This process can be slowed down if the judge’s court order is interpreted to mean ICE must release parents from detention by compliance deadlines and the Justice Department argued that “such release might slow reunification.

In the court filing, the Justice Department sought clarification on whether they have to reunite migrant kids with parents who were already deported and appeared to argue that would be too difficult and time consuming. The department’s attorneys had also asked whether the families separated should be counted from the May “zero tolerance” policy or dated to the beginning of the lawsuit, March 9.

The filing contained a description of steps undertaken by Health and Human Services to comply with the court order including deploying 115 additional personnel to the field, and contracting with 100 reunification managers who are deploying Friday and Saturday.

The agency said it has expedited its existing process for reunification.

Health and Human Services also claimed in the court documents that it “knows the names and locations of all children who are in (Office of Refugee Resettlement) care and custody at all times because ORR maintains that data in its online case management portal,” but says the portal was not designed to include certain details regarding the parents, which Department of Homeland Security may hold or the parent may have.