RICHMOND, Va. – Police are asking the public’s help to identify three men who are believed top be suspects in a credit card theft at a Richmond bank.

The victim told police that their credit card was stolen from the counter of the Virginia Credit Union located inside of the Virginia Department of Motor Vehicles at 2300 W. Broad Street.

Police said the victim’s wallet was stolen from the bank on Wednesday, April 18. 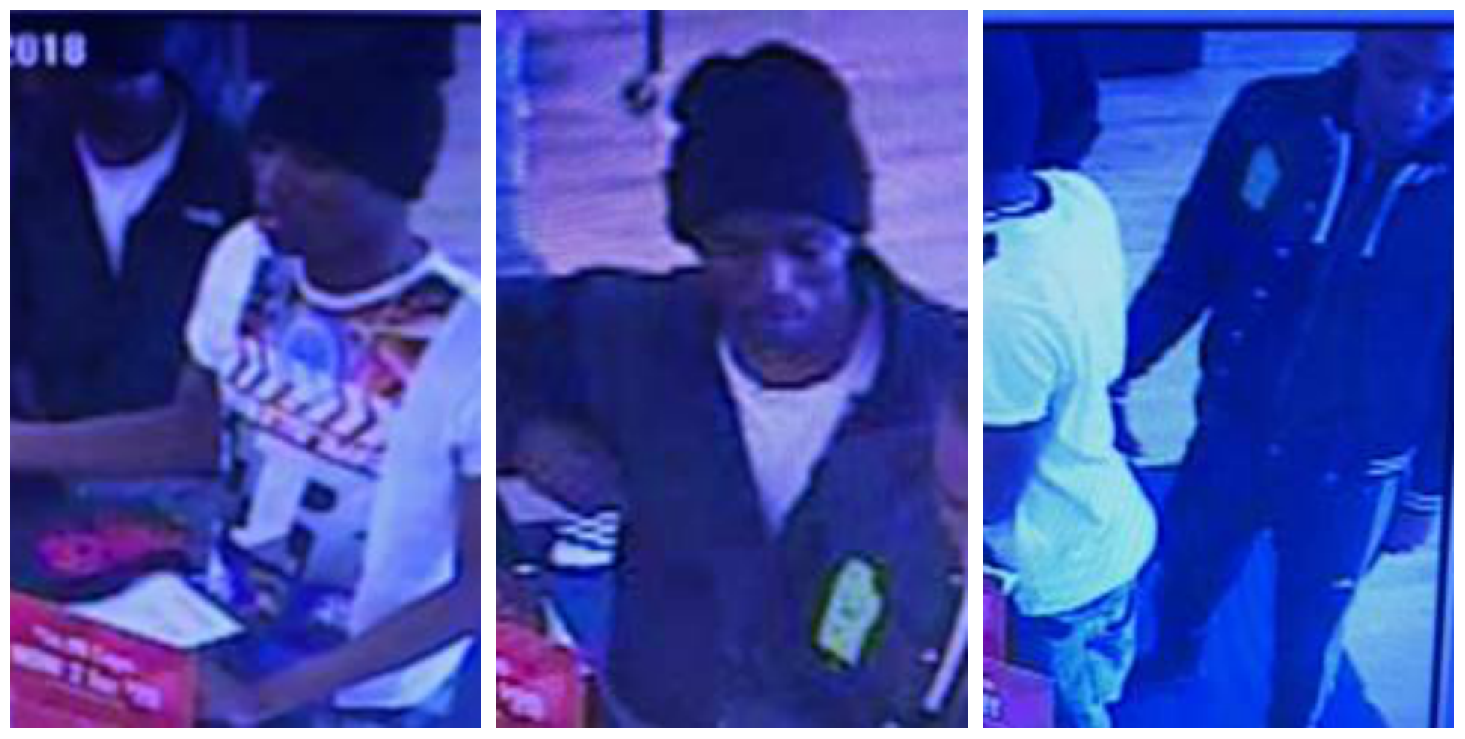 A short time later, the victim was notified that someone attempted to use the stolen credit card to purchase items from the DTLR clothing store, at 1500 West Broad Street. Police said there was also an attempt to use the card at the DTLR store at 4640 E Southside Plaza.

Surveillance photos from one of the DTLR stores shows three suspects attempting to make a purchase.

All three suspects are described as black males in their early-to-mid 20s.