"Fire units arrived on scene with fire in the rear of the structure," Boisseau said. "The fire was quickly contained."

Boisseau said a dog was rescued from the home. 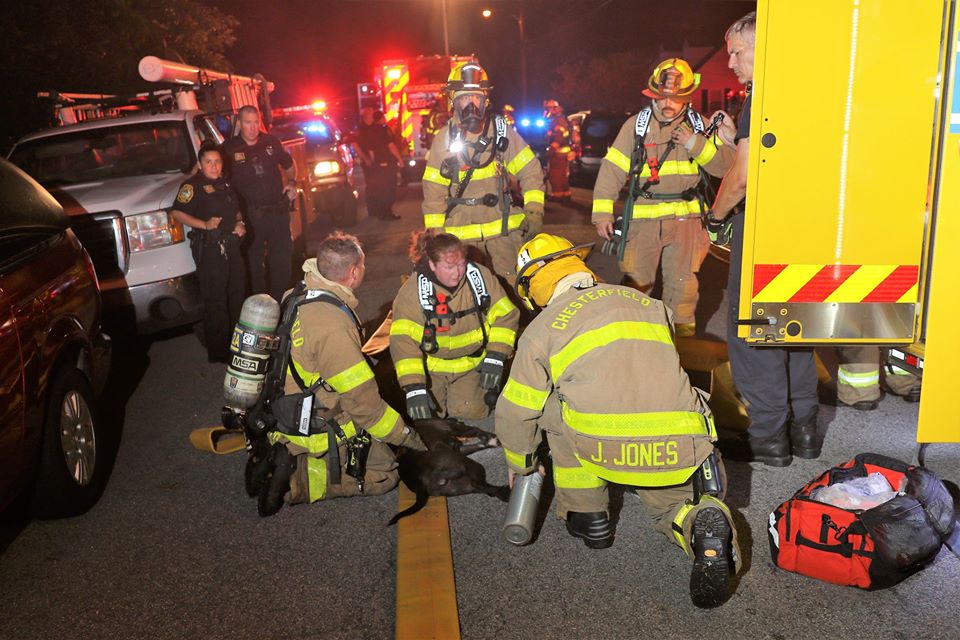 "Working together to bring a dog back after it was found in a structure fire early this morning," the post reads.

The family, who was not home when the fire broke out, is being assisted by the Red Cross.

Officials said damage to the home is estimated at about $5,000.