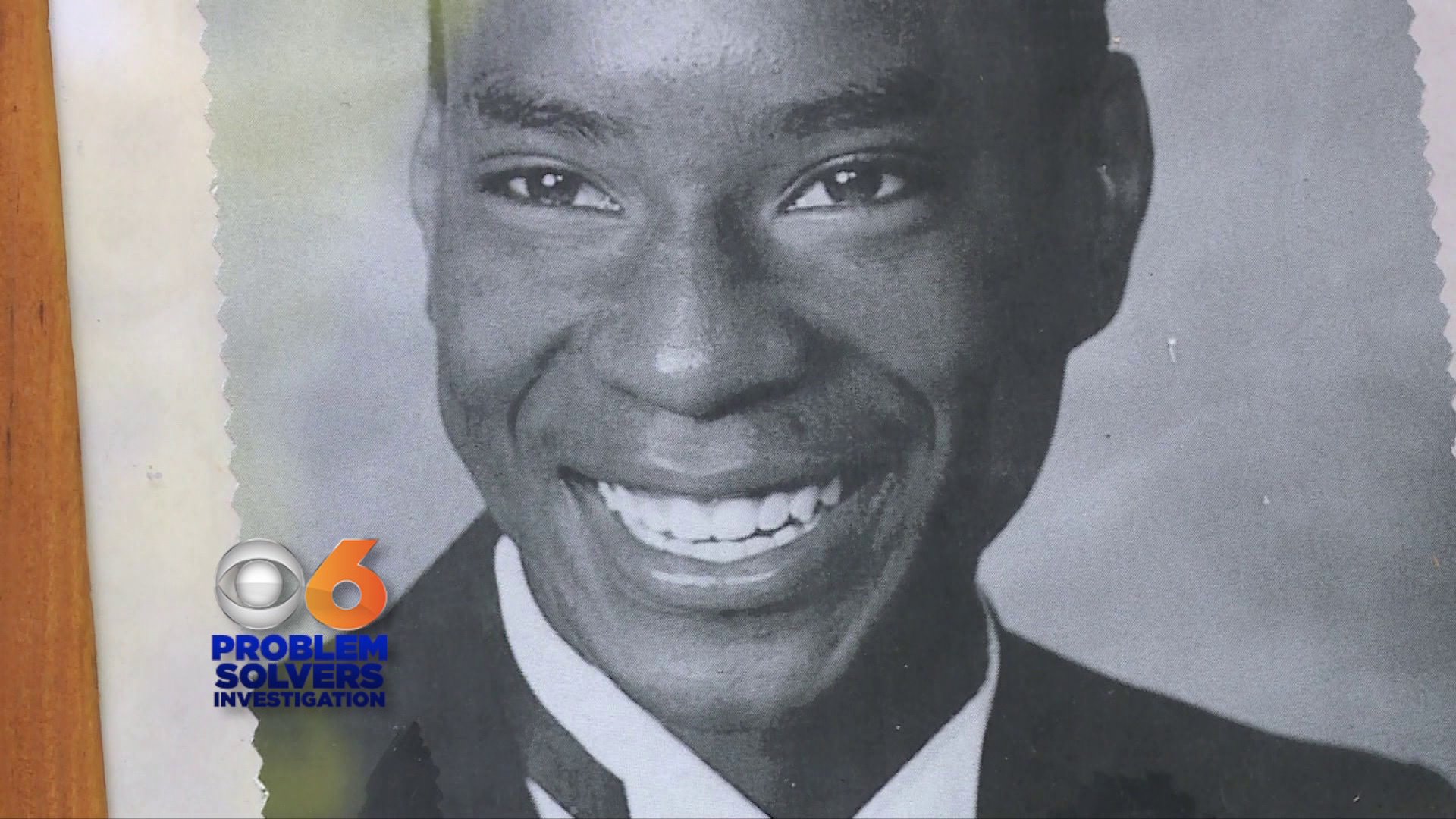 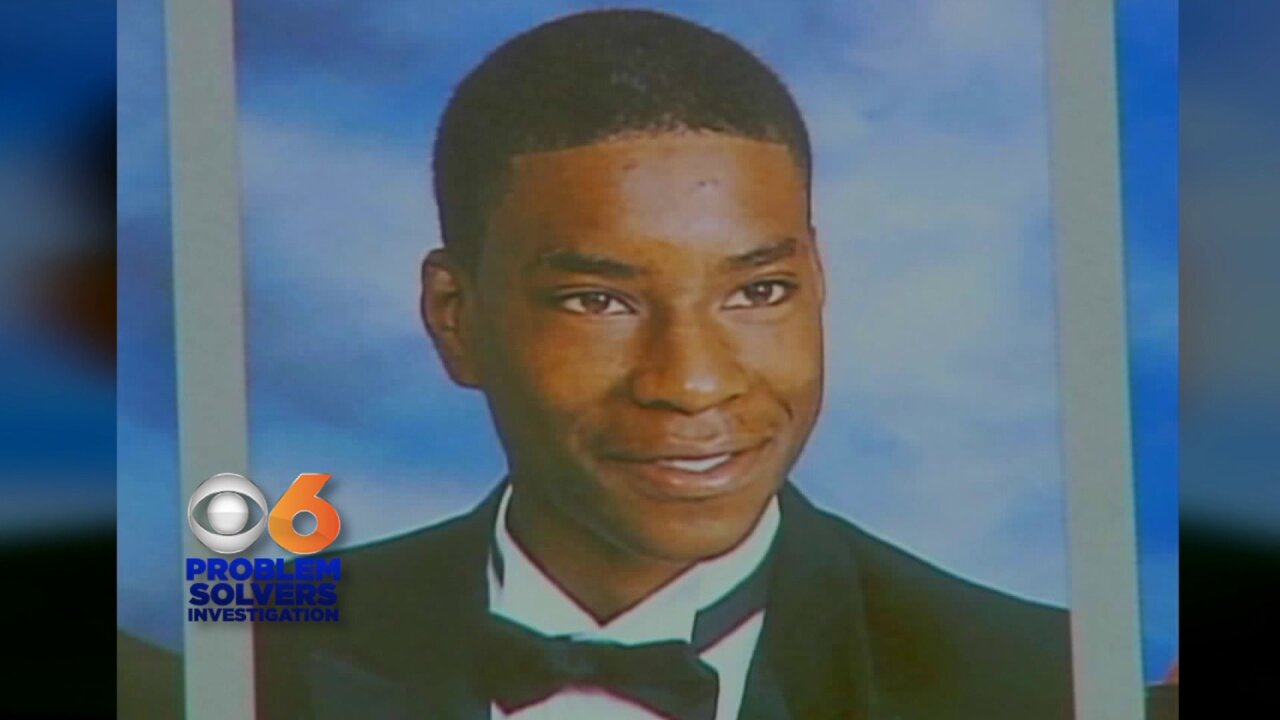 PETERSBURG, Va. – It’s been more than a decade since 18-year-old DeAndre Jovon Thomas was shot to death in a Petersburg backyard.

Nearly 13 years later, a new team of detectives have been tasked with trying to finally crack the cold case from October of 2005.

Known to friends and family as Dee, DeAndre Thomas was a recent graduate of Petersburg High School.

Nauvata Evans says her son was a people person with a bright smile.

While Thomas had some minor run-ins with police, he had just decided to pursue a life change that could take him far away from his hometown.

“He had aspirations of going into the Navy as a Navy cook,” said Evans.

His father and grandfather had been cooks in the Army and Thomas wanted to follow suit.

So, he and his mother made an appointment with a Navy recruiter. But Thomas never made that meeting.

Late on Friday, October 21, police received a call for shots fired in the area of Liberty Street and Maple Lane. Officers searched but didn’t find anything.

The next morning, someone spotted a body lying face down behind an abandoned house.

It was DeAndre Thomas, dead from a gunshot wound.

“I was one of the first responding officers that morning when he was found,” said Lt. Emanuel Chambliss with Petersburg Police.

Evans can still remember what it was like when the officers came to her door to break the news.

“It was really hard for me to believe what they were telling me when they came because I was like, not my son, I’m waiting on him now. We’ve got plans today,” said Evans.

A short time later, they took her to the funeral home to identify her son.

“He was already in the black bag and they had to unzip it and… my mind just immediately went to his birth, and I never would imagine that he would be leaving this world like that,” said Evans.

Evans says they’d last spoken Friday afternoon and Thomas told him mom that he was going to hang out with some friends at a nearby deli.

When he didn’t come home, she assumed he was spending the night at his grandparents’ house on South Dunlop Street.

However, police believe Thomas may have been heading home when he was shot.

He had often used Liberty Street and the alley behind it as a short cut between his grandparent’s home and his house on Jefferson Street.

“Back then that street was very active, we had drug issues going on in that area, drug sales, drug usage, prostitution,” said Lt. Chambliss.

Despite the criminal activity in the area, a motive was not clear.

But it seemed unlikely that the killing was random.

“Whoever did this probably knew his pattern,” said Lt. Chambliss.

Evans also suspected that her son’s killer was someone he knew and she believed the gunman would be caught quickly.

“I just knew that that it was out in the media and the news that somebody was going to come forward and this was going to be solved immediately, but it didn’t turn out that way,” she said.

Weeks turned into months, months into years with an arrest.

“They say for the deceased, rest in peace, but he’s fine. I’m the one that needs the peace,” said Evans.

As the headlines and attention began to fade, Evans created an organization called Mothers Against Violent Crime in an effort to keep DeAndre’s murder, and others like it, in the limelight.

But she never got the results she so desperately wanted.

“Witnesses just wouldn’t come out, they’ll talk amongst themselves, but when you tell them that they need to speak with a detective… No go,” said Evans.

Now Petersburg Police are hoping a new team of detectives can convince someone to speak out about DeAndre’s Murder.

New Petersburg Police Chief Kenneth Miller has assigned two detectives to the cold case, tasked with digging through more than a decade’s worth of files and photos.

The detectives are also reconnecting with old sources and potential suspects.

“We’ve had a person of interest, just not enough to put the homicide on him,” said Lt. Chambliss.

Petersburg Police allowed CBS 6 behind the scenes access with detectives.

For the first time, detectives are releasing new details with the hopes of solving the case. Detectives say DeAndre Thomas may have gotten into a fight with several people shortly before his death.

It is also believed he had a cell phone with him the night he was murder. But when his body was found, no phone was recovered.

These previously unreported details raise some new questions, with police looking to the public for answers.

“It’s going to take somebody coming forth and saying that they either witnessed it or they’ve heard somebody talk about it,” said Lt. Chambliss.

DeAndre’s grieving mother says she will continue to play her part.

If you have information that could help detectives, call Petersburg Dinwiddie Crime Solvers at 804-861-1212.