Marine who battled leukemia reunited with K9 partner: ‘It’ll be a good time’ 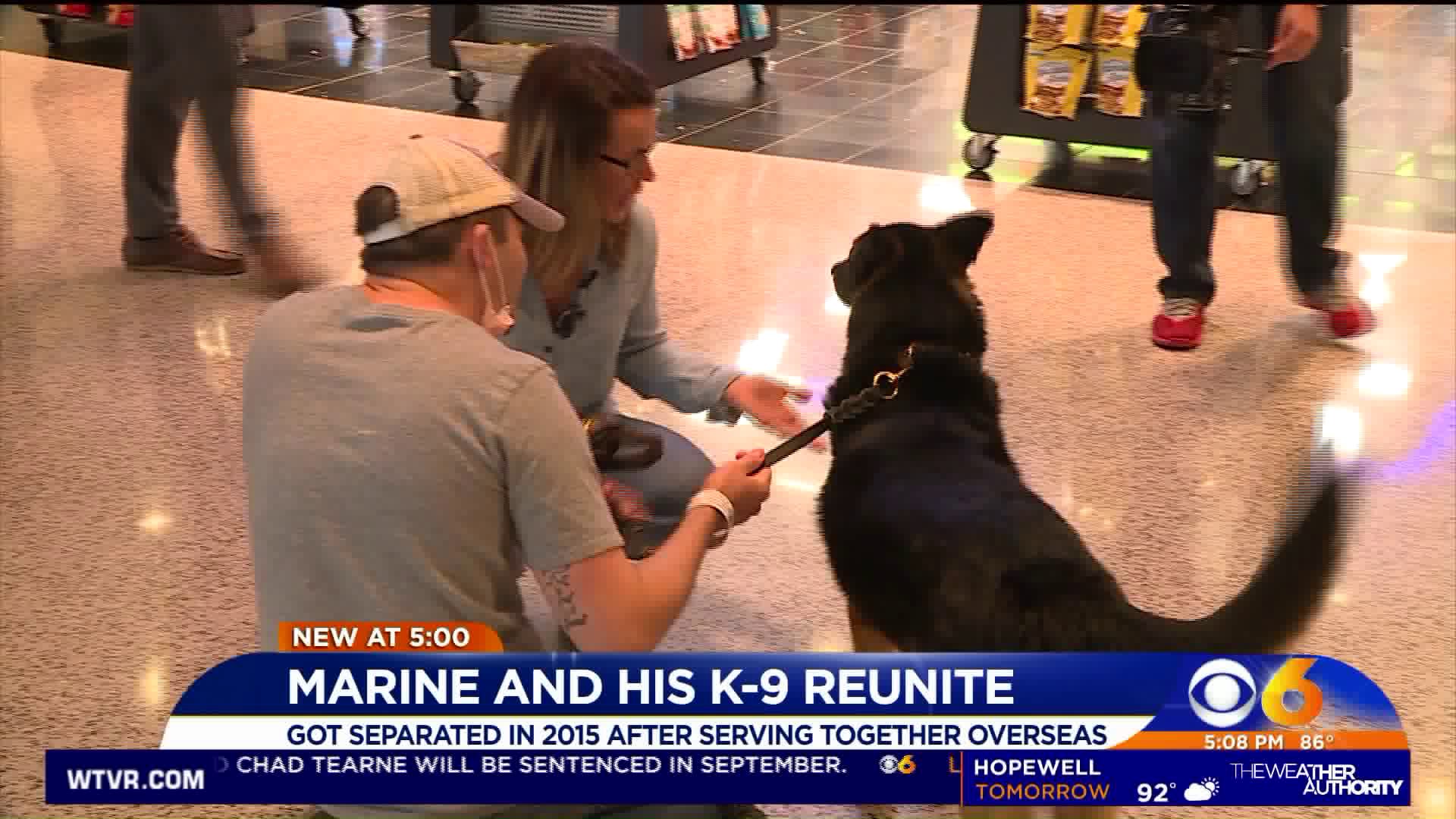 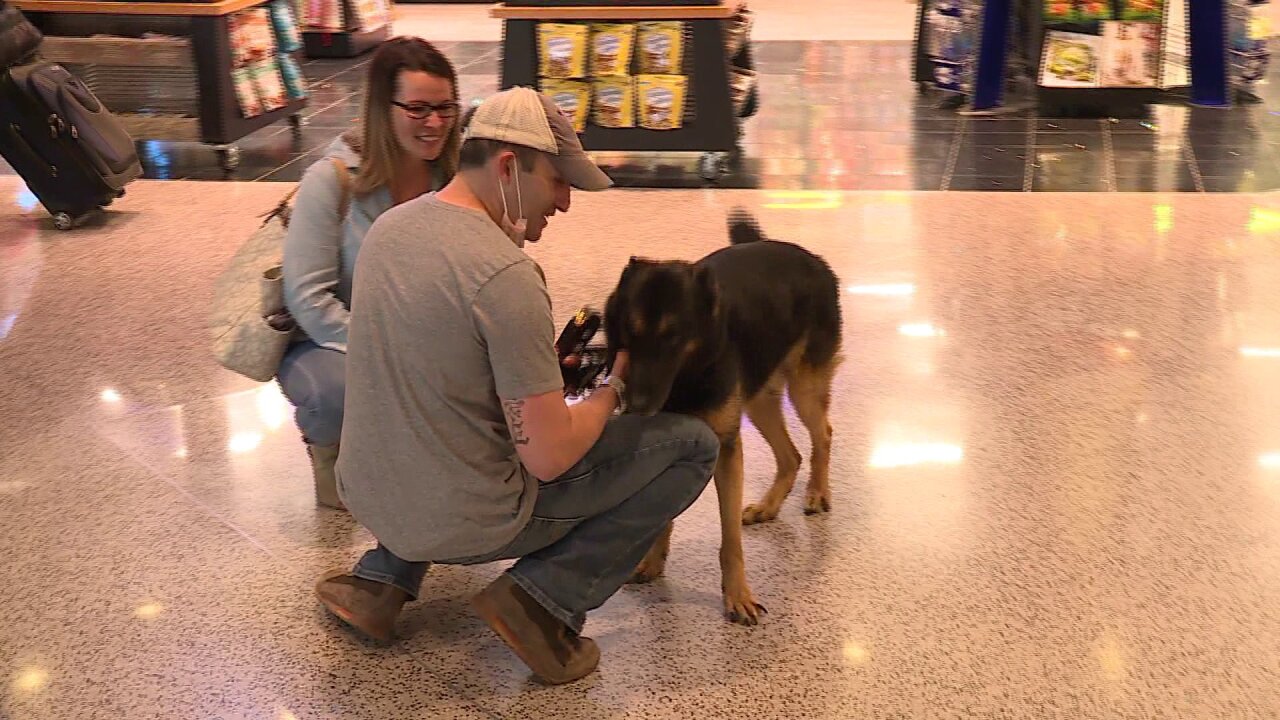 As Joe tells it, there are some friends who come into your life, leave an impression on your heart and you never forget them.

That’s how he feel about Fuli, a four legged fellow who deployed to Afghanistan with Joe and they teamed up to carry out their military duties.

Joe respected everything about him.

“His drive, his willingness to work. It just made going to work so much fun,” he said.

When joe heard Fuli was retiring last year, he wanted to adopt him, but his own personal battle got in the way.

He was diagnosed with leukemia and had to undergo treatment at Massey Cancer Center.

Thankfully he found a donor and had a stem cell transplant. That was the first hurdle that his wife Ashley watched him clear.

“Be the Match” found us a donor and truly saved his life,” Ashley said.

He had another opportunity to fight.

Thanks to Mission K-9 Rescue who adopted Fuli until joe`s health improved, Fuli made the nearly 9,000 mile trek from Okinawa to Houston to Richmond – where he had a sweet reunion with Joe and Ashley.

“To be able to see him go to this wonderful home and give back again to his handler who has gone through so much, one more on a different level, the two belong together,” said Kristen Maurer. “It`s so meant to be.”

Now the couple wants to raise awareness about Mission K-9 Rescue and about bone marrow donation through be the match, so that others may get a second chance at life.

And a chance to rekindle old friendships, just like Fuli and Joe.

“It`ll give me a reason to get off of the couch, take him for a walk, throw him in the back of the truck and go hang out at the lake,” Joe said. “It`ll be a good time.”