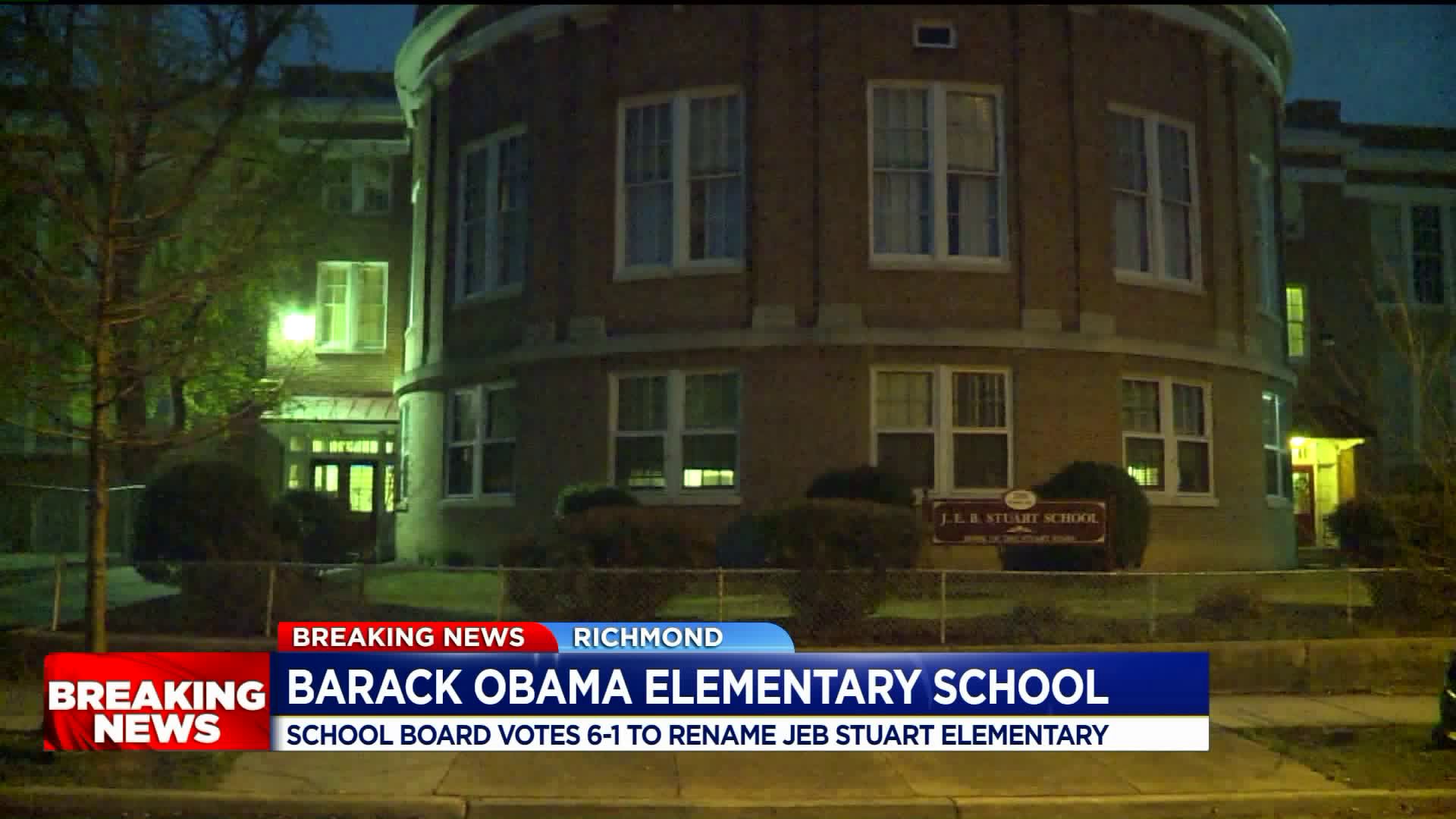 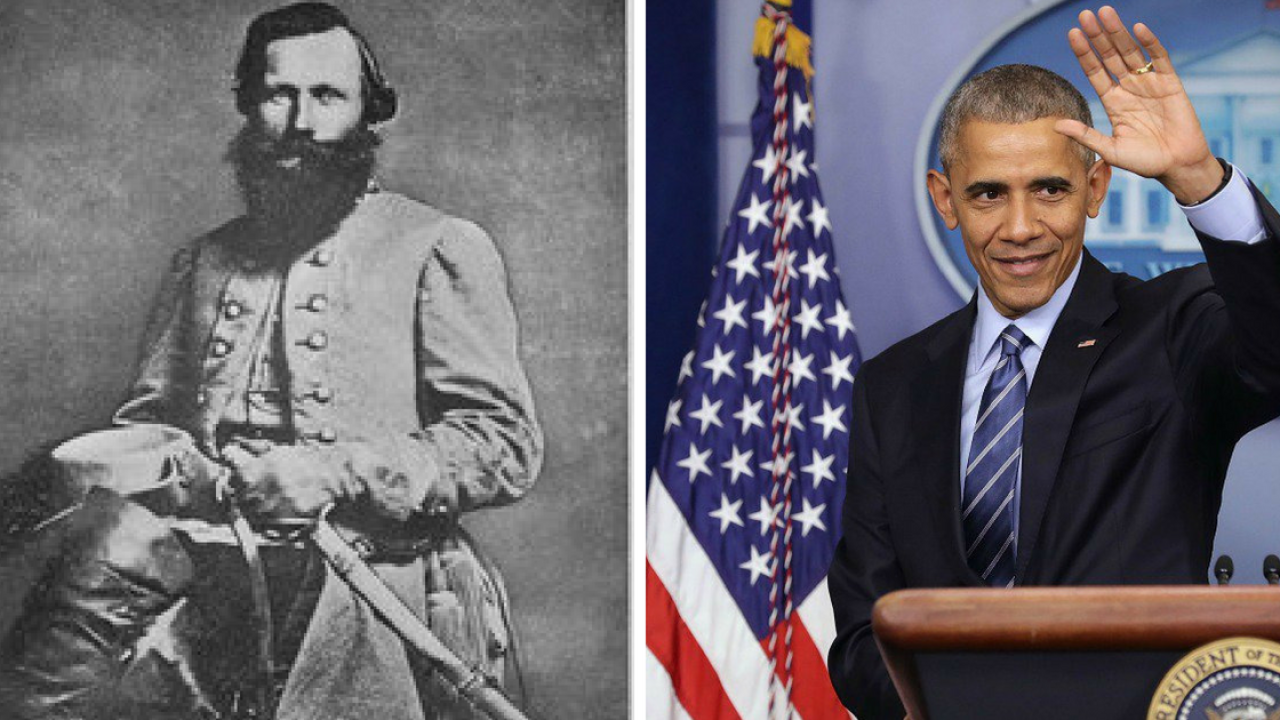 RICHMOND, Va. -- In a majority six to one vote, the Richmond Public School board voted Monday night to change the name of J.E.B. Stuart Elementary to Barack Obama Elementary School

Barack Obama Elementary school was chosen from a total of seven finalists.

Earlier this year the Richmond School Board voted 8-1 to rename the Northside school that honored the Confederate general.

Barack Obama became the country's first African-American president after he was elected in 2008.

Stuart Elementary is the only school in the City of Richmond named after a Confederate general. Richmond served as the Capital of the Confederacy during the Civil War.

Earlier this year, the City of Petersburg voted to rename three Confederate-named schools.