CAROLINE COUNTY, Va. -- Virginia State Police have released the name of the man killed in a two-vehicle crash in Caroline County that sent eight other people to the hospital Sunday morning.

Officials said the accident, which involved a black SUV and a white car, happened near the 32000 block of Richmond Turnpike just after 10:30 a.m.

Sgt. Keeli Hill with Virginia State Police said 56-year-old Gregory Scott Layne of Mechanicsville was driving a Toyota Corolla southbound on Route 301 when he crossed the center line and hit a Nissan XTerra with seven people inside.

"Unfortunately, Layne succumbed to his injuries at the scene," Hill said. "Layne had a infant passenger in the vehicle that did not have visual signs of injuries, but was transported to the hospital for further observation."

Additionally, Hill said the seven people inside the SUV were transported to an area hospital for treatment. 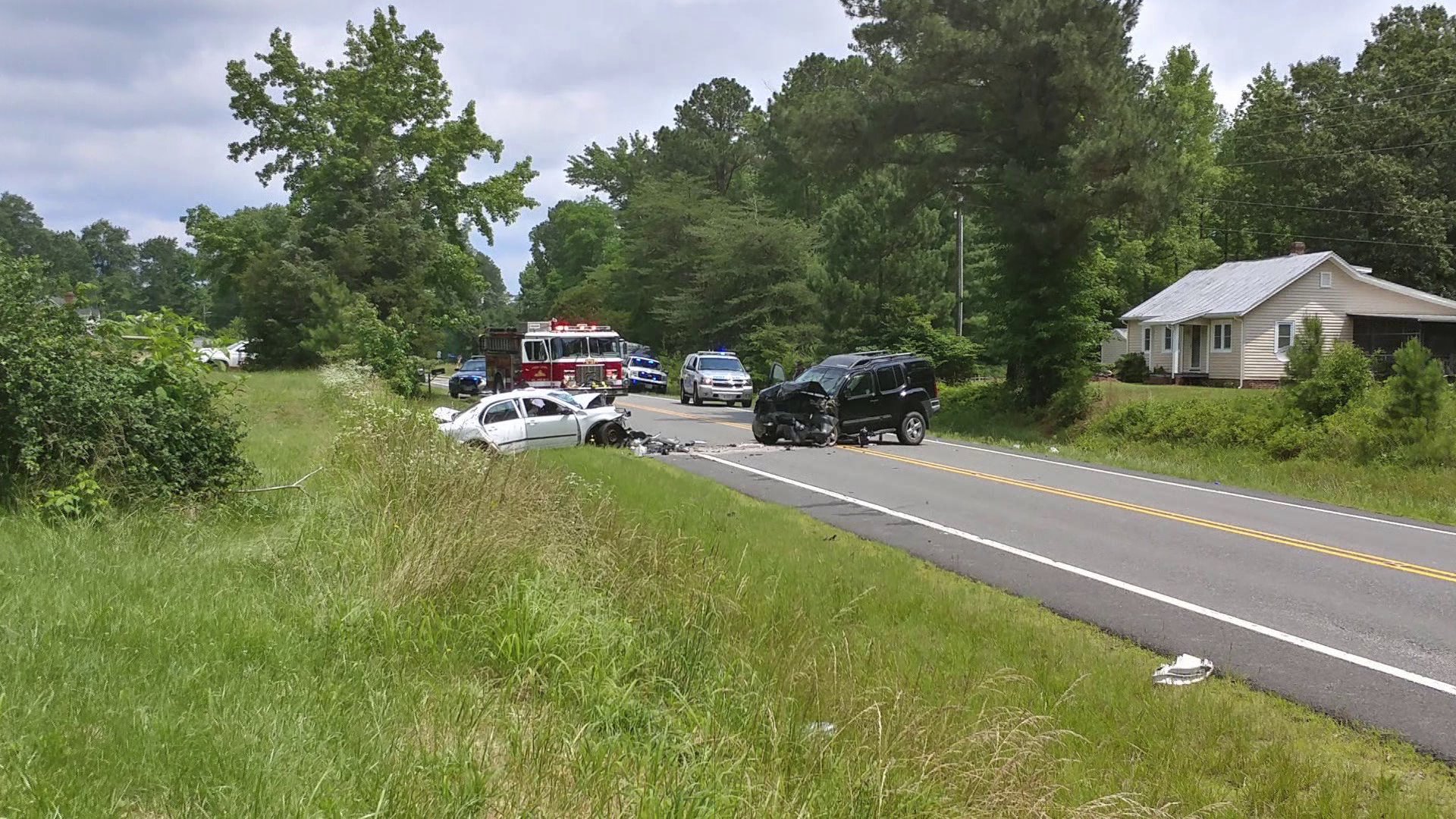 Mitch Owens got outside just as emergency crews pulled up in front of his house.

Witnesses said a baby was in the backseat of one of the vehicles.

Owens’ neighbor was the first on scene and got the child out by busting a window with the butt of his knife.

"He had to break the window out; the doors were locked; the car was smoking on top of that.  I mean, he did the right thing,” Owens said.

Witnesses said the child was in the backseat facing toward the rear. Owens heard it crying when EMS workers began to help.

Owens has seen close calls on the turnpike and elsewhere since he drives tractor trailers-for a living.

"They fly up and down this road like it's a racetrack,” he said. “Slow down, be careful, pay attention to what you're doing."

Owens said he was relieved the baby appeared to be OK but said what he witnessed will stay with him.

“Well, it grieves my heart.  It really does to see something like that,” he said. “I hate to see anybody [lose their life], especially in my area.  It's a sad situation.”

Hill said the cause of the crash remains under investigation with the assistance of the Virginia State Police Crash Reconstruction team.