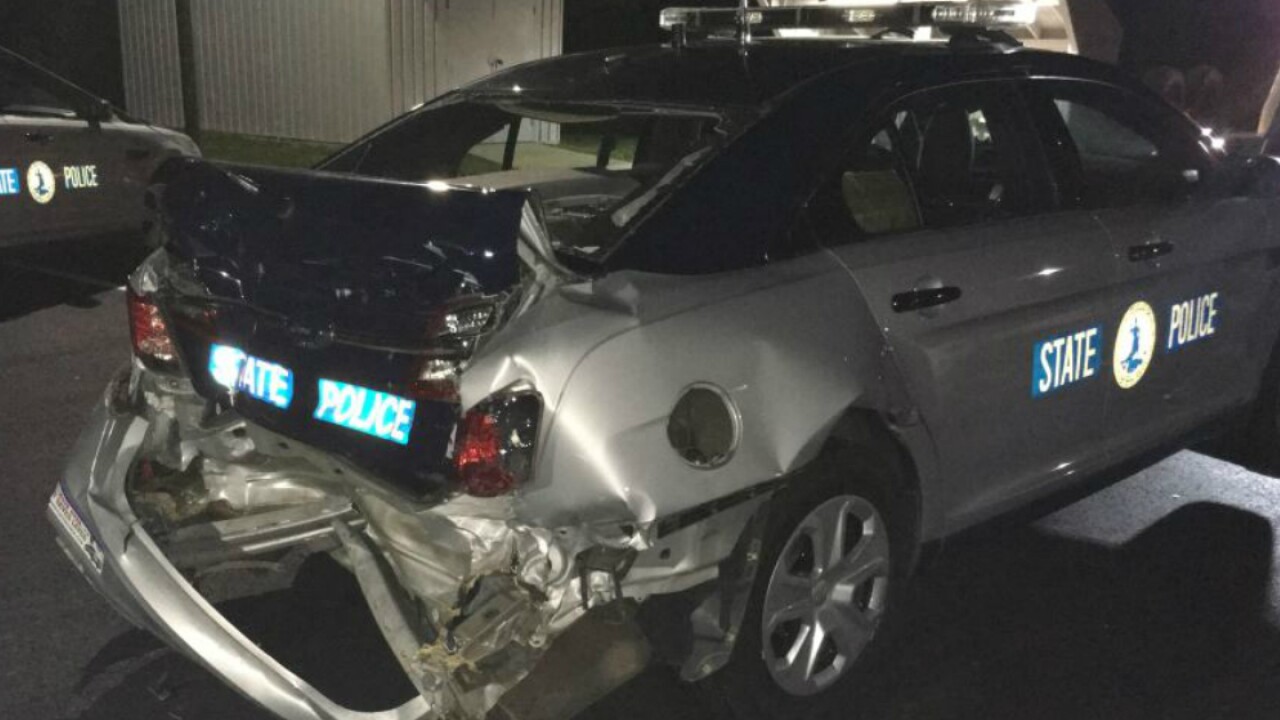 YORK COUNTY, Va. – A state trooper and two other drivers were injured in a three-vehicle crash along Interstate 64 west in York County Friday night.

According to Virginia State Police officials, the trooper activated the emergency equipment on his car around 9:30 p.m. while attempting to pull over a sedan for speeding, WTKR reported.

Officials said the driver of that sedan abruptly slowed down to a stop.  As a result, officials said the trooper slowed his car abruptly — to avoid hitting the sedan — and was then rear-ended by a pickup truck.

After getting struck from behind, the trooper’s car was pushed into the sedan and a guardrail, official said.

The trooper as well as the drivers of the sedan and pickup sustained minor injuries.

The trio were tended to by medics on scene, but no one was transported to the hospital.

The driver of the sedan, 22-year-old Kanishia Aurdray Collins, was charged with improper stopping.

The driver of the pick-up truck, 51-year-old Steven Todd Perkins, was charged with following too closely and driving while suspended.