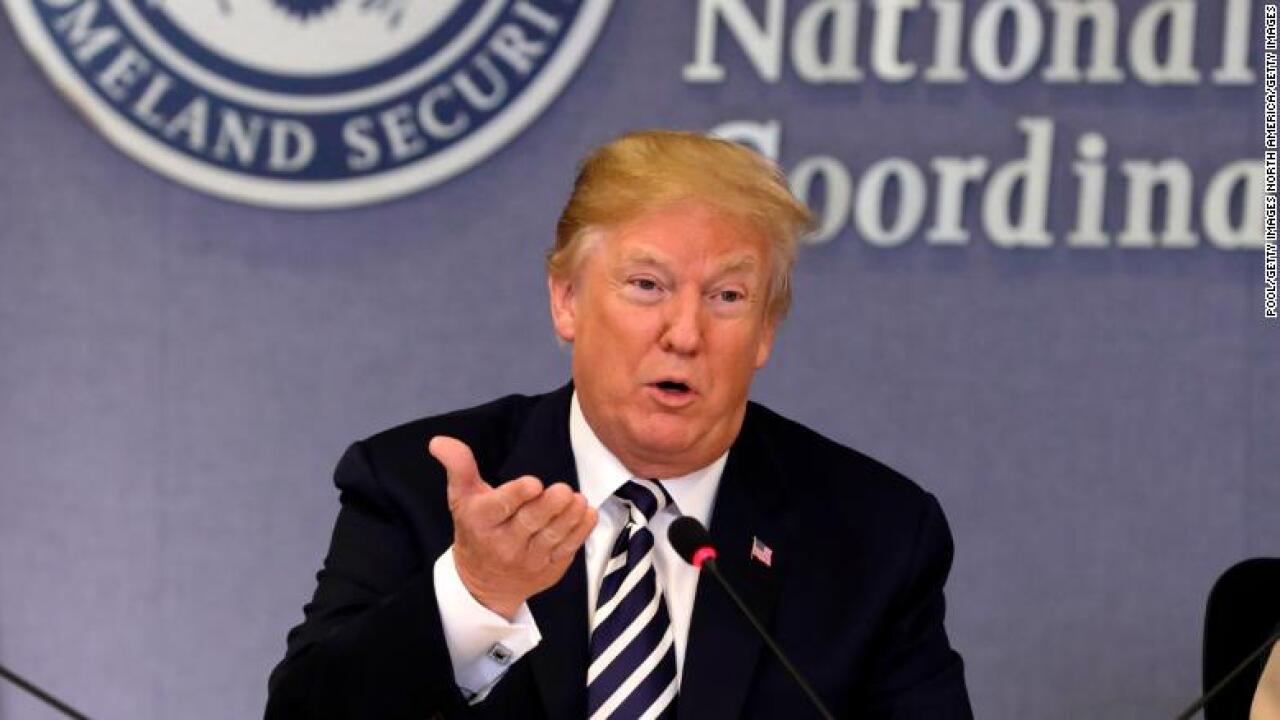 President Donald Trump suggested Wednesday that a main reason the US Coast Guard was so busy rescuing people during Hurricane Harvey was that people were watching the storm on boats.

But local officials — including the state’s Republican governor — have no idea what he’s talking about.

The Coast Guard “saved 16,000 people, many of them in Texas, for whatever reason that is,” Trump said during a visit to the Federal Emergency Management Agency headquarters for a briefing on hurricane season.

He added, “People went out in their boats to watch the hurricane. That didn’t work out too well.”

It’s not clear where Trump got the figure. A message left with the White House Thursday morning was not immediately returned. In a statement to CNN, the Coast Guard said it saved “nearly 12,000 Americans” in a response effort with federal, state and local partner agencies but referred questions about Trump’s claim about people taking to the seas to watch the hurricane to the White House.

After the briefing, in which he participated via video teleconference, Texas Republican Gov. Greg Abbott told reporters he had “no information one way or another about” the President’s claim.

“I don’t even know how to respond to that,” Marty Lancton, president of the Houston Professional Fire Fighters Association, told the Houston Chronicle.

Coast Guard Petty Officer Edward Wargo told the newspaper, “I don’t know how we would go about confirming that.”

“I didn’t see anyone taking the approach that would reflect his comments,” Harris County Sheriff Ed Gonzalez told the Chronicle. “I’ll be sure to invite the President to ride out the next hurricane in a jon boat in Galveston Bay the next time one approaches.”

The hurricane slammed into the coast as a Category 4 storm near Corpus Christi in August, dumping several feet of rain on the Houston area. Trump visited Texas twice after the hurricane.