KING WILLIAM COUNTY, Va. -- Two good Samaritans used a rope to haul a man and his dog from raging flood waters after an SUV was swept off a rural road in King William County Sunday evening.

Hope Renee was on her way home on Calno Road around 6:45 p.m. when she saw a pickup was stopped along the road.

“[The man] jumped in the back of his pickup and grabbed a rope,” Renee said. “We got out of the car and noticed a white SUV was in the water."

Renee said it appeared that water covering the road had washed the SUV into the creek.

That is when she called 911 after spotting a man and his dog still in the vehicle.

Renee said her friend and the man in the pickup, who happened to have a rope and flotation device in the back of his truck, tossed the line to the man in the SUV.

Renee said the man, who appeared to be in his late forties, attached it to his black Lab's collar and the pair pulled the pup to shore.

"So they ended up throwing the rope back to him and he tied it underneath his arms and then they pulled him to safety also,” she said.

Renee said the man and his "very friendly" dog were safely on shore by the time the rescue squad arrived, Renee said.

"He did come up to me and I did get to pet him,” Renee laughed. "He was more concerned with getting his dog to safety before himself, actually."

After the pair were rescued, video showed the white SUV nearly fully submerged.

Renee, who has lived in King William for 28 years, said she has never seen water that high.

"It’s a swampy area, but it had never flooded before," she said.

The flooding, which washed out roads and downed trees across part of Central Virginia, prompted some districts cancel or delay school for Monday. King William County Schools are on a two-hour delay.

“And thanks to you guys for always getting the word out," Renee added. "You know, if you see water, just turn around.”

We're still working to find out who the good Samaritan was who saved the man and his dog. Anyone with more information can submit a news tip here. 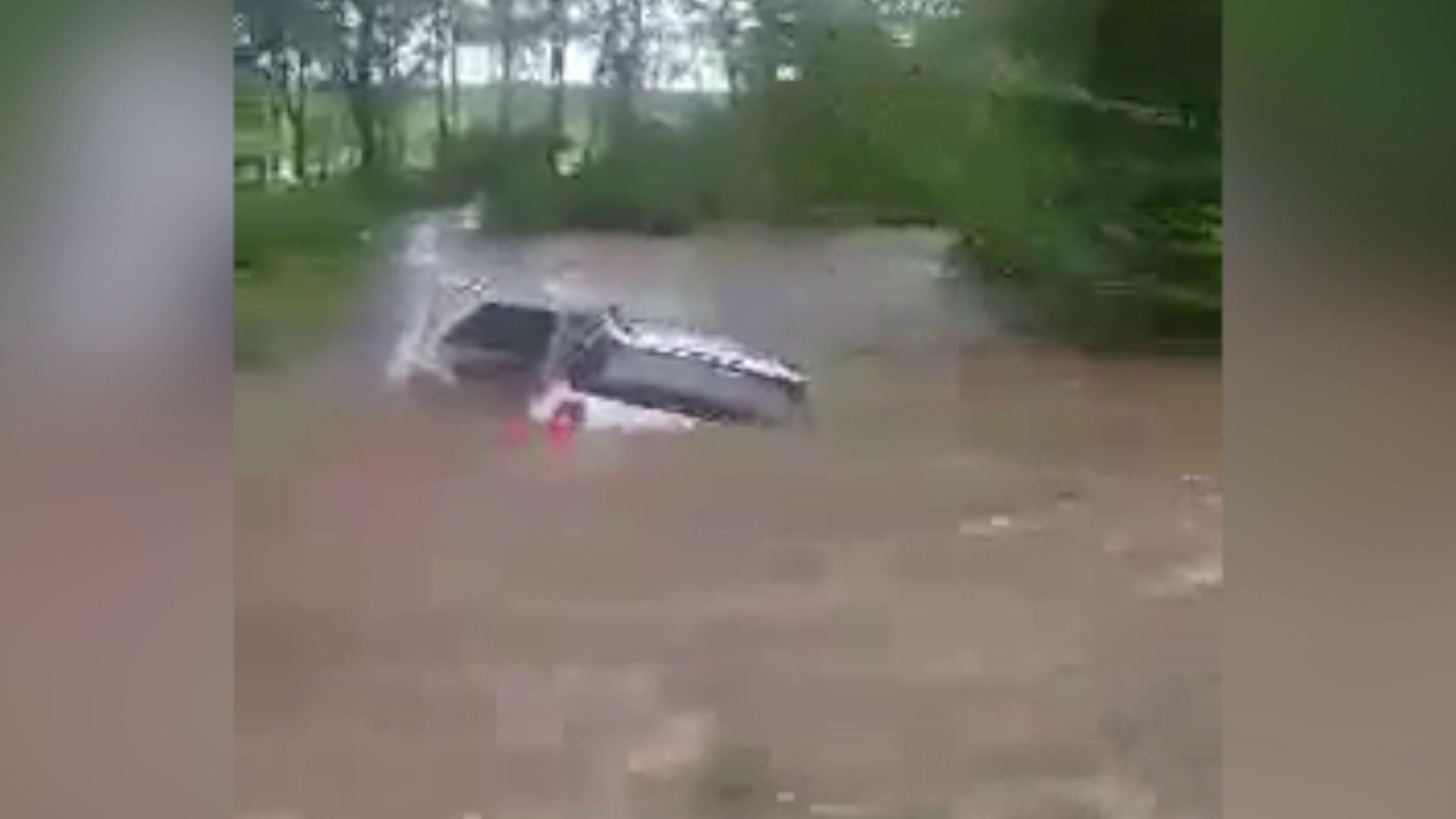