Strangers push cars from Henrico flooding: ‘That is my Mom!’

"Some storms will produce over an inch of rain in under an hour," Meteorologist Mike Stone said.  "Multiple inches of rain will occur where storms persist. Flash flooding will develop rapidly."

As a result, Flash Flood Warnings were issued for parts of the CBS 6 viewing area. A flash flood watch was also in effect for most of the state .

Video showed FrankMcMurrough and his son, Frank Jr., spring into action and push two cars, including a Mini Cooper, out of the rising waters.

"That is my Mom!" one woman replied to the video posted on Facebook. "Thank you for helping her!!!"

In another video taken along Hungary Road in Henrico, a car could be seen sitting in a flooded section of the road that had been blocked off by police.

Roads across several counties in Central Virginia were still closed as of Sunday afternoon because of flooding or downed trees.

Occasional bands of heavy rain and storms will continue until the low pressure exits.  No severe hail or damaging winds are expected.  There will be lulls in the rain, and even some breaks for sunshine in spots.

Rain will be more focused in eastern Virginia by late in the day.  The rainfall will taper off Sunday evening, and we will dry out Sunday night.

Rainfall totals as of Sunday a.m.

Rainfall totals exceeded 6" in some locations.  The rain totals are estimated by Doppler radar.

If you see breaking news, and can do so safely, shoot a photo or video and send it to CBS 6. You can also upload photos to our Facebook page,  email pics@wtvr.com from your phone or click the "submit your photo" button below. Depend on CBS 6 News and WTVR.com for the most complete coverage of breaking weather. 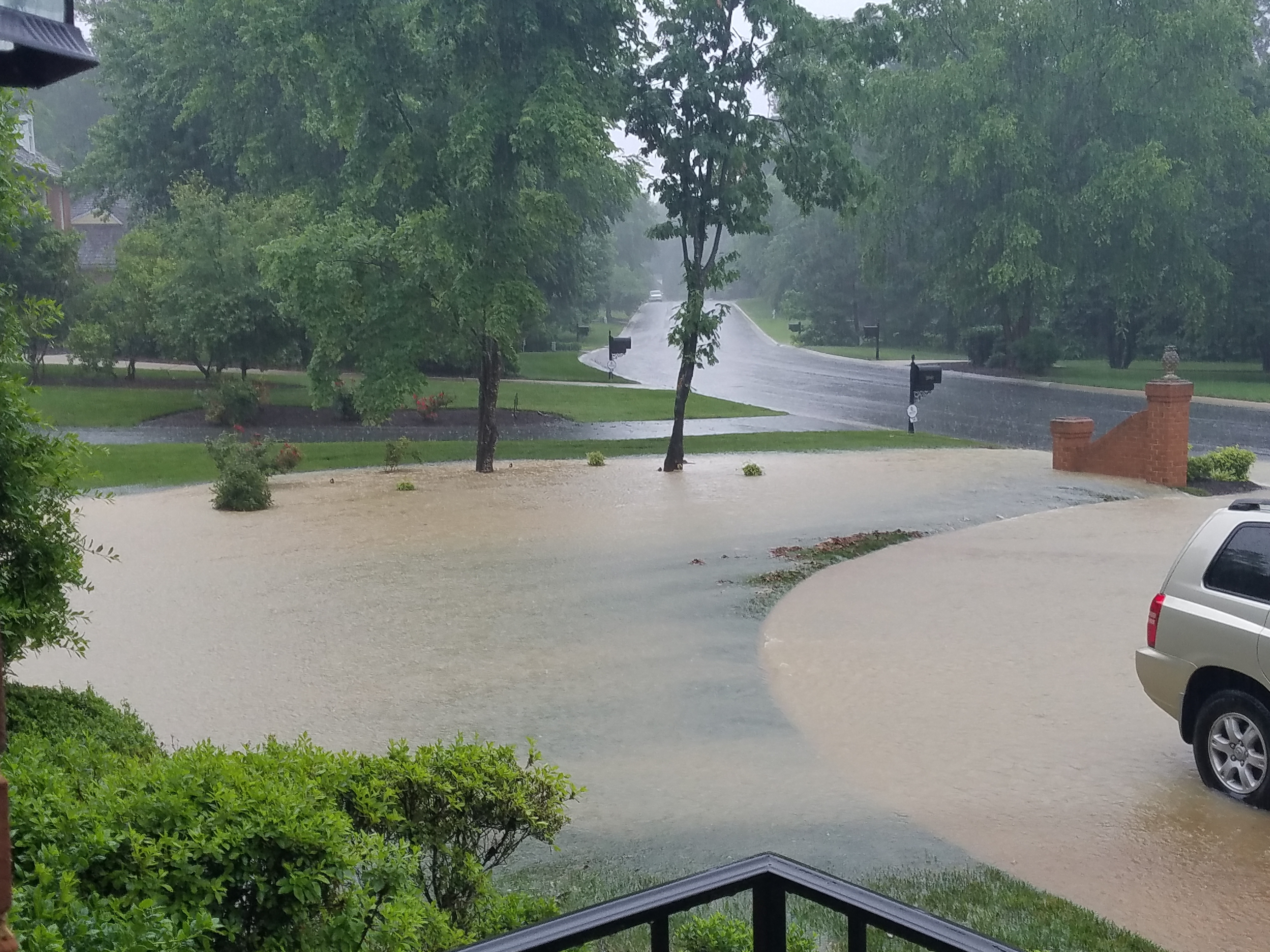