WASHINGTON, D.C. – A U.S. Park police officer who was working as a security guard on a movie set at the National Mall partook in some off-camera action Thursday.

The officer was alerted by someone who said their SUV was stolen near 3rd Street, Northwest, WDCW reported. The officer left the movie set and began going after the suspect in the stolen car.

The officer found the suspect, identified by police as 37-year-old Dustin Smith, of Fredericksburg, and chased the SUV to 14th Street, NW.

Police said Smith crashed the car at 11th Street, NW and H Street, NW, and the SUV went up in flames.

A different officer tried to arrest Smith, but police said Smith was aggressive, so the officer tasered him. Smith was taken into custody. 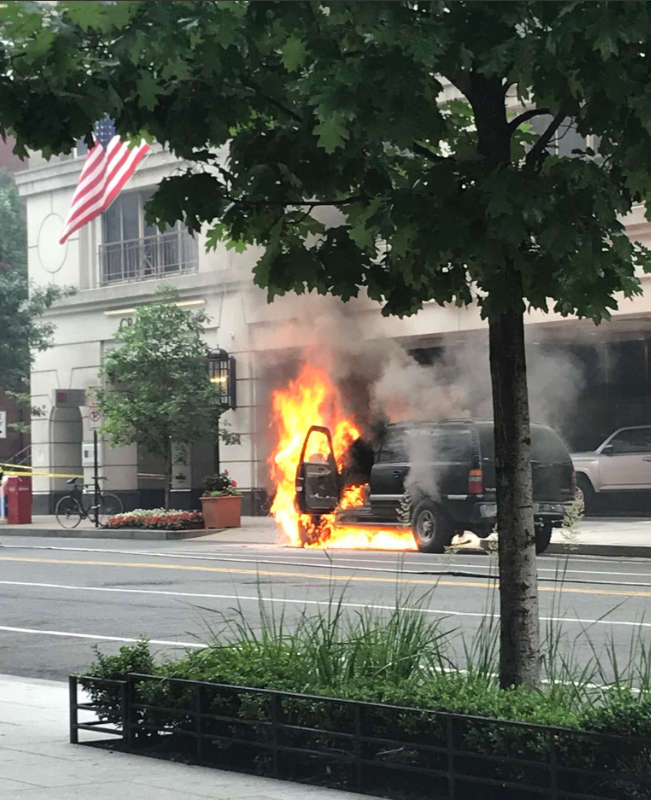