After heart surgery, ‘he was talking love,’ so this couple wed at hospital 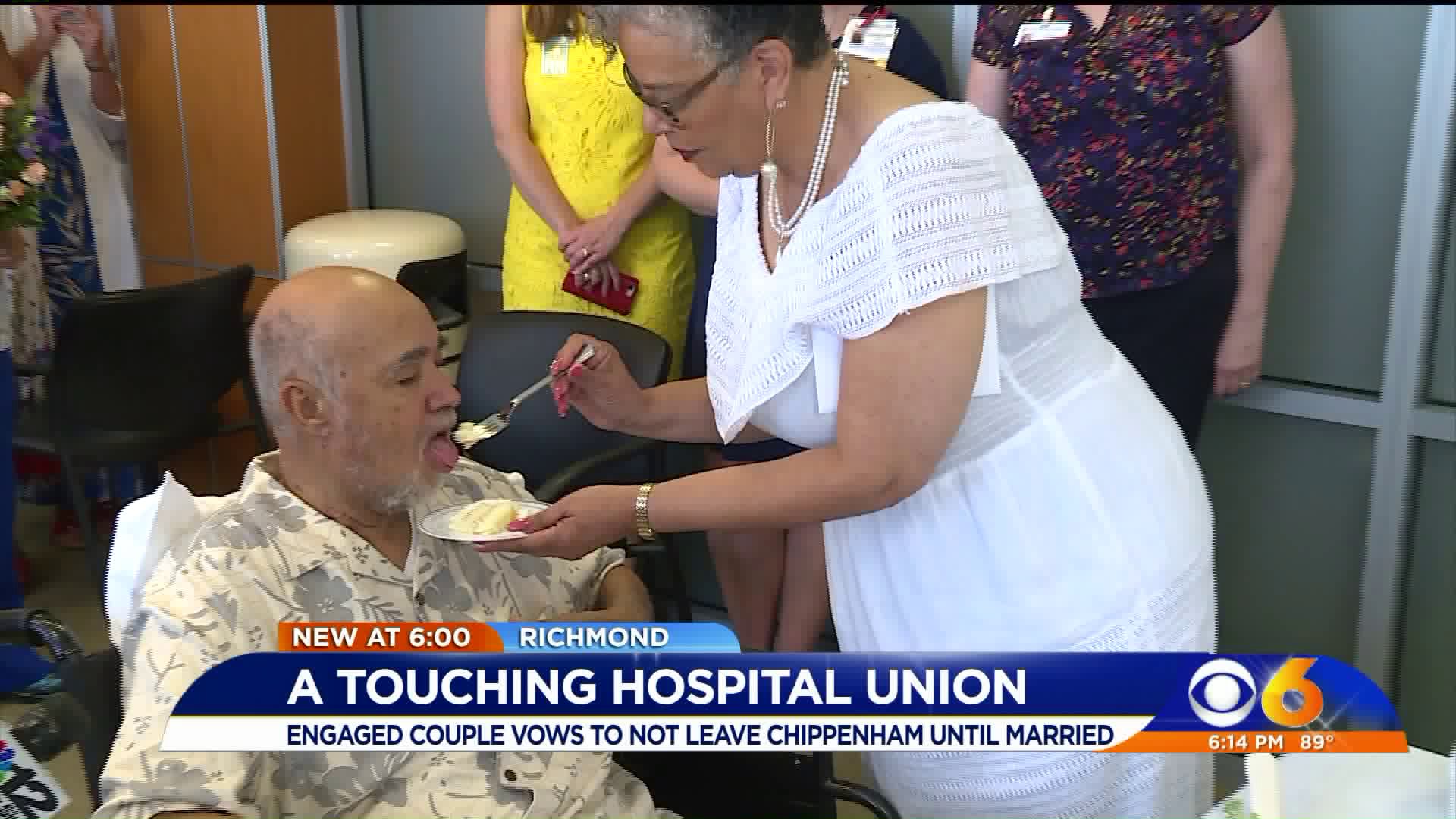 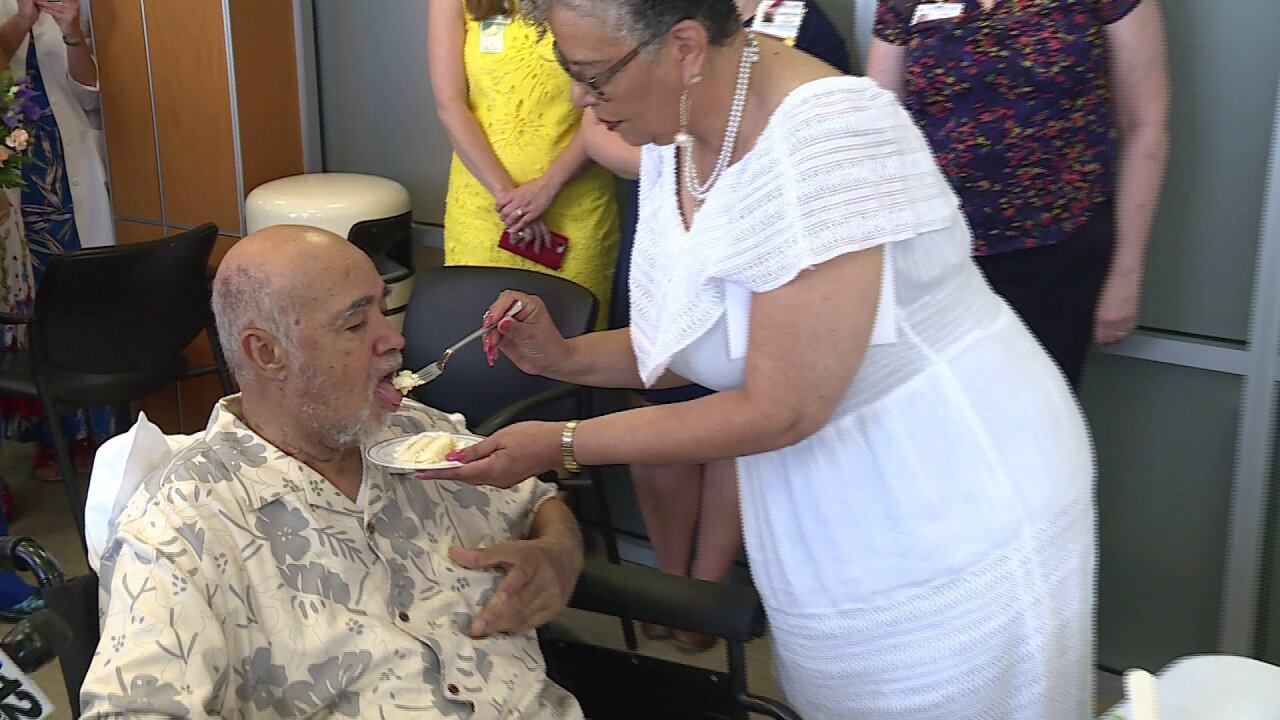 CHESTERFIELD COUNTY, Va. – A Central Virginia couple dealing with some health issues got married at the hospital on Friday.

Cecil and Dirscell Martin made the decision to wed while Cecil was recovering from heart surgery at Chippenham Hospital.

Dirscell Martin said she stayed by her now husband's side while he was in the hospital.

“I felt like when Dr. Christopher opened up his heart, I just fell out there on his heart,” Dirscell said. “Because all he was talking was love, love, love and he wanted to get married.”

Dirscell said she even asked for the approval of her husband’s doctor.

"I asked the doctor for a letter to say he was [of] sane mind,” Dirscell said. “And I did get that letter In case he tells me ten years from now, 'I don’t recall.'"

A teary-eyed Cecil had few words after the nuptials.

“My wife does all the talking,” he said.

After the wedding, the couple got the good news that Cecil was able to be discharged from the hospital so he could take the next step in his recovery: rehabilitation.