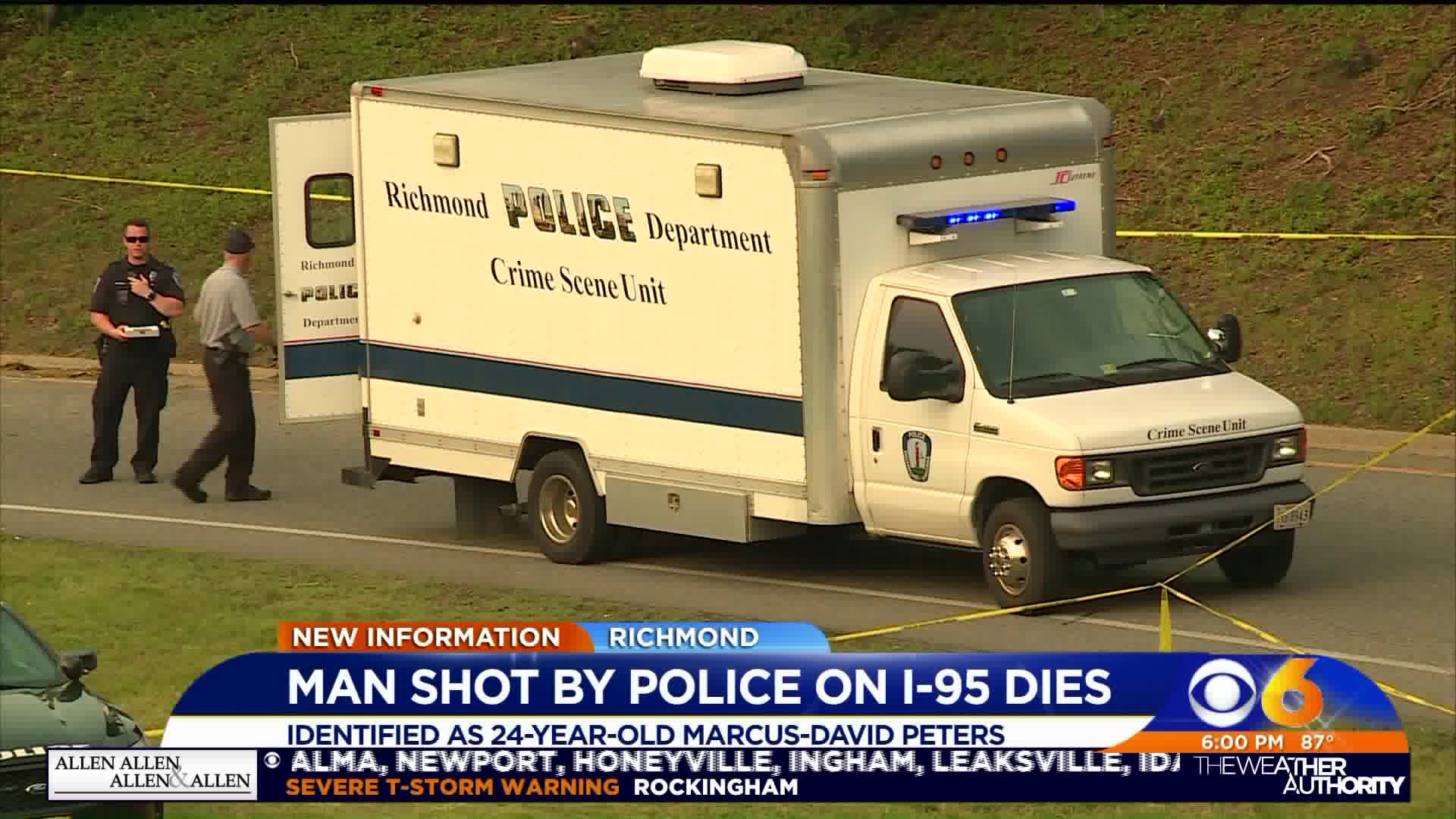 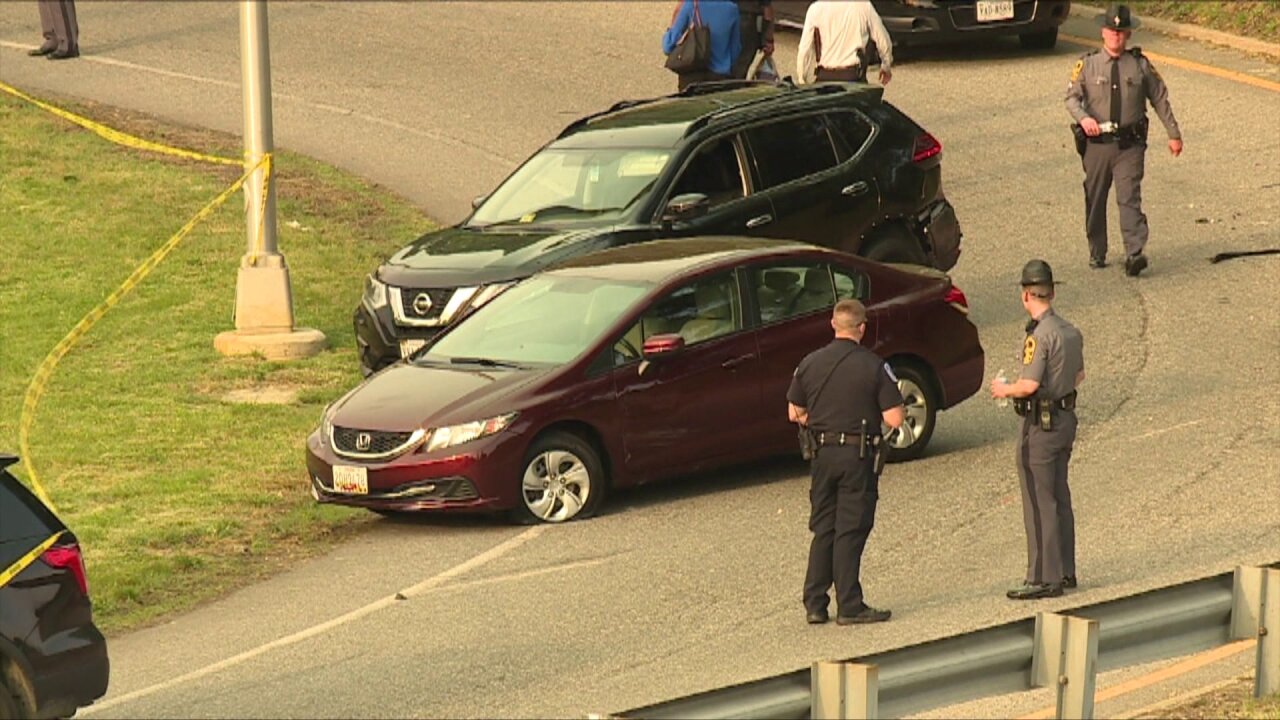 RICHMOND, Va. -- The naked man shot by police after he shut down traffic on Interstate 95 in Richmond Monday has died, according to Richmond Police. He was identified by police as Marcus-David L. Peters, 24, of the 6700 block of Dartmouth Avenue.

The shooting took place near the I-95 northbound on-ramp from Chamberlayne Avenue in Richmond following a short pursuit that began following a hit-and-run.

Shortly after 5:30 p.m., Peters was observed driving a sedan that struck another vehicle at the intersection of W. Franklin and N. Belvidere Streets. Peters fled the scene in his vehicle, according to police. An RPD officer pursued Peters northbound and onto the I-95 on-ramp.

Police said that Peters lost control of his vehicle after he struck two other vehicles on the on-ramp. Peters emerged from his disabled vehicle and ran into the northbound lanes of I-95. He was not wearing any clothes.

Peters then ran back towards the on-ramp and charged the RPD officer, who deployed his Taser in an effort to disable Peters. It proved ineffective, so the officer fired his service weapon, striking Peters, who was unarmed.

Peters was transported to a local medical center where he died shortly after midnight.

The RPD officer, a male with ten years of service, has been placed on administrative leave which is standard procedure while the Department’s Force Investigation Team (FIT) conducts its investigation. The FIT detectives will interview the officer and any other eyewitnesses that can be located. They will review the officer’s body-worn-camera video and any other video or photographs that can be located. Such images can be submitted to the RPD using the Crime Stoppers P-3 app which has its own category labeled “95 Incident.”

Once completed, the final FIT report will be presented to Chief Durham and the Commonwealth’s Attorney’s Office.

The officer’s name will be released once risk assessment has been completed.

"We are all deeply affected by what happened here – by the loss of life," Richmond Police Chief Alfred Durham said in a statement released by Richmond Police. "Our officers do not take the use of deadly force lightly. I think it’s important to remember that being naked does not remove a threat. So far, the eyewitness accounts we’ve heard have been consistent: our officer tried using verbal commands, then used non-lethal force first by deploying his Taser before using his service weapon."

Messages of love and support came pouring in on social media Tuesday as friends and family of  Peters learned of his death.

One friend and former boss told CBS 6 Peters was the most kind and genuinely good person he ever worked with.

Sources said Peters worked as a teacher and at The Jefferson Hotel.

Anyone with information about this incident is asked to call Major Crimes Detective R. Wigfall at (804) 646-6769 or contact Crime Stoppers at 780-1000 or at www.7801000.com.  The P3 Tips Crime Stoppers app “95 Incident” for smart phones may also be used to submit still photographs or videos. All three Crime Stoppers methods of contact are anonymous.