Police: Watch out for this couple and their money with Chinese writing

“The individuals depicted in the photographs entered the Captain D’s restaurant in the 200 block of South Washington Highway, purchased a meal and paid with a $100 bill later determined to be counterfeit. The couple may be driving a gray Toyota Rav-4,” an Ashland Police spokesperson said. “This event may be connected with two other incidents of counterfeit $100 bills being passed in Ashland.”

While the counterfeit bills appear to be $100 U.S. currency, according to police, the have Chinese writing on them that indicates “Practice Voucher – Not for Circulation” on both sides. 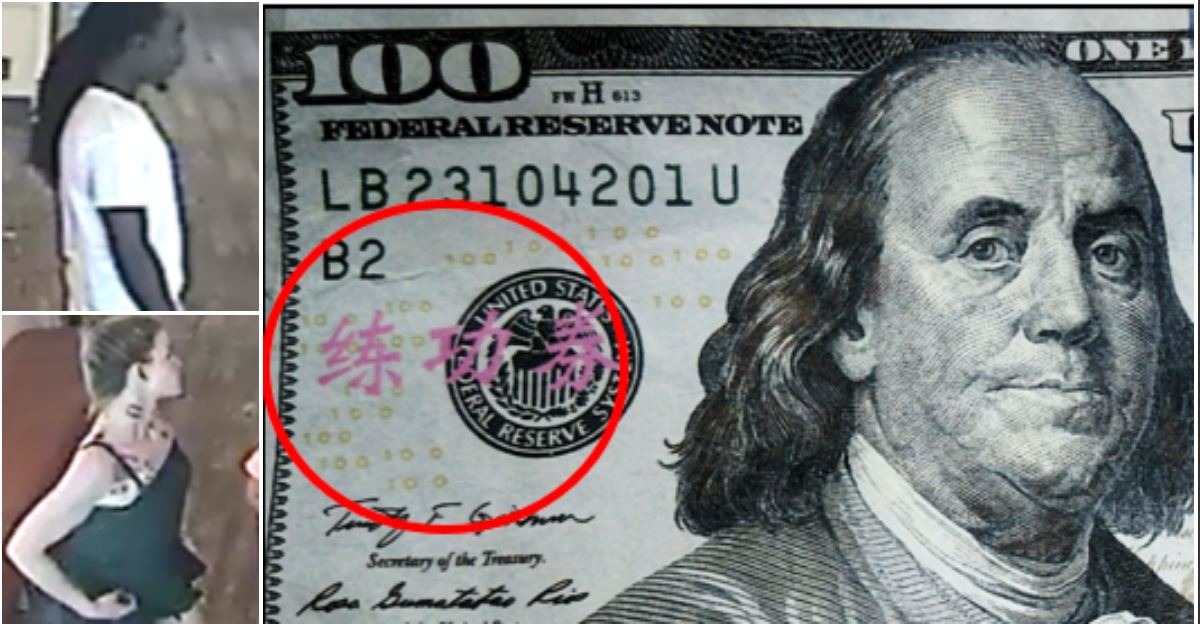