Heroin overdose leads to arrests after search of homes, attic, and shed 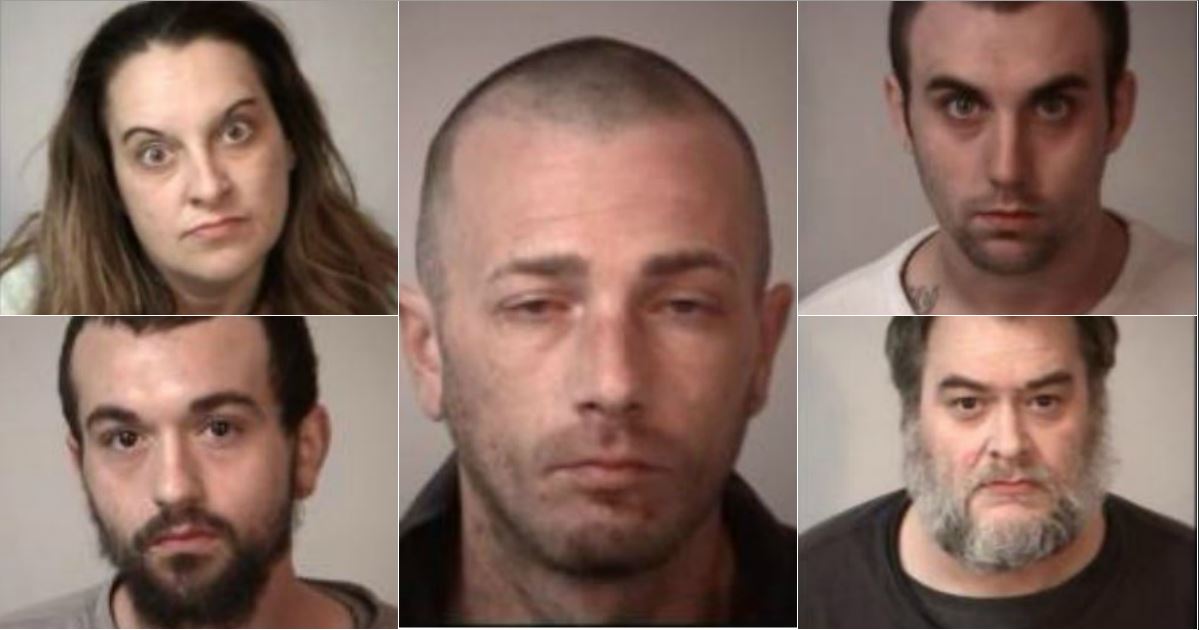 STAFFORD, Va. — Several people were arrested on drug charges after someone overdosed on heroin in a Stafford townhouse. Deputies were called to the Thomas Jefferson Place townhouse on April 26.

“Detectives learned that the overdose subject [who survived] as well as a second subject had come to the residence to use heroin. Following the overdose, a juvenile known as ‘Fat Boy,’ who had been using heroin with them, cleaned up the evidence of drug use and fled,” a Stafford Sheriff’s spokesperson said.

Detectives were able to track down ‘Fat Boy’ and secured permission to search the home where he was located.

“They discovered a subject hiding in the attic,” the sheriff’s office spokesperson said. “The subject, identified as Kyle William Dickinson, 23, consented to a search of his room. Detectives found drug paraphernalia and subsequently detained him. In the living room, investigators saw Dickinson’s girlfriend, identified as Megan Renee Jenkins, 20, of Stafford, clutching a purse. Investigators asked if they could search the purse and Jenkins consented. Drugs and drug contraband were located.”

The homeowner then gave detectives permission to search the entire residence.

“Drug paraphernalia was discovered throughout the home, including in the bedroom of another suspect, Joseph Andrew Amos, 31. When Amos returned to the residence, he admitted the paraphernalia belonged to him,” the sheriff’s office spokesperson said. “Detectives then searched a shed located at the back of the property. Inside they located Stephanie Lynn Hall, 40, of Stafford and Dylan Scott Dickinson, 25, of Stafford. Detectives found marijuana and drug paraphernalia on Hall’s person and a small bag on Dylan Dickinson’s person containing what they believed to be heroin. Both were taken into custody.”

Amos, as well as Kyle and Dylan Dickinson were on probation, according to the sheriff’s office.

“They all failed a subsequent drug test administered by their probation officer and were transported to Rappahannock Regional Jail for probation violations. Dylan Dickinson was also charged with possession of a controlled substance,” the spokesperson said. “Hall was also incarcerated at Rappahannock Regional Jail. She is charged with possession of marijuana and possession of a controlled substance. After taking the suspects into custody, detectives returned to the original residence and conducted a search after receiving permission from the homeowner, Nicholas Lee Horton.”

After drugs and drug paraphernalia were found throughout the home, detectives took Horton, 48, into custody on charges of possession of a controlled substance and contributing to the delinquency of a minor.