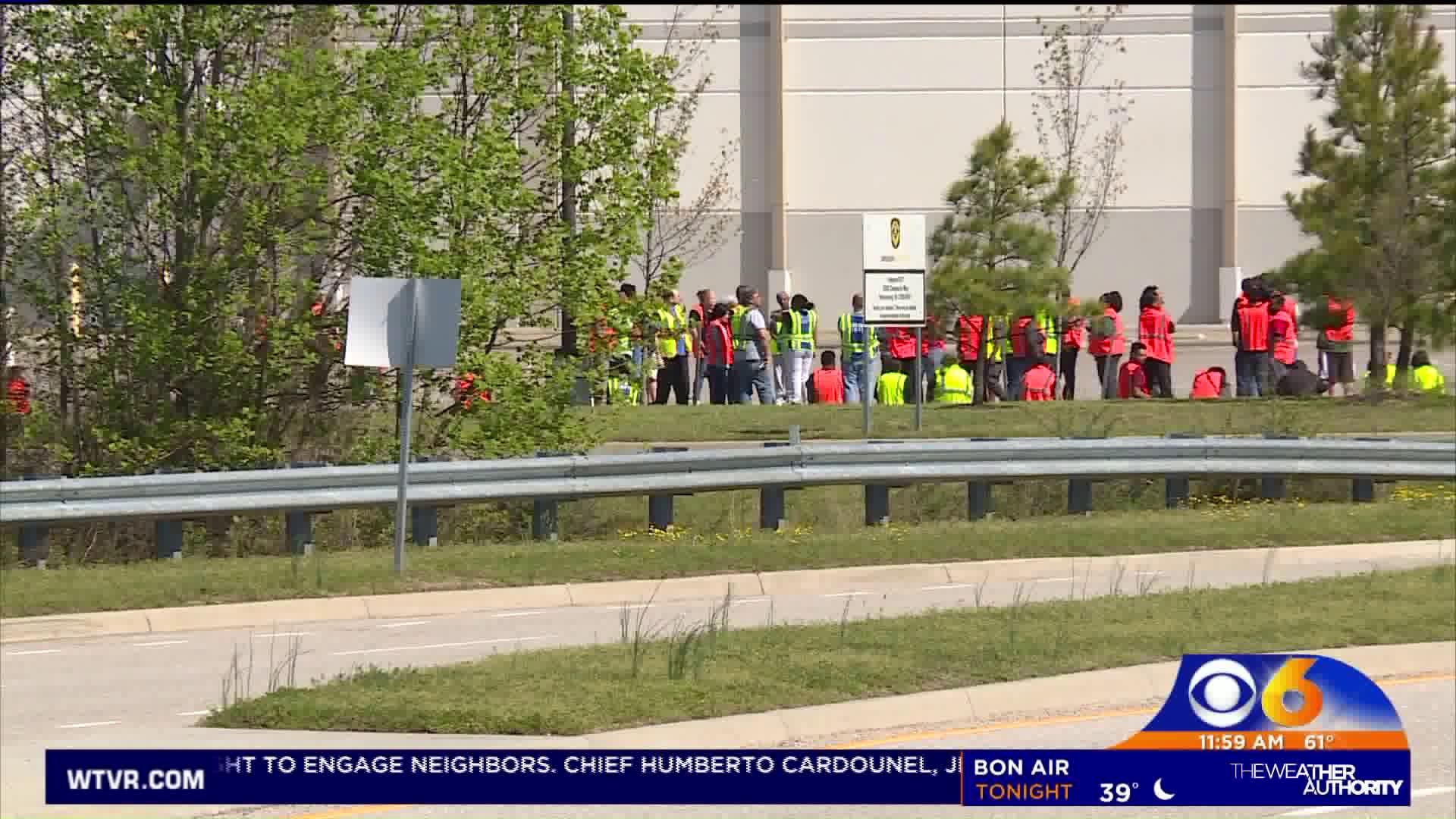 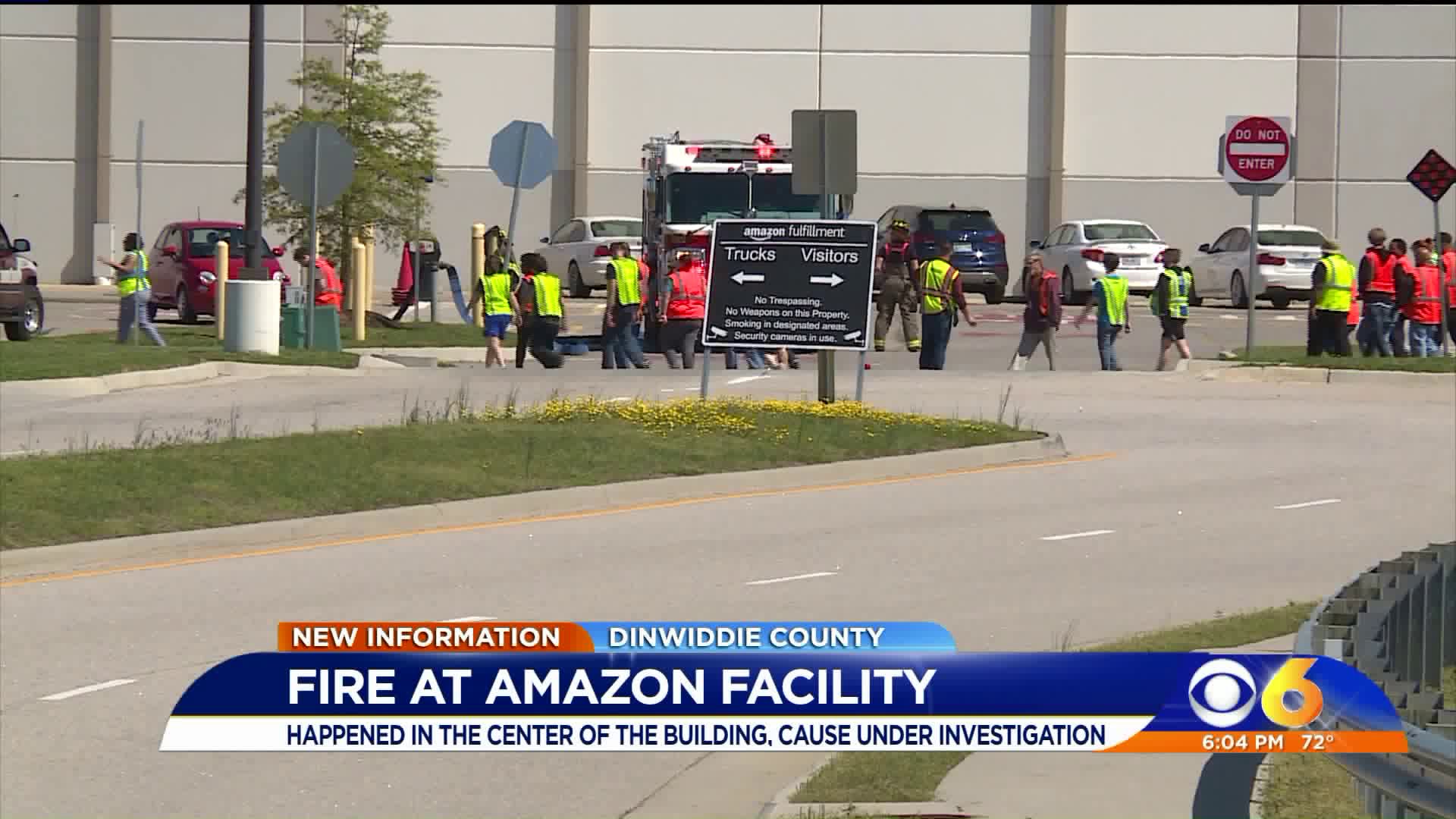 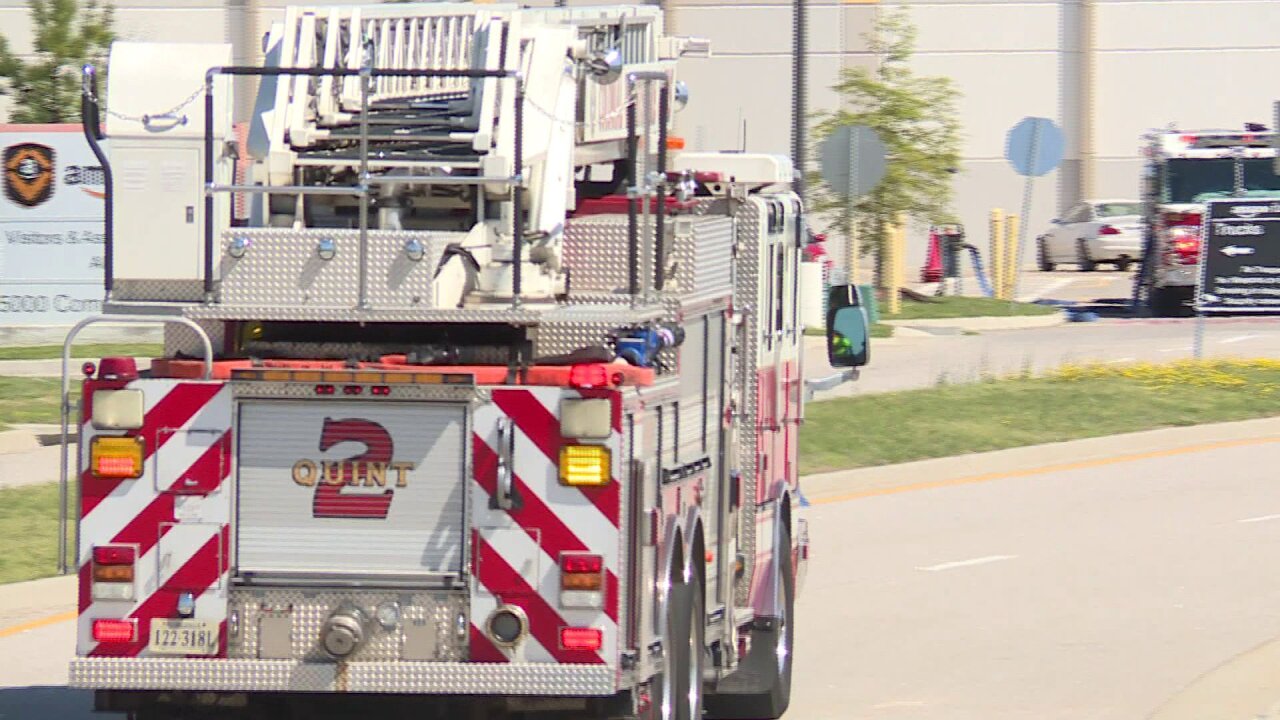 DINWIDDIE COUNTY, Va. -- A morning fire that forced an evacuation of the Amazon Fulfillment Center in Dinwiddie County remained under investigation into Monday afternoon.

"We received two to three calls to 911 around 9:53 a.m. reporting a fire in the Amazon building," Dinwiddie Fire & EMS Chief Dennis Hale said.

As the first fire units arrived on scene, they saw more than 100 Amazon evacuees standing safely outside the building. Amazon security personnel direct firefighters to a specific door at the massive facility.

"We had smoke visible and fire visible in the building from that door on arrival," Chief Hale said.

The location of the fire inside the center made fighting the fire challenging.

"Being in the middle of the building was a significant logistical challenge for the crews to move hose lines that far inside the building through rack storage, as you can imagine what's in this building, rack storage and product," Chief Hale said.

It took more than 60 firefighters from Dinwiddie, Petersburg, Colonial Heights, and Chesterfield about 45 minutes to bring the fire under control.

Hale said the fire inside Amazon was intense.

"At this point, we estimate it burned about six track sections, which are anywhere from 25-30 feet in length and 30 feet tall," he said.

No injuries were reported in the fire.

It was unclear how the fire will impact deliveries at the Amazon center and whether the center will reopen for business on Tuesday.

Safety, as always, is our number one priority. This evening’s shift and tomorrow’s day shift at the fulfillment center has been cancelled. Fire departments are still on site and we continue to work with them to assess the situation. Associates will be notified of any further shift cancellations or when operations resume. We rely on a vast nation-wide network to fulfill customer orders., so the impact to customer orders is minimal.