RICHMOND, Va. — Virginia Tech’s Tremaine and Terrell Edmunds made history Thursday night when they became the first brothers to ever be picked in the first round of the same NFL draft.

As expected, linebacker Tremaine Edmunds was taken in the first round, 16th overall by the Buffalo Bills. Only 12 picks later, older brother and safety Terrell was selected by the Pittsburg Steelers with the 28th overall pick.

Terrell, who attended the draft along with Tremaine, said he didn’t expect to join his brother as a first round draft pick.

Tremaine said enjoyed the draft process with his brother, and the culmination Thursday night was even better.

“Man, it was great,” he said. “Definitely to see my other brother get drafted tonight, it was a big time relief for my whole family. I know everybody’s excited and I’m excited. It’s a long time coming, but we can finally say that we made it.” 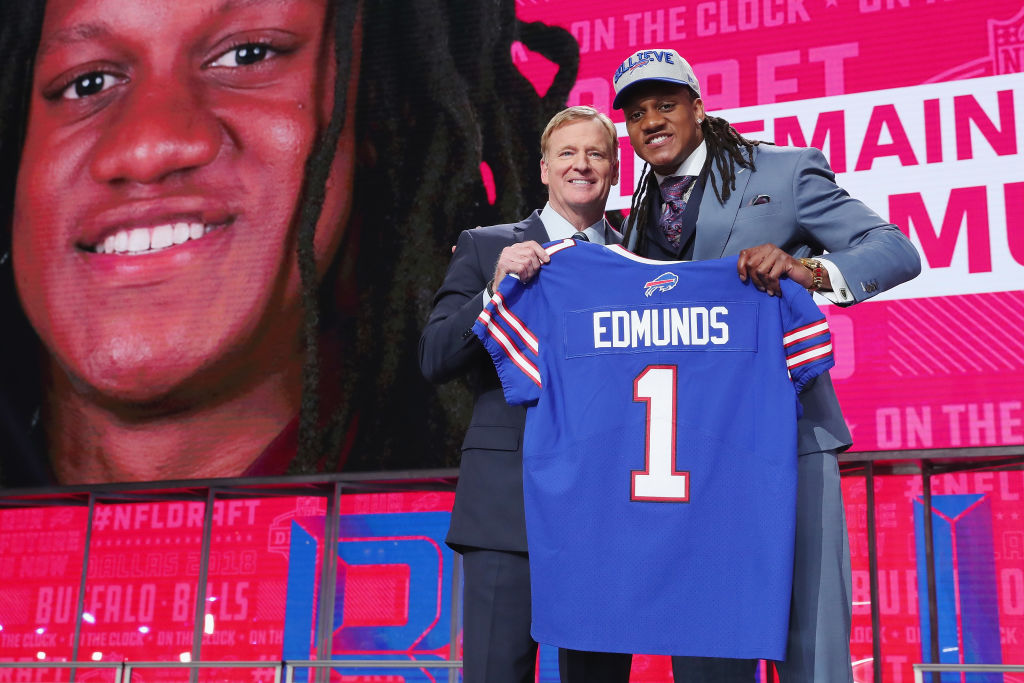 The brothers are natives of Danville, Virginia and the sons of 2-time Pro Bowl tight end Ferrell Edmunds.

Tremaine also made history by becoming the second-youngest player drafted in the common draft era at 19 years, 11 months and 25 days old.

Barring a meeting in the playoffs, the Edmunds brothers will play each other in 2019 when the Bills and Steelers meet in the regular season.