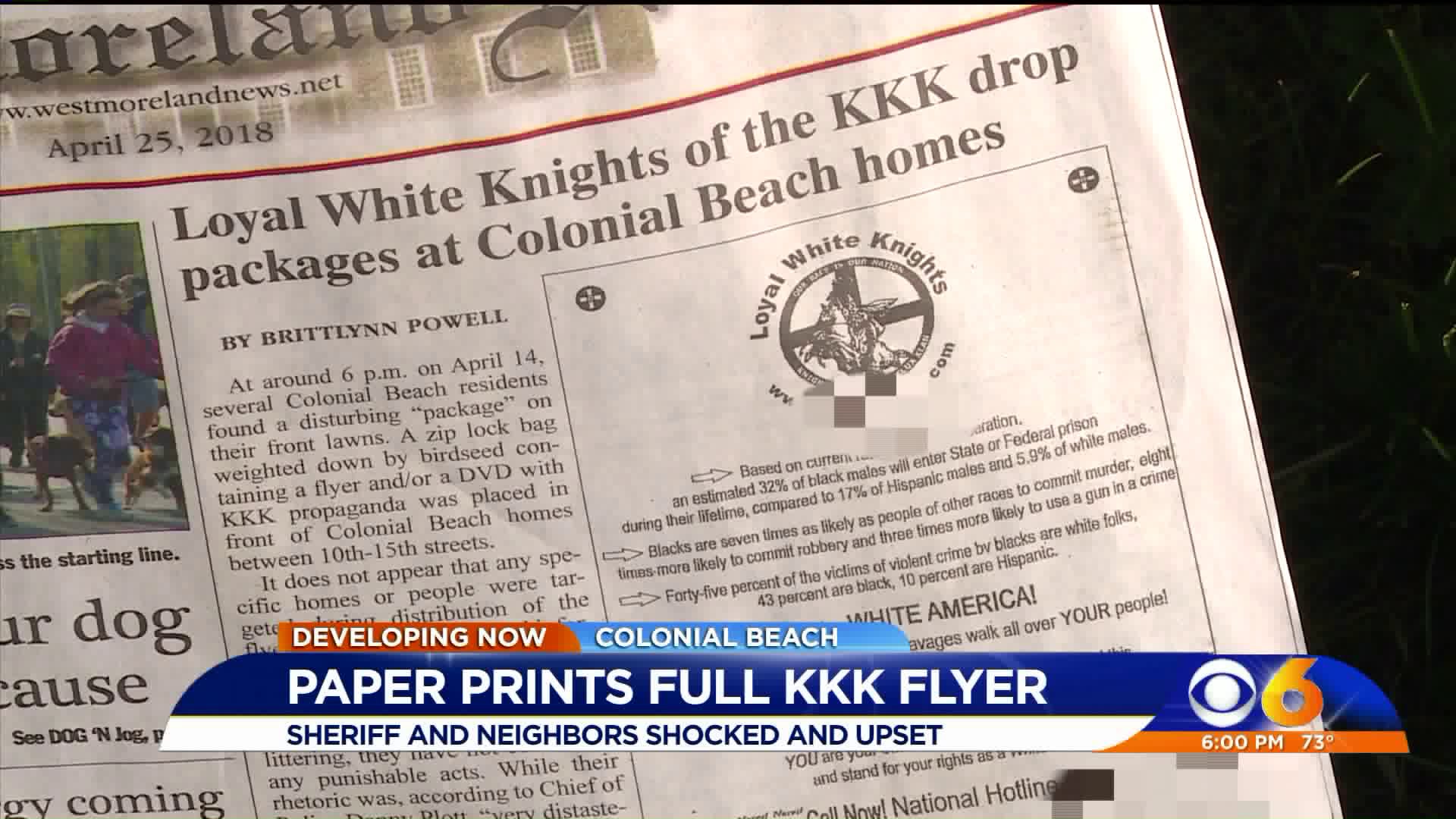 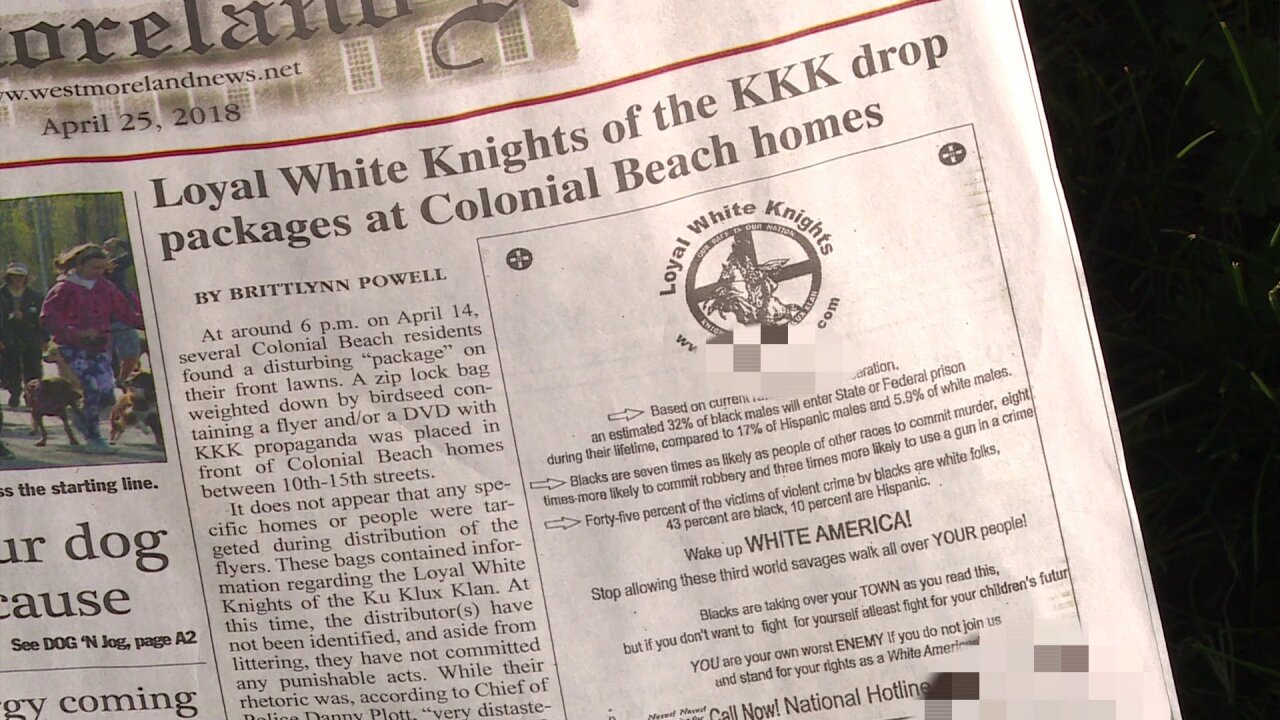 WESTMORELAND COUNTY, Va. -- Those who live in Colonial Beach cherish the area for its tranquility, but a recent KKK flyer printed on the front page of a local newspaper, is causing contention.

Betty Tate Thompson says it started when neighbors saw a story in the Westmoreland News about the KKK spreading recruitment flyers.

Next to the front-page story was a complete copy of the hate filled flyer.

“They posted the whole flyer as if they were giving them free advertising,” said Thompson. “It even had the number on flyer to contact the head of the KKK. Which I thought was totally ridiculous!”

She’s not the only one fuming, Police Chief Danny Plott said he was shocked.

He says he sent the flyer to the paper only to inform them that it was being distributed to dozens of property owners. He says he didn’t think it would be published.

“That kind of shocked me, and I wrote them a very strongly worded email,” said Plott.

Plott said the editor called him back with an explanation.

“She explained that she wanted to put it in to show people that those of us in Colonial Beach who may think there’s not racism; there is and I think she didn’t expect for this to blow up the way it did and with this outcome,” explained Plott.

He said the calls from upset neighbors have poured in.

“Most of them called and said could you come and get this crap,” Plott said of the community reaction.

“Unfortunately, it was racially hateful propaganda… In a free society… you are going to have people that say some pretty disgusting things in my view,” he added.

The paper’s editor added this disclaimer on the page:

“Westmoreland News in no way condones or supports the content or message of this flyer, nor does it condone or support any branch of the Loyal White Knights, or the KKK.”

“At this point, the flyer doesn’t even matter. It’s on the front page of the newspaper for everybody to see,” added the resident.

Some neighbors tell us they contacted the paper to share their concerns. Others say they will no longer buy the paper and would like to see advertisers pull out.

CBS 6 reached out to Westmoreland News for a comment and we are still waiting on a reply.