COLONIAL HEIGHTS, Va. – Officers were trying to get information from the driver of a Toyota pickup truck when police said the suspect sped away in Colonial Heights Friday afternoon.

The scene unfolded in the Southpark Mall parking lot as officers were questioning the suspect.

Video shows the pickup speeding away -- with the driver’s side door open – before briefly going airborne while jumping a curb in the parking lot.

Minutes later CBS 6 cameras captured the pursuit as it ended along Route 10 in Chester.

Police said Joseph Tyrell Menzies of Hopewell is facing multiple felony charges, including assault on a police officer, and hit and run. 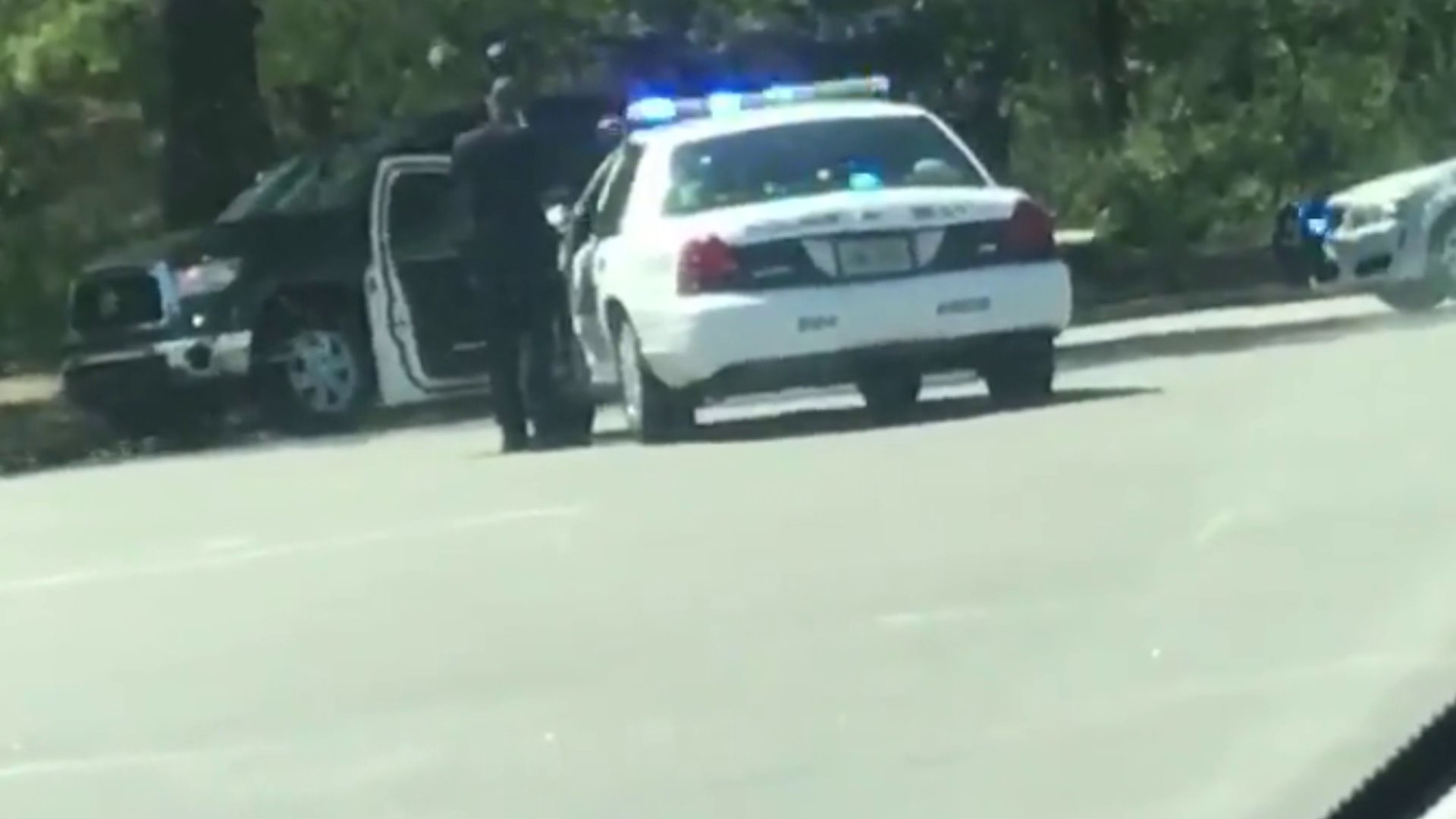