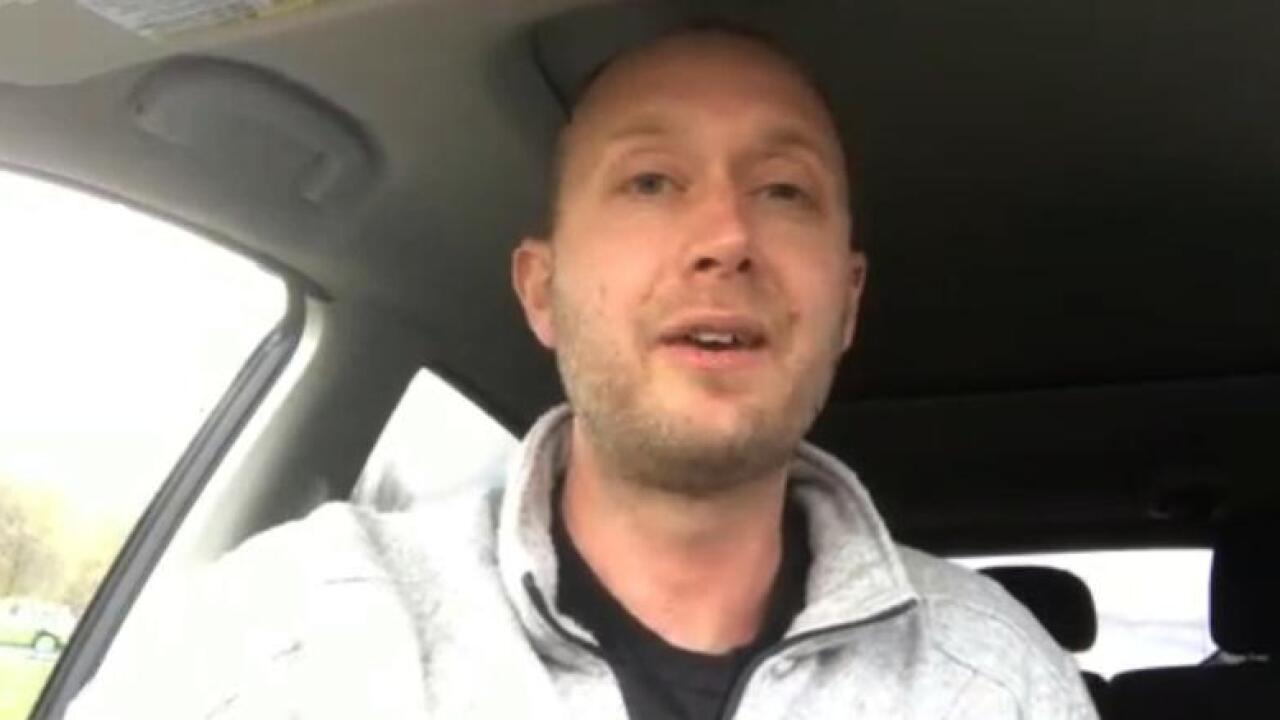 The Rev. Timothy Bourman said he grabbed his wife’s hand and prayed Tuesday as his Southwest flight dropped in midair and an oxygen mask dangled in front of his face.

“I just said, ‘Jesus … send your angels,’ ” Bourman told “AC 360” Wednesday, recounting the terror after the flight’s engine failed midair and its debris blew out a window.

Bourman, who sat in the second-to-last row with his wife, Amanda, was among the 144 passengers on the Dallas, Texas-bound Southwest Airlines Flight 1380 that made an emergency landing in Philadelphia. Bourman said he thought he was going to die, but he worried more about his three young daughters than himself.

“I knew … that my God was going to take care of me one way or another,” he said.

Hear the chilling audio from the Southwest Airlines Flight 1380

The terrifying episode unfolded about 20 minutes after the flight left New York’s LaGuardia Airport. Bourman said he had just finished playing a game of Sudoku when, “the plane just dropped.”

The National Transportation Safety Board is onsite inspecting a Southwest airline plane after engine failure caused the plane to make an emergency landing at Philadelphia International Airport.

Passengers had to pull one passenger sitting in row 14 — later identified as Jennifer Riordan — back into the plane when she was being sucked out the broken window. Bourman recalled air shooting out of the cabin.

He said a passenger “with this big brim hat” threw himself at the broken window.

“He was pulling somebody in and making sure nobody else was going to get pulled out and hurt,” Bourman said. “He was a real hero.”

Riordan, 43, was a well-known leader and altruist from New Mexico. She died at a hospital from blunt trauma of the head, neck and torso, a spokesman with the Philadelphia Department of Public Health said.

During the flight, Bourman said he knew he needed to get a message to his daughters.

He said he thought: “They’re going to get this from their dad from the grave, something that they could always have to know that we loved them.”

His message said: “Never lose your faith in God. Jesus loves you girls,” he said.

He doesn’t know how long it took before the plane landed.

In the moment of relief, on the tarmac, passengers rejoiced in the cabin.

“We became best friends with everybody on the plane and we started high fiving everyone when we had finally landed,” Bourman said.

The passenger next to him remarked how calm Bourman seemed, the pastor recalled; he never put on his oxygen mask.

Bourman said he was indeed scared.

“But I also knew that whatever God’s plan for me was, I was going to be blessed either way,” he said.