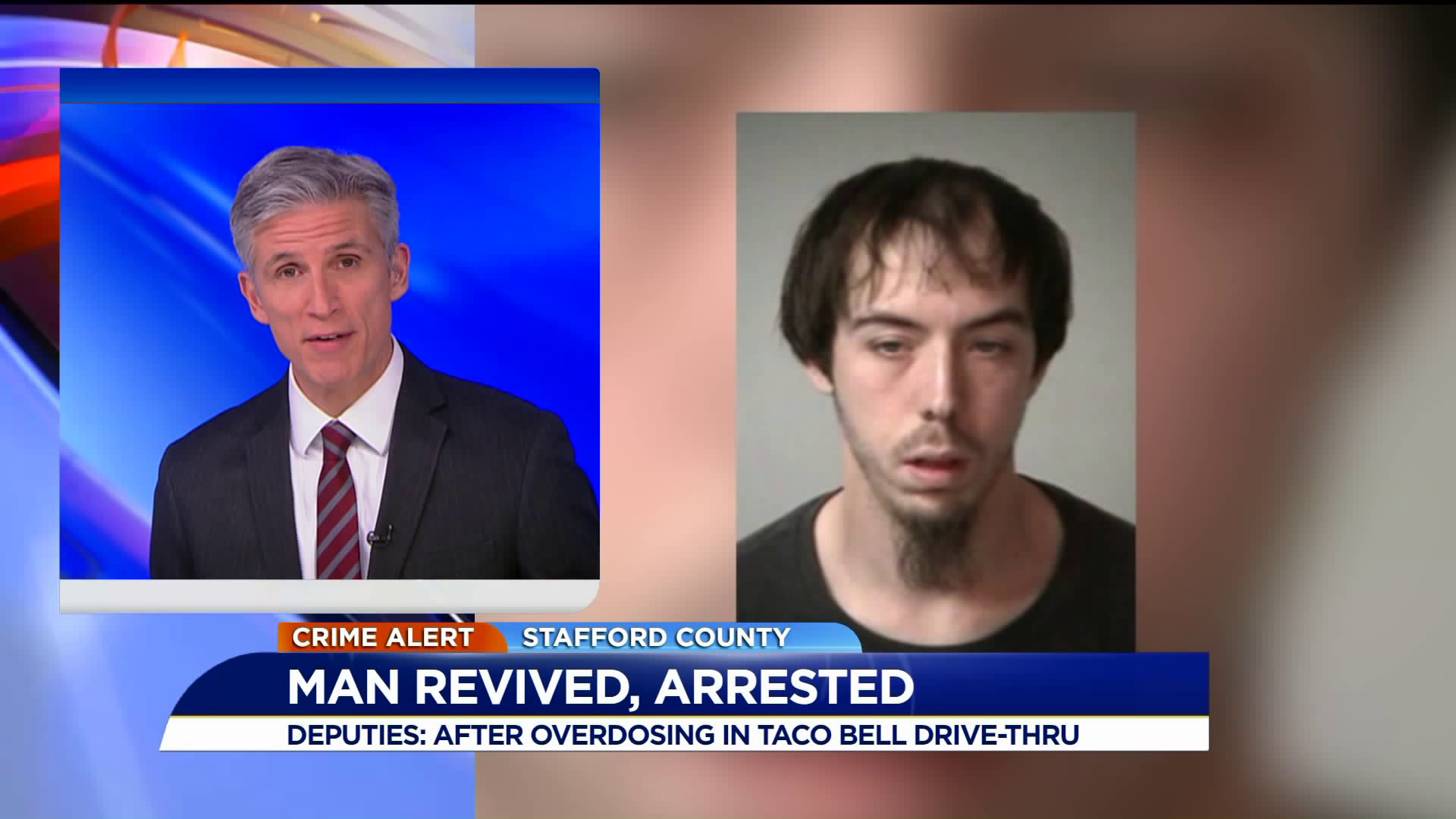 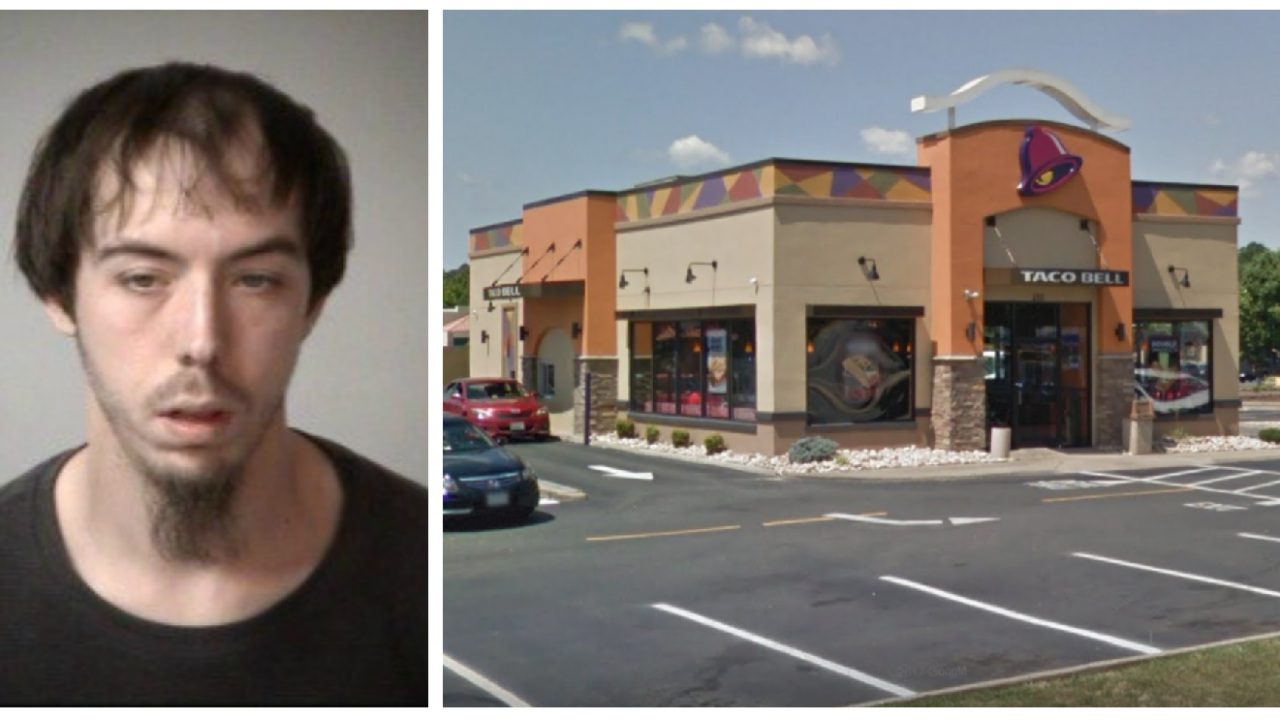 STAFFORD COUNTY, Va. – A Stafford County man was revived then arrested after overdosing in a Taco Bell parking lot, according to the Stafford Sheriff’s Office.

A deputy responded to a call regarding an unresponsive male in a vehicle at Taco Bell.

Upon arrival, the deputy located Edwards in the driver’s seat of a vehicle in the drive-thru of the fast-food restaurant.

Deputies say there was a needle in the suspect’s right hand and the vehicle was still in drive.

Investigators say the deputy on scene removed the needle from Edwards’ hand and revived him using Narcan.

“When the suspect awoke, he told the deputy there was heroin in the vehicle and he had used it within the past 30 minutes,” according to a sheriff’s office spokesperson.

Edwards was treated by rescue on scene and transported to Rappahannock Regional Jail.