Applebee’s hostess arrested for stealing from Chesterfield mom: ‘She put her hands in the air’ 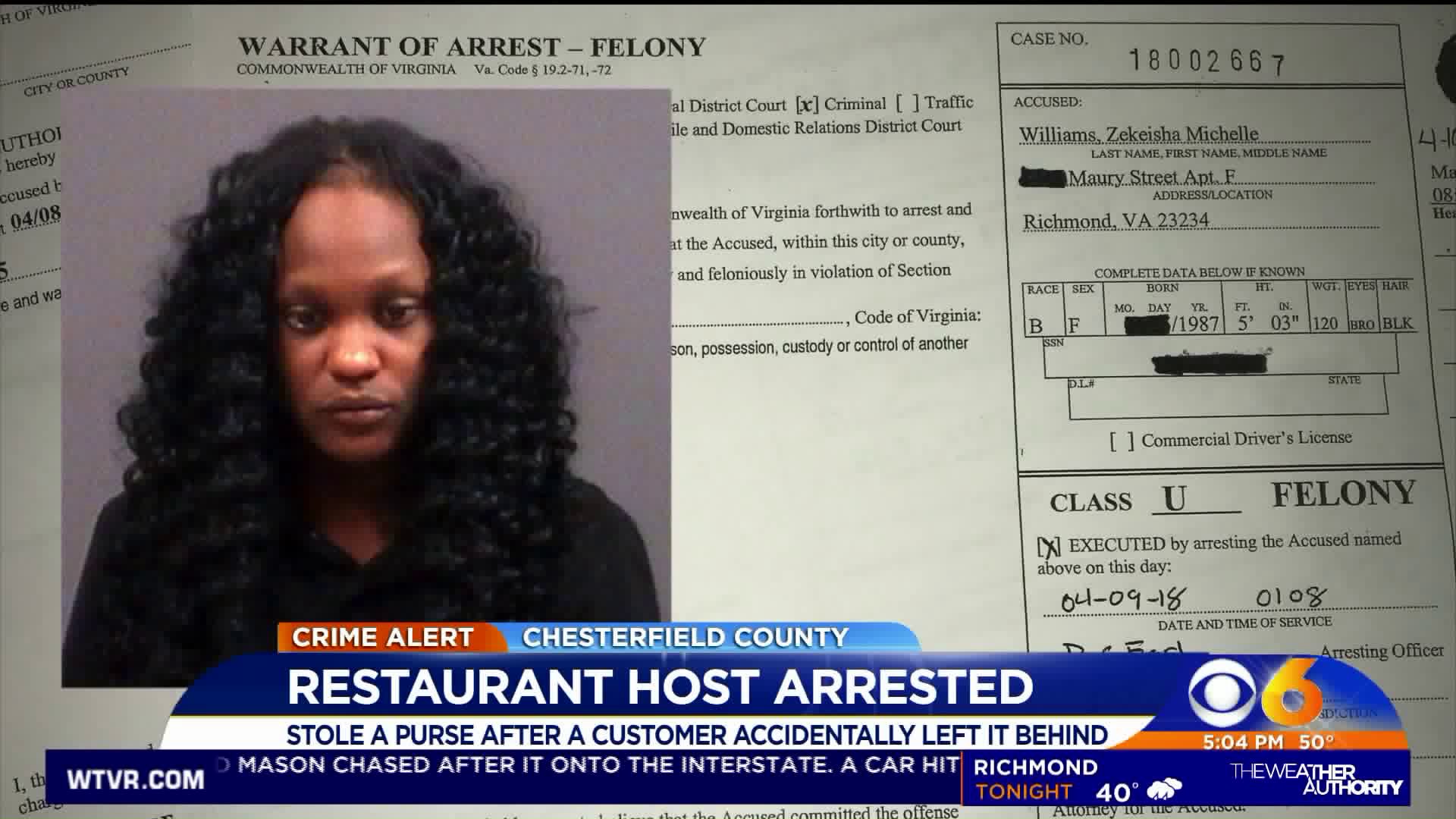 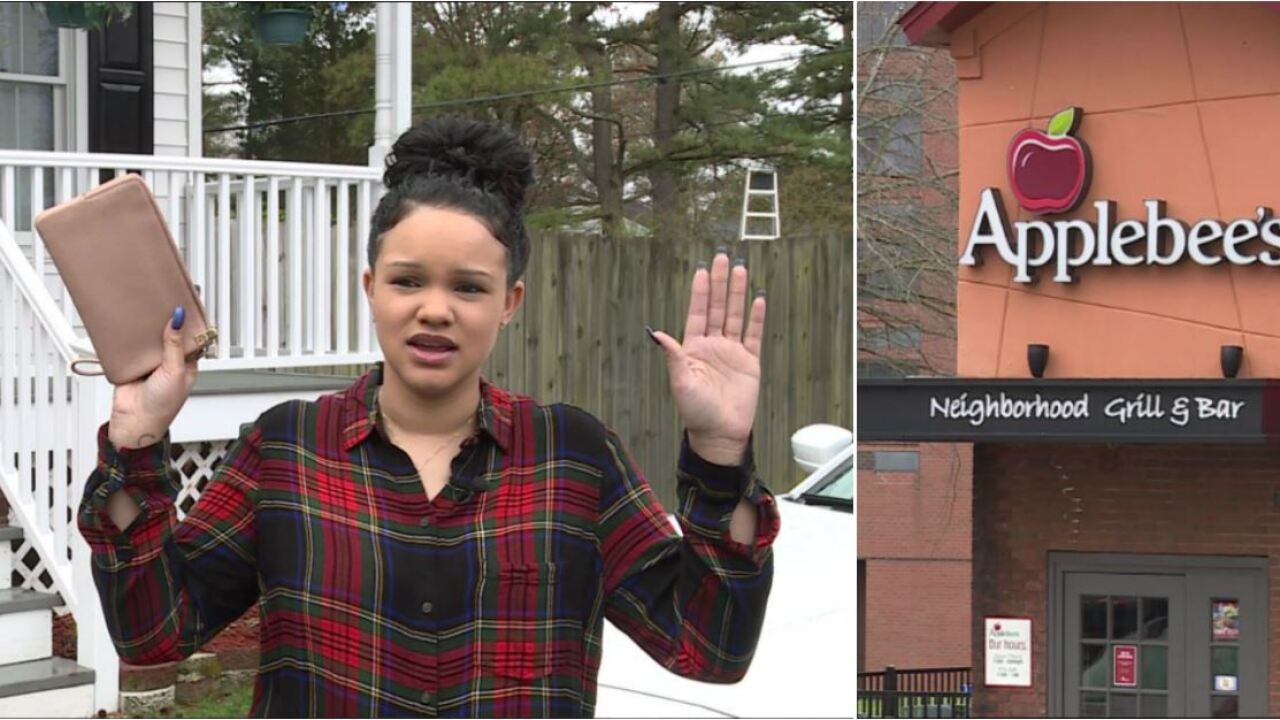 CHESTERFIELD COUNTY, Va. -- An Applebee's hostess, on the job less than a month, was arrested and charged with stealing from a customer.

Ashley Jones, 23, was celebrating her birthday with friends and her infant son Sunday at the Applebee's near Midlothian Turnpike and Robious Road.

After their meal, Jones walked back to her car and realized she had left her wallet on the table.

"I knew exactly where it was, leaning against the table," Jones said. "As soon as I got in there, I went to the table and [the hostess] put her hands up in the air. I didn't understand."

Ashley Jones said she saw the hostess put her hands in the air when she asked about her missing wallet.

When asked directly if she had seen the wallet, Jones said the hostess stepped back, raised her hands again, and eventually said she had not seen it. She then brought Jones to the hostess stand and asked her to leave contact information in case the wallet turned up.

Jones was not comfortable with the situation, so she said she asked to speak with a manager.

She said the manager was not helpful and did not seem to care about the missing wallet. He told her he could not access security footage that could have shed light on the situation.

An officer arrived quickly, she said, and handled her concerns in a "great manner."

"He was awesome," Jones said.

The officer asked Jones to wait in her car while he reviewed the security footage.

When he eventually called her back inside, she said she saw the hostess in handcuffs.

"When police searched her, they found the victim’s purse inside the employee’s purse," a Chesterfield Police spokesperson said.

Williams, police said, was also wanted in another jurisdiction for forgery, identity theft, failure to display lights and driving with a suspended/revoked license.

"She was lying the whole time," Jones said. "She saw me with my son. I have a nine-month-old child. It's just like, 'you really don't care.'"

Jones said she was also upset with the treatment she received from the restaurant manager.

After several phone conversations Monday, she said she was happy with the way the corporate office responded to her concerns -- including additional training for the manager.

"This was an isolated incident, and what happened goes against everything we stand for as a company," Dennis Benson, Chief Operations Officer at Potomac Family Dining, said. "We immediately terminated the employee and are fully cooperating with the police investigation. Further, we are working with our teams to ensure this doesn’t happen again in one of our restaurants."