GOOCHLAND, Va. –The westward expansion of Richmond-based West Creek Brewery is now complete and though the grand opening of the $28 million facility is from April 6-8,  the brewery is currently open for business (soft openings) –- and will even host its first beer release at 1 p.m. on Saturday, March 31.

The first planned beer release will be something of a celebration itself, with 100 cases of the lauded Foolery for sale, an imperial stout aged for 12 months in bourbon barrels, along with the popular Bourbon Barrel Cru, an Abbey-style Quadrupel.

Though it may be under 20 miles door to door, from the popular spot on Ownby Lane to the new West Creek location, the buildings are leagues apart. Whereas local breweries have adapted to old warehouses, the new Hardywood was built from scratch. The result is a spacious beer cathedral -- a temple of hops -- set amid 24 acres that overlook Tuckahoe Creek. It has a 55,000 square foot brewery, 4,000 square foot taproom, 1,500 square foot mezzanine area, and a 2,000 square foot patio – with firepit. 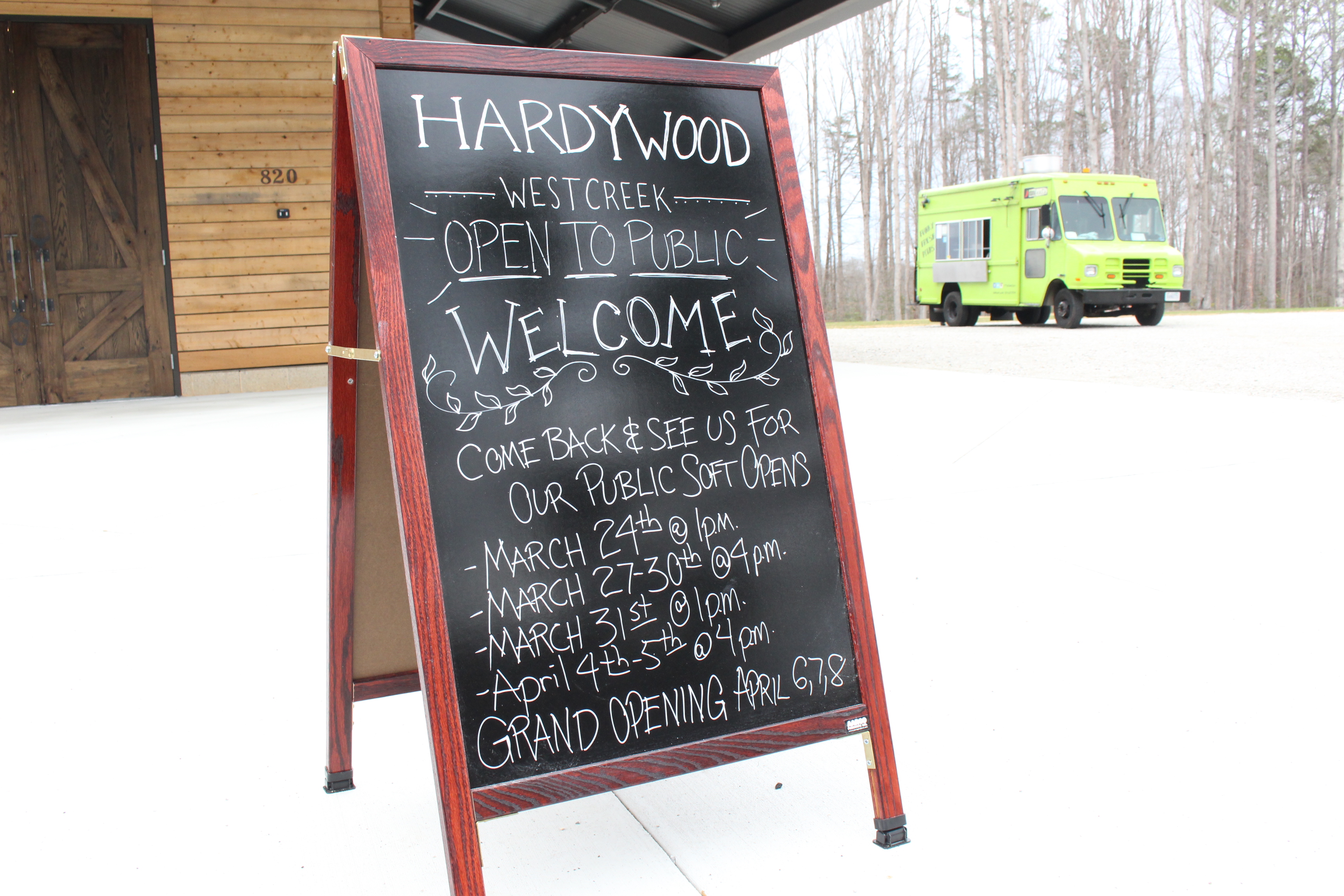 The building is a result of numerous partnerships with local contractors and craftsmen who struck a perfect balance between the bucolic setting and the industrial brewery production, with a warm cedar interior and exterior welcoming guests.

The tall, regional pine ceiling more than accommodates the 60-barrel BrauKon brewhouse that will brew flagship beers Singel, Pils and VIPA, and its Virginia Roots series of beers brewed with Va. ingredients.

The front doors and furniture were created from oak and maple trees felled on the property.

Hardywood West Creek will open with 35,000 barrels of annual brewing capacity, with the ability to scale up as needed for years to come; essentially tripling the current output.
Scale is something Hardywood has already accomplished, in many regards. They are one of the biggest influences of the local craft beer boom, which in turn has impacted other markets. Their commitment to incorporate local grains, hops, fruit and other products has made them the largest purchaser of Virginia agricultural products in the brewing industry.

There are approximately 200 parking spaces available, with more to be added in the future. Overflow parking will be available in the lot across West Creek Parkway at $3/vehicle. The brewery encourages carpooling, Uber, Lyft or cab.

There will be bands and food trucks during the grand opening. See link for more details.